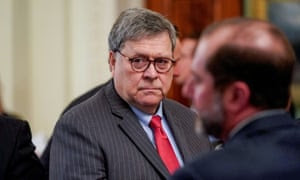 The big take home is that any access to USA aid will be dependent on the recipient's enthusiasm for ending human trafficking.  This makes ample sense. it is quite measurable in the sense that exported victims can be tracked and that is something all will do.  Countries of origin can then be brought up on those numbers.   At the same time, it provides profound leverage for internal organizations who are fighting the problem.


Not perfect of course, but it all increases costs for the traffickers.

There is no reason that the developed world cannot be made profoundly hostile.  Of course, we also need to make the whole sex industry in particular legal in terms of adult participation.  That still leaves the problem of juvenile predation by traffickers.  Yet it removes the majority of the trade from the criminal operations.

It also means that the legal market will have a market to protect and a natural ally of enforcement.

Criminalization of human vice has never worked terribly well, but market minimization through legalization and regulation has a good track record.

The key is minimization as in no tobacco ads.  It cannot completely end the problem but it can hugely reduce it to only the most determined..
.

Trump Administration Aware of The Crisis

“Emblematic in many ways is one horrific case I was briefed on recently in the Southern District of New York. A very dedicated team of prosecutors doggedly pursued a few little leads and ended up convicting 19 defendants in Manhattan with sex trafficking of minor girls and young women in the New York State child welfare system. In other words, children who society had a special obligation to protect ended up being instead exploited,” Attorney General Barr stated.

The DOJ announcement on that case makes clear the chilling level of manipulation that went into procuring sex victims from a Westchester County residential treatment facility.

In August 2019, I exposed child molestation and child prostitution allegations in a California child welfare system in my Epoch Times piece “A Betrayal of Trust,” which sparked discussions on the for-profit industry of child removal by Child Protective Services agencies, (READ: How The Clintons Turned The CPS System Into A Monster).

President Donald Trump’s effort to stop human trafficking goes forward with the full weight of the federal government behind him.

“In the last 3 years, ICE has arrested over 5,000 wicked human traffickers — and I have signed 9 pieces of legislation to stamp out the menace of human trafficking, domestically and around the globe. My Administration has undertaken an unprecedented effort to secure the southern border of the United States,” President Trump stated in his State of the Union address Tuesday night.

President Trump proposed not sending foreign aid to countries who — like “Washington politicians” — are all talk, no action on stopping child sex trafficking.

The president gave special credit to White House point person Ivanka Trump and to ambassadors in the audience including Calista Gingrich, Sam Brownback, the attorneys general of Florida and Georgia, and the lieutenant governors of Florida and North Carolina. Attorney General William Barr and Vice President Mike Pence were also in attendance at the Summit.

“In the modern age, the level of evil is unbelievable,” said President Trump, who has dramatically increased human trafficking arrests.

“Human trafficking is worse than ever before…An estimated 25 million people around the world today are being held captive, manipulated or abused by human traffickers,” Trump stated.

“When I took office, ISIS controlled over 20,000 square miles…We have totally defeated the ISIS caliphate in Syria and Iraq,” Trump said, highlighting one of the world’s worst recent offenders in the human trafficking business. ISIS also recently controlled Syrian oil wells, with the complicity of the previous Obama administration.

Lots of countries, like Washington politicians, are all talk no action, and Trump said he will not send them money any more.

“We will not rest until we have stopped every last human trafficker and liberated every last survivor,” President Trump said before turning the microphone over to a female survivor of human trafficking who will now advise the Trump administration on its anti-trafficking efforts.
Posted by arclein at 12:00 AM