What name did the Nazis call themselves? 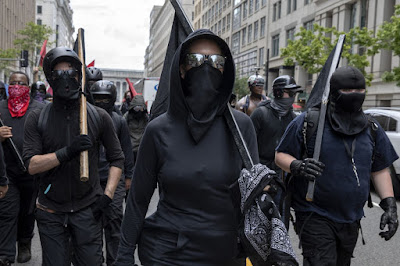 We need to know things like this.  Far too often a slur is fed into the public conversation and its negative content is lost in translation.   It also shows us just how easy it was.

It is also true that the whole NAZI MEME has lost much of its deep negative association. Folks are dying out and the rest are too far removed to really grasp just how they truly convulsed the whole world.  They knocked over both Germany and France inside a decade and promoted allies in every country.

Communism did much more, but that included taking down the NAZIs.  Both movements would have collapsed from their internal contradictions as we saw happen to Communism.  Both slaughtered tens of millions of their own citizens.

There are three political MEMEs we need to understand.  The oldest is the BIG MAN or King, the other two are way more recent and organize the mob to establish BIG MAN rule under the MEME of either NAZI or RED.  They are all the same thing and they all worship hierarchy as a tool to control the economy to their benefit.

Today's problem that is slowly cooking off is that the none of these forces have ever surrendered and do continue to move against any alternative political system.  They have retained huge access to cash away from government control and are always spending to reassert their political dream.  These are really stupid people.  The evidence is there to find and see.  They do rely on creating chaos as well in order to push their agenda and their allies and useful idiots.

The good news is that the DEMOS is engaged and has awoken.  This is true globally and the process is continuing.  It still demands time and that is the hardest thing to properly accept.  Right now, if you do not look, you will not see.

What name did the Nazis call themselves?
Rick Edmondson, studied at City of London School

It is funny, but Hitler didn't call himself a Nazi. Indeed, he became quite offended when anyone did suggest he was a Nazi. He would have considered himself a National Socialist. Nazi is, and always has been, an insult.


Hitler was head of the catchily-named National-sozialistische Deutsche Arbeiterpartei (National Socialist German Workers’ Party). But, like the Cambridge University Netball Team, he hadn’t thought through the name properly. You see, his opponents realised that you could shorten Nationalsozialistische to Nazi. Why would they do this? Because Nazi was already an (utterly unrelated) term of abuse. It had been for years.


Every culture has a butt for its jokes. Americans have the Polacks, the English have the Irish, and the Irish have people from Cork. The standard butt of German jokes at the beginning of the twentieth century were stupid Bavarian peasants. And just as Irish jokes always involve a man called Paddy, so Bavarian jokes always involved a peasant called Nazi. That’s because Nazi was a shortening of the very common Bavarian name Ignatius.
This meant that Hitler’s opponents had an open goal. He had a party filled with Bavarian hicks and the name of that party could be shortened to the standard joke name for hicks.
Imagine if a right-winger from Alabama started a campaign called Red States for the Next America. That’s essentially what Hitler did.
Hitler and his fascists didn’t know what to do about the derogatory nickname Nazi. At first they hated the word. Then, briefly, they tried to reclaim it, in roughly the way that some gay people try to reclaim old insults like queer. But once they got to power they adopted the much simpler approach of persecuting their opponents and forcing them to flee the country.
Refugees started turning up elsewhere complaining about the Nazis, and non-Germans of course assumed that this was the official name of the party. Meanwhile, all the Germans who remained in Germany obediently called them the Nationalsozialistische Deutsche Arbeiterpartei, at least when the police were listening. To this day, most of us happily go about believing that the Nazis called themselves Nazis, when in fact they would probably have beaten you up for saying the word.
So it all goes back to the popularity of the name Ignatius. The reason that Ignatius was such a common name in Bavaria is that Bavaria is largely Catholic and therefore very fond of St Ignatius of Loyola, founder of the Society of Jesus, better known as the Jesuits.
(I can’t claim credit for the above, I adapted it from the excellent book, The Etymologicon by Mark Forsyth.)
51.1k views · View Upvoters · View Shar
Posted by arclein at 12:00 AM

"It is also true that the whole NAZI MEME has lost much of its deep negative association. Folks are dying out and the rest are too far removed"

Let's not downplay the constant misuse of the term by the left wing to describe anything they don't like, to the point where being called a Nazi is now not much more offensive than being called a doo-doo-head.