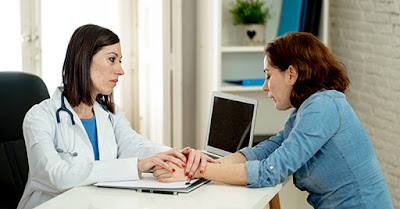 Look.  Injecting anything into your bloodstream is not supported by biological indications ever.  The level of screening and research demanded is massive and expensive.  Now the industry has promoted a massive expansion of application for many components whose history held them below a certain threshold.  That seemed to support safety but it was questioned for cause.


Now HPV has specifically caused a sharp unexpected leap in cervical cancer decades earlier than expected.  I really could not ask for a superior statistical proof.  If direct statistical proof can be ignored, then this industry has to go and the sooner the better.


The potential for fraud has always existed.  It is becoming clearly that has been the business plan, not least because actual statistical proof is often way too hard and is certainly unnecessary in a medical emergency, for which the protocol was designed for. .


By the Children’s Health Defense Team

Human papillomavirus (HPV) vaccines hit the global marketplace in the mid-2000s. From the start, public health agencies enthusiastically promoted HPV vaccination as the “best way to protect [young people] against certain types of cancer later in life.” However, a blistering new study by British researchers—and new data showing that cervical cancer rates are surging in British 25- to 29-year-olds—raise numerous questions about officials’ inflated claims. The study’s results indicate, instead, that the jury is still out on whether HPV vaccination is effective.

The trials’ questionable methodology generated “uncertainties” so significant that they undermine claims of efficacy.

The 2020 study, published in the Journal of the Royal Society of Medicine, critically appraises twelve published randomized controlled trials that HPV vaccine makers GlaxoSmithKline and Merck used to buttress assertions about their vaccines’ efficacy (Cervarix and Gardasil). The British authors do not beat around the bush in presenting their conclusions, which include the following:
… a cervical cancer “peak” at ages 25-29 represents a “big change” from the pattern that prevailed in Britain in previous decades—when cervical cancer peaked in women aged 50-64.

Now consider these uncertainties against the backdrop of the United Kingdom’s HPV vaccination program—launched with great fanfare in 2008 with the bivalent Cervarix vaccine (replaced by Gardasil in 2011). The UK’s program rapidly achieved a high national uptake—on the order of 76% to 90%—making it “one of the most successful globally.” Although the HPV vaccination program primarily targeted 12-year-olds, Britain also operated a “catch-up” program during the initial three-year period (2008-2011) that encouraged girls ages 13-18 to get vaccinated. By mid-2018, the UK government estimated that 80% of 15- to 24-year-old girls and women had received the vaccine.

Given that Britain’s HPV vaccine uptake was high from the get-go, many of the women now in their mid to late twenties who are experiencing the spiking cervical cancer rate must have been among the UK’s first HPV vaccine recipients. How does this uncomfortable fact square with Public Health England’s sunny endorsement of HPV vaccination and its confident prediction (in 2018) that it would be able to “get an accurate picture of the impact this vaccine will have on this devastating cancer” as soon as vaccinated girls reached ages 25-29?

The public health agency classifies 25- to 29-year-olds as the age group most commonly affected by cervical cancer but does not mention that a cervical cancer “peak” at ages 25-29 represents a “big change” from the pattern that prevailed in Britain in previous decades—when cervical cancer peaked in women aged 50-64. In the United States, where HPV vaccine uptake has been considerably lower, women in their mid to late twenties have the second lowest cervical cancer rate, with a peak in women ages 40-44.

There are several plausible explanations for rising cervical cancer rates in the context of high vaccine uptake. One is the phenomenon known as “type replacement”—in which an HPV vaccine that covers only four to nine of the 100-200 types of HPV “may lay bare an ecological niche for non-vaccine HPV types,” some of which may be high-risk for cervical cancer. A 2016 study that analyzed the prevalence of 32 types of HPV in women with cervical abnormalities acknowledged the potential for “a continuous shift in the prevalence of HPV types as a result of vaccination” as well as the potential for increased transmission of more virulent nonvaccine types. Another study published around the same time confirmed that vaccinated women “had a higher prevalence of high-risk nonvaccine types.”

Receiving the HPV vaccine when one already has HPV is another cause for concern. In his Robi vs. Merck Science Day presentation, Robert F. Kennedy, Jr. noted that Merck’s pre-clinical trial records for Gardasil “show that girls or women who already had HPV—had been exposed at some point in their life to it—actually had a negative efficacy of 44.6 percent. What is negative efficacy? It means those girls had a 44.6 increased risk of getting those precancerous lesions.”

A third concern has to do with the decline in cervical cancer screening. Cancer Research UK is cognizant that “Cervical cancer is one of the few cancers that can be prevented through screening” and it is, therefore, a strong proponent of pap smear screening, but the organization’s research shows that the number of UK women seeking screening has reached a “record low.” One reason is because many women don’t feel they are at risk. British cancer prevention experts have expressed worry that women may be lulled into complacency by the HPV vaccine’s promises and “may stop going to screening because they think it’s not important.”

… where cervical cancer was declining prior to vaccination, Gardasil has reversed the trend, “with a significant increase in the frequency of invasive cancers in the most vaccinated groups.”

A foundation of fraud

As frank as its conclusions are, the study in the Journal of the Royal Society of Medicine barely scratches the surface of the dubious—and fraudulent, as the Robi vs. Merck lawsuit alleges—methodological shenanigans that manufacturers and industry-captured regulators deployed to fast-track HPV vaccines into worldwide use. Dr. Nicole Delépine—a French physician specialized in both pediatrics and oncology and a member of numerous professional associations devoted to cancer care and research—has written about the “paradoxical effect” of HPV vaccination on cervical cancer rates in Britain as well as other high-vaccine-uptake countries such Australia, Sweden and Norway. In all of these settings, where cervical cancer was declining prior to vaccination, Gardasil has reversed the trend, “with a significant increase in the frequency of invasive cancers in the most vaccinated groups” [emphasis in original].

These facts need to be brought to the attention of the U.S. legislators contemplating HPV vaccine mandates. For example, New York Senator Brad Hoylman (D) and Assemblywoman Amy Paulin (D) have co-sponsored legislation to mandate that all seventh graders in public and private schools receive the HPV vaccine, and additional proposed legislation in New York (again co-sponsored by Hoylman) would allow children ages 14 and above to receive vaccines without parental knowledge or consent. These legislators should keep Dr. Delépine’s words of warning in mind: “It takes a long time to affirm that a preventive action really protects,” but “Evidence that vaccination increases the risk of invasive cancer can be rapid if the vaccine changes the natural history of cancer by accelerating it.” And this is exactly what we are seeing.
Posted by arclein at 12:00 AM