Corona Virus - Getting Colloidal Silver Into the System, Quickly and Effectively 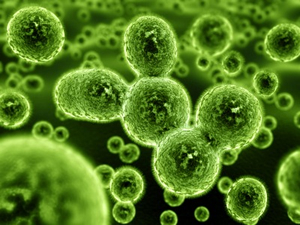 We are now facing a global virus pandemic which has a real measurable death rate.  The best system to stem the disease is the uses of an off the shelf nebulizer and colloidal silver.  Obviously this should always be our first recourse for all forms of infectious agents.  It has worked well for over a century and the focus needs to be now on best practice.

You need this knowledge.  Nothing else is likely to work as well and may even be suspect.  This is likely to be your best option and it also applies to a lot of other chronic low level infection situations that we may suffer from.

The real danger is barely apparent yet.  that will obviously change soon enough..

Getting Colloidal Silver Into the System

A nebuliser is a device that converts liquid into aerosol droplets suitable for inhalation. Nebulisers use oxygen, compressed air or ultrasonic power to break up medication solutions and deliver a therapeutic dose of aerosol particles directly to the lungs.

Pressurized air passes through the tube and turns the liquid treatment into a mist. During an asthma attack or an infection, the mist may be easier to inhale than the spray from a pocket inhaler. When your airways become narrow — like during an asthma attack — you can’t take deep breaths. For this reason, a nebulizer is a more effective way to deliver things like colloidal silver etc than an inhaler, which requires you to take a deep breath.

In the nineteenth century, colloidal silver -- also known as Argentum colloidale, Argentum crede and collargolum -- was a prominent treatment for everything from colds to skin infections. In the 1940s, the FDA began its decades-long oppression of medicinal silver under the guise that it was unsafe; however, in reality, the FDA banned silver because of the threat it poses to the antibiotics industry, rather than any threat it poses for your body. Some countries completely dissagree with the FDA

'We are constantly filtering all kinds of bacteria
Getting Colloidal Silver Into the System,
Quickly and Effectively

"Like werewolves and vampires, bacteria have a weakness: silver. The precious metal has been used to fight infection for thousands of years — Hippocrates first described its antimicrobial properties in 400 bc — but how it works has been a mystery. Now, a team led by James Collins, a biomedical engineer at Boston University in Massachusetts, has described how silver can disrupt bacteria, and shown that the ancient treatment could help to deal with the thoroughly modern scourge of antibiotic resistance. The work is published today in Science Translational Medicine "

“Resistance is growing, while the number of new antibiotics in development is dropping,” says Collins. “We wanted to find a way to make what we have work better.”

"Collins and his team found that silver — in the form of dissolved ions — attacks bacterial cells in two main ways: it makes the cell membrane more permeable, and it interferes with the cell’s metabolism, leading to the overproduction of reactive, and often toxic, oxygen compounds. Both mechanisms could potentially be harnessed to make today’s antibiotics more effective against resistant bacteria, Collins says.

Many antibiotics are thought to kill their targets by producing reactive oxygen compounds, and Collins and his team showed that when boosted with a small amount of silver these drugs could kill between 10 and 1,000 times as many bacteria."

Infectious diseases, accounts for over 7% of the deaths in the US, and major expenditures.
Antibiotic resistance is a major problem.

The CDC estimates that 76,000,000 get sick from food borne illnesses. Influenza, rotavirus and RSV each sicken and hospitalize thousands of kids every year. About 100,000 to 135,000 people are hospitalized with pneumococcal pneumonia every year. And about 30% of these patients have bacteria resistant to antibiotics.

Is There Some Other Way To Get Colloidal Silver Into the Body, Quickly and Effectively? 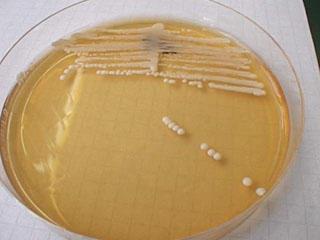 Results: Reduction of population counts from >1 billion to undetectable in two minutes.Source
Dr. Victor Marcial-Vega is a board-certified oncologist and the director of Health Horizons Rejuvenation Clinic in Coral Gables, Florida.

And we have the prestigious Health Sciences Institute (HSI) to thank for bringing this to our attention.

You see, HSI addressed this very topic in an e-alert to their members, back in October 2001, shortly after the 9-11 terrorist attacks and subsequent anthrax attacks on our nation.

As the HSI pointed out at the time, one of their well-known health symposium panelists, Dr. Marcial-Vega, had discovered while dealing with pneumonia patients the fact that colloidal silver can be quickly and easily carried into the human blood stream and from there into the body's cells and tissues, simply by nebulizing it.

"Based on his experience treating other types of bacterial lung infections, Dr. Marcial-Vega believes he has discovered a way to prevent anthrax from developing even if you've already been exposed.
He's currently talking with government health authorities about testing his hypothesis on live anthrax spores, but asked us bring this information directly to you now.

Just in his last decade of medical practice, Dr. Marcial-Vega has treated hundreds of people with a variety of viral, fungal, and bacterial pneumonias. And of all the available treatments, he has seen the greatest success with nebulizer treatments using a colloidal silver preparation.

COLLOIDAL SILVER VERSUS BACTERIA AND VIRUSES

As single celled creatures called bacteria use a common type enzyme or 'chemical lung" for their oxygen metabolism, the presence of colloidal silver cripples the enzyme, therefore causing the organism to suffocate. Any and all bacteria are therefore killed within the 6-minute time frame, without causing any adverse effect on the surrounding tissue cells. Dr Becker also states in his book: "Positive Silver kills all types of bacteria". This is exiting, because no other single antibiotic works against all types of bacteria. Colloidal silver, however, offers several advantages over previous forms. There are no ions besides silver to burden tissues. It works against all types of bacteria and viruses, even killing antibiotic resistant strains as well as all fungal /yeast infections. 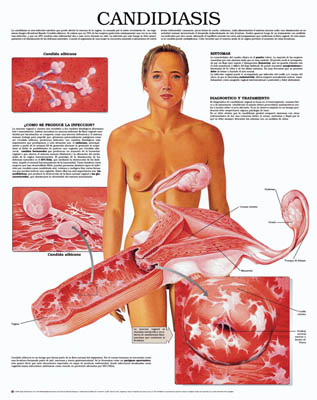 HOW IT WORKS AGAINST VIRUSES

A single virus will invade a living cell within the body tissue. Then the insidious pathogen will take over the nucleus of the cell and alter it's production and reproduction chanism to replicate the irus instead of the enzyme, hormone, or other chemical that the body would normally have produced for itself within that cell. Later, the newly produced virus will be released from that cell and into the blood stream. However, another very interesting thing takes place. As the virus affects the cell for its own purposes, part of the response of that living cell is that it reverts back to a more primitive form of cell structure and chemistry. The oxygen metabolising enzyme, or chemical lung in the cell wall, reverts as well. This more primitive form of enzyme is vulnerable to the effects of colloidal silver. The catalyst effect of the colloidal silver simply being in close proximity to the enzyme of this cell results in the enzyme becoming permanently disabled. It cannot function to bring oxygen into the cell, and the virus producing cell dies by suffocation.

"I have a friend who has suffered for years from chronic pneumonitis, caused by Pseudomonas.

Sputum cultures were consistently positive, despite massive doses of horribly expensive antibiotics. Then colloidal silver was suggested, and taken. Sputum cultures since have been negative, and the patient's general health and vitality greatly improved. Her internist can't deny the improvement, but won't attribute it to the silver, of course! It would have occurred anyway; the silver just happened to come on the scene at the right time. Uh-huh." -- Dr. Paul Hine, M.D. (retired ophthalmologist)
In the above case, pneumonitis caused by Pseudomonas infection was apparently easily cured by colloidal silver, even after "massive doses" of prescription antibiotics had failed.
Posted by arclein at 12:00 AM