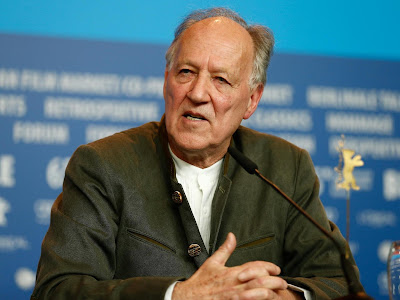 Rather interesting commentary.  I am ambivalent regarding  content licensing at best.  For most knowledge workers, establishing title is useful in allowing that knowledge to become a thing subject to contract by itself.  Yet distribution is a terribly costly process and the best way is to provide at least a free looksee.

In fact, the more sophisticated the more certain that is true.  After all, i am not going to buy software that i do not understand and want to master.  Yet I will still test it and check it out.  That allows me to represent that product to a potential user.

This is why the film industry puts out pilots.  So yes piracy is valuable for distribution.  It brings out a real audience who is familiar with your product.  That is valuable and it comes for free.  Take it.

Werner Herzog: 'Piracy Has Been The Most Successful Form of Distribution Worldwide'

Always tuned-in to the true nature and potential of technology, the influential film director Werner Herzog supports cinephiles who want to pirate his films.


Herzog shared his thoughts about piracy on Tuesday during the Visions in Nyon film festival in Switzerland. According to the Independent, after Ukraine producer Illia Gladshtein told Herzog he could only find the director’s film on illegal torrent sites, Herzog responded saying, “Piracy has been the most successful form of distribution worldwide.”


The German director, who was at the festival to receive the Maitre du Réel lifetime achievement said he preferred when people paid him for his films but if someone can’t find his work on “Netflix or state-sponsored television, then you go and access it as a pirate.”


Herzog, who has directed more than 60 films added, “If someone like you steals my films through the internet or whatever, fine, you have my blessing.”


Research suggests that piracy may not be an issue for film sales. In 2015, a Dutch firm submitted a 304-page report to the European Commission that found there is no evidence that piracy hurts sales (the EU seemed to suppress the results of the study, despite paying about $428,000 for it). And another study by the University of Houston and Western University published in January even suggests that piracy can be beneficial for artists. It found that movies that are leaked online when the movie is still showing in theaters can stir buzz and increase box-office revenue.


The filmmaker behind Encounters at the End of the World and Fitzcarraldo has been known to share his sage wisdom about technology at film events before–like at the Sundance Festival in 2016 when he criticized Twitter.


Herzog also said at the time that he had at some point avoided turning on his cell phone for a year largely to avoid social media. “What scares me the most? Stupidity,” he said, explaining his reasoning, adding that he thought seeing all the internet comments would reveal “this massive, naked onslaught of stupidity.”


Later that year, in an interview with the Verge, Herzog revealed that he understood Pokémon Go better than most, even though he was unaware of the game prior to the interview.


As soon as the interviewer explained the premise of the mobile app, Herzog turned the conversation around and asked the reporter a series of questions that peeled away the layers to reveal the existential core of the game. “When two persons in search of a pokémon clash at the corner of Sunset in San Vicente is there violence? Is there murder?” Herzog asked. “Physically, do they fight?... Do they bite each other’s hands? Do they punch each other?”


The studios and distributors of Herzog’s films may feel similarly aggressive after hearing Herzog’s latest public statements on piracy.
Posted by arclein at 12:00 AM