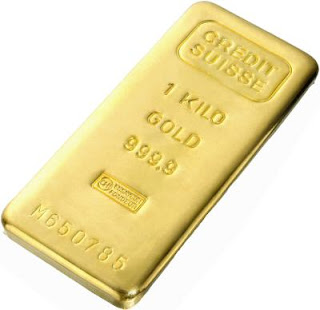 Three years ago I posted an item on the ease with which tungsten can be used to displace the bulk of the gold reserves held in Fort Knox along with an item tracking such an event.

It solved a serious problem for myself. I had tracked the gold market for decades and had become intuitively aware that a huge amount of non existent gold had been fed into the market and actually delivered.

Thus the rumble of failed delivery into China blew open the scheme. This meant also that the Chinese now knew. Thus it is certain that they would wish to settle this issue. The sure way is to in fact recast all that gold into much smaller ingots that are also good delivery and way more inconvenient to play with. Needless to say, they are doing just that.

At the same time, several countries have now asked for their gold to be returned to them. Most likely all this gold will also be recast into the smaller ingots.

While this is all going on, everyone involved is imitating a clam and saying nothing at all.

This article tries to turn all this into a pending attack on the US dollar and it is not. Wall Street did that trick all by itself. In case you think gold has anything to do with currency, recall that Canada has no gold reserves at all and is doing wonderfully. You can not have it both ways.

The People’s Bank of China has already reduced its holdings of US treasuries below those of Japan and last announced a change in its gold reserves in 2009 when it declared a 76 per cent hike to 1,054 tonnes. Germany, Italy, France and the US keep more than 70 per cent of their reserves in gold, the last bulwark against the devaluation of money printing.

According to the article, China is recasting all of their gold reserves into small one kilo bars in order to issue a new “gold-backed” currency. Many say this will disrupt global trade and will eventually cause a collapse of the US dollar.

There can be no doubt that the US dollar will soon be history. China is recasting all of their gold reserves into small one kilo bars in order to issue a new ‘gold backed’ global currency. This is surely a strategic part of their recent push to sign new trade agreements with Russia, Japan, Chile, Brazil, India, and Iran. The cat is now out of the bag, the US will be given the ‘bums rush’ by the largest trading nations in the world and the dollar will go down in flames. GATA now estimates that 80% of the gold that investors believe they have in allocated accounts is long gone, the majority of it probably wound up in China.

Here is an excerpt from Jim Willie’s ‘Hat Trick Letter’

Many are the events, signals, and telltale clues of a real live actual systemic failure in progress. Until the last several months, such banter was dismissed by the soldiers in the financial arena. But lately, they cannot dismiss the onslaught of evidence, a veritable plethora of ugly symptoms of conditions gone terribly wrong and solutions at best gone awry and at worst never intended in the first place.

China is well along an ambitious plan to recast large gold bars into smaller 1-kg bars on a massive scale. A major event is brewing that will disrupt global trade and assuredly the global banking system. The big gold recast project points to the Chinese preparing for a new system of trade settlement. In the process they must be constructing a foundation for a possible new monetary system based in gold that supports the trade payments. Initally used for trade, it will later be used in banking. The USTBond will be shucked aside. Regard the Chinese project as preliminary to a collapse in the debt-based USDollar system. The Chinese are removing thousands of metric tons of gold bars from London, New York, and Switzerland. They are recasting the bars, no longer to bear weights in ounces, but rather kilograms. The larger Good Delivery bars are being reduced into 1-kg bars and stored in China. It is not clear whether the recast project is being done entirely in China, as some indication has come that Swiss foundries might be involved, since they have so much experience and capacity.

The story of recasting in London is confirmed by my best source. It seems patently clear that the Chinese are preparing for a new system for trade settlement system, to coincide with a new banking reserve system. They might make a sizeable portion of the new 1-kg bars available for retail investors and wealthy individuals in China. They will discard the toxic USTreasury Bond basis for banking. Two messages are unmistakable. A grand flipped bird (aka FU) is being given to the Western and British system of pounds and ounces and other queer ton measures. But perhaps something bigger is involved. Maybe a formal investigation of tungsten laced bars is being conducted in hidden manner. In early 2010, the issue of tungsten salted bars became a big story, obviously kept hush hush. The trails emanated from Fort Knox, as in pilferage of its inventory. The pathways extended through Panama in other routes known to the contraband crowd, that perverse trade of white powder known on the street as Horse & Blow, or Boy & Girl.