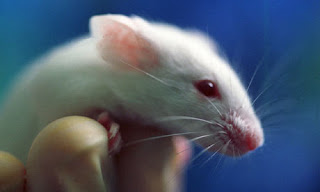 The present reality regarding telomere therapies is one of surprising outright success with zero side effects. All the reported cautions are completely untested and speculative. It is rubbish until shown otherwise by appropriate science.

Now we have a stunning age reversal in a nicely prepared animal model. This powerfully indicates that we are way closer to outright success than anyone ever imagined. This surely deserves a high five.

In the meantime individuals are out self testing the protocol at serious expense and with little reporting underway. I would like to see more and would welcome reports from users on my blog to assist others.

I included a second item that introduces some current efforts toward providing this technology without a pill.

Harvard scientists were surprised that they saw a dramatic reversal, not just a slowing down, of the ageing in mice. Now they believe they might be able to regenerate human organs


Scientists claim to be a step closer to reversing the ageing process after rejuvenating worn out organs in elderly mice. The experimental treatment developed by researchers at the Dana-Farber Cancer Institute, Harvard Medical School, turned weak and feeble old mice into healthy animals by regenerating their aged bodies.

The surprise recovery of the animals has raised hopes among scientists that it may be possible to achieve a similar feat in humans – or at least to slow down the aging process.

An anti-ageing therapy could have a dramatic impact on public health by reducing the burden of age-related health problems, such as dementia, stroke and heart disease, and prolonging the quality of life for an increasingly aged population.

"What we saw in these animals was not a slowing down or stabilisation of the ageing process. We saw a dramatic reversal – and that was unexpected," said Ronald DePinho, who led the study, which was published in the journal Nature.

"This could lead to strategies that enhance the regenerative potential of organs as individuals age and so increase their quality of life. Whether it serves to increase longevity is a question we are not yet in a position to answer."

The ageing process is poorly understood, but scientists know it is caused by many factors. Highly reactive particles called free radicals are made naturally in the body and cause damage to cells, while smoking, ultraviolet light and other environmental factors contribute to ageing.

The Harvard group focused on a process called telomere shortening. Most cells in the body contain 23 pairs of chromosomes, which carry our DNA. At the ends of each chromosome is a protective cap called a telomere. Each time a cell divides, the telomeres are snipped shorter, until eventually they stop working and the cell dies or goes into a suspended state called "senescence". The process is behind much of the wear and tear associated with ageing.

At Harvard, they bred genetically manipulated mice that lacked an enzyme called telomerase that stops telomeres getting shorter. Without the enzyme, the mice aged prematurely and suffered ailments, including a poor sense of smell, smaller brain size, infertility and damaged intestines and spleens. But when DePinho gave the mice injections to reactivate the enzyme, it repaired the damaged tissues and reversed the signs of ageing.

"These were severely aged animals, but after a month of treatment they showed a substantial restoration, including the growth of new neurons in their brains," said DePinho.

Repeating the trick in humans will be more difficult. Mice make telomerase throughout their lives, but the enzyme is switched off in adult humans, an evolutionary compromise that stops cells growing out of control and turning into cancer. [ Do we really know this? - arclein ] Raising levels of telomerase in people might slow the ageing process, but it makes the risk of cancer soar.[ or does it? There has been a lot of untested nonsense floating around this very new line of inquiry. arclein]

DePinho said the treatment might be safe in humans if it were given periodically and only to younger people who do not have tiny clumps of cancer cells already living, unnoticed, in their bodies.

David Kipling, who studies ageing at Cardiff University, said: "The goal for human tissue 'rejuvenation' would be to remove senescent cells, or else compensate for the deleterious effects they have on tissues and organs. Although this is a fascinating study, it must be remembered that mice are not little men, particularly with regard to their telomeres, and it remains unclear whether a similar telomerase reactivation in adult humans would lead to the removal of senescent cells."

DePinho said none of Harvard's mice developed cancer after the treatment. The team is now investigating whether it extends the lifespan of mice or enables them to live healthier lives into old age.
Tom Kirkwood, director of the Institute for Ageing and Health at Newcastle University, said: "The key question is what might this mean for human therapies against age-related diseases? While there is some evidence that telomere erosion contributes to age-associated human pathology, it is surely not the only, or even dominant, cause, as it appears to be in mice engineered to lack telomerase. Furthermore, there is the ever-present anxiety that telomerase reactivation is a hallmark of most human cancers."

Telomeres ordinarily shrink by 1% annually, from birth to death. The telomeres of people with unhealthy habits have much faster shrinkage, while those of people with the best habits and genes shrink at a slower rate, thus enabling such people to live to approximately 100 years. Ultimately, telomere health is a major determinant of health and longevity. Rejuvenation or regrowth of telomeres is, therefore, a major key to longevity and health.

In a pilot study, telomeres in 6 individuals, 3 men and 3 women from 50 to 74 years of age, were measured initially in lymphocytes and neutrophils. Each participant then spent 30 minutes at least 5 days each week sitting or lying in an electromagnetic field of 54 to 78 GHz, 50 to 75 decibels, or 1 billionth of a watt per centimeter square.

These same frequencies are reported to be present in ambient sunlight at an intensity of ten-billionths of a watt per centimeter square. Human DNA has been reported by Ukrainian physicists as resonating at 54 to 78 GHz.

Using this approach, a 75 year old would theoretically reverse telomere aging by 50 years within a 14 year period. Obviously, many other parameters of health need to be evaluated as we continue these studies long term.

[ I find this to be an attractive protocol for both the apparent efficacy but that it can obviously be also integrated into a meditation discipline. - Arclein ]

In 1925 a Russian engineer, Georges Lakhovsky, published his classic book, The Creation of Health, in French. It was translated into English in 1935 and is still in print. He stated that human DNA has a resonant frequency of 50+ gigahertz (GHz – billions of cycles per second).

In the early 1980s, Ukrainian physicists determined that this frequency was 54-78 GHz and further reported that a majority of illnesses were "cured" by applying these frequencies to acupuncture points. Lakhovsky further reported "curing" many illnesses, including cancer, by applying a Tesla coil to two copper coils placed three feet apart with patients sitting in the center of these coils with the head near the center of the field induced by the Tesla coil. Tesla coils emit a random range of frequencies from 1 Hz up to at least 100 GHz.


In 1994, under an IRB protocol, 75 patients were treated with a modification of the Lakhovsky apparatus.1 Twenty-five patients each had rheumatoid arthritis, depression or chronic back pain. They sat for 60 minutes daily, 5 days a week for 2 weeks, in a 24 inch square cubicle, 48 inches high, with copper plates on the walls and a copper tubing pyramid over the base so that the copper pyramid and the copper base were physically connected. A Tesla coil was connected to the copper tubing and activated during the treatment. At the end of 2 weeks, 70% of the patients with depression or rheumatoid arthritis were markedly improved but only half of the back patients improved (Fig. 1).

Shortly after that, a portable transcutaneous electrical nerve stimulator (TENS) was developed. This device included output of 54-78 GHz at 50-75 decibels of energy, the same intensity used in the Ukraine. Five specific acupuncture circuits were activated with this GigaTENS device and specifically raised the DHEA, neurotensin, aldosterone or calcitonin, while the 5th one lowered free radicals significantly. All of these studies, except for aldosterone, have been published.2,3,4 The circuit that raises DHEA was subsequently proven to treat successfully 70 to 80% of patients with rheumatoid arthritis, migraine, diabetic neuropathy, or depression. Stimulation at these frequencies also increases calcitonin and lowers free radicals.

Despite the neurochemical and potential clinical benefits, most individuals offered the opportunity to use these circuits would not spend the 30 minutes daily required for such treatment. Since the Ukrainians had stated that these Giga frequencies are absorbed through the skin, specifically through acupuncture points, it appeared that the only reasonable way to immerse the body in these fields, without great effort on the part of the individual, was to provide the field while participants were lying down. Eventually this led to the creation of a 2-inch thick polyfoam mat in the center of which is a copper screen with crushed sapphire crystal placed over it. Copper wire from the center of that mat leads to the Tesla coil. When the Tesla coil is activated, a field of 54-78 GHz 2 feet high and around the mat is produced. Six individuals volunteered to participate in the study. Blood was drawn initially for analysis of telomere length of granulocytes and lymphocytes.

Telomeres are responsible not only for the length of life but also the integrity of DNA and thus ultimately for health itself. Individuals using this approach can place the 2-inch mat on top of their mattress, plug it into a timer that can go off in 30 to 60 minutes while they are sleeping and obtain the benefit of "lying in a field effect of human DNA." Continuing studies will be done. All telomere blood tests were done at a reference lab, Repeat Diagnostics.


His innovations include Dorsal Column Stimulation, Transcutaneous Electrical Nerve Stimulation (TENS), Biogenics, the software for self-regulation, and the RejuvaMatrix®, his most recent discovery, for rejuvenating telomeres, the tips of DNA responsible for health and longevity. His 14th patent is pending.