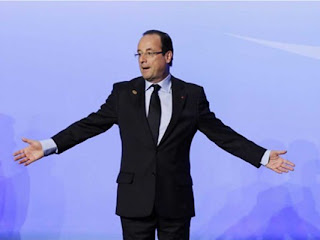 Such cost is negligible over the amortized life of the capital and is naturally low. It is simple. You pay ten dollars in interest, you tag on fifty cents to a dollar in tax and this can be offset by tax paid on interest paid. In this way most tax is paid at retail as has to happen to avoid a loading that distorts the financial sector.

Taxation is already onto the usual dodges in this circumstance so collection will not be an issue as it sorts itself out.

Remember that credit must be extended in order to earn interest. Adding a cost to that is hardly a brake on business. If a million less folks qualify for a mortgage, then the price of housing is coming down until they do.

As usual, they instead tried to tax the brokers who are past masters at doing work arounds.

One suggestion that has gained popularity in the post-crisis regulatory debate is a tax on financial transactions.

Proponents suggest that the tax would raise revenues for governments (at a time when such revenues are badly needed) and curb the excessive speculation that contributed to the global financial crisis.

In August 2012, France became the first eurozone nation in the wake of the financial crisis to implement such a tax, and so far, it's been a total failure.

In an article for Risk.net, Hannah Collins explains that in France, the tax – which amounts to 0.2 percent on transactions involving buying or selling of shares of stock – is actually just shifting investors out of equities and into even riskier, more opaque products like derivatives and derivatives-based ETFs:

Investors who own French shares are selling them and taking positions on them through derivatives instruments such as contracts for difference, structured products and ETFs, according to a Paris-based lawyer. "Most structured transactions remain outside the tax," he says. "It is due only if you have actually purchased the shares."

In other words, instead of curbing excessive speculation, the tax is simply forcing those speculative activities into darker, less-regulated corners of the market.

Logically, the tax could accelerate the rise of synthetic ETFs due to this favorable tax treatment, as Collins explains:

The FTT will give a clear tax advantage to ETFs based on swaps, says Isabelle Bourcier, director of business development at ETF provider Ossiam in Paris. "With a purely physical ETF, every time the manager buys the French stocks directly, the fund has to pay the FTT," she says. "Because the banking swap counterparty is not charged the tax if they buy the stocks for hedging, a fund that receives the performance of the basket of stocks [for which the FTT is due] through the swap would be unaffected by the FTT."

The European Commission is contemplating instituting a financial transaction tax at an EU-wide level to address speculation and raise revenues. Unlike the French version of the tax, the EC proposal involves a tax on derivatives transactions in addition to that on regular equities transactions.

The proposed tax on derivatives transactions, at 0.01 percent, is a mere fraction of those on stocks and bonds (0.1 percent), though. It remains to be seen whether the EC version of the tax will encourage the same investor behavior as the one in France is now.


Read more:
http://www.businessinsider.com/france-transaction-tax-and-derivatives-2013-1#ixzz2GvwhFjlg
Posted by arclein at 12:00 AM