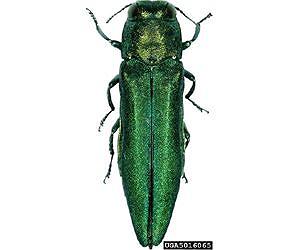 It is still startling that the linkage should be so easily demonstrated. There are plenty of indirect reasons to promote tree culture and we have been out there cheer-leading. Yet to see a shift in statistics cleanly related to the removal of trees is a little unexpected. I would have expected a way more ambiguous signal.

The answer of course for cities everywhere is to build and plant as a matter of course as we generally experience in Vancouver. This also results in a huge bird population. It does not seem like much and the cost is modest against most urban expenditures, but the difference produced is literally night and day.

I recall flying into LA and looking at miles of backyards and streets devoid of trees and a compelling argument for apartment dwelling. I know it takes scarce water but the difference in living quality is palpable. Cover that same valley with trees and you will even have a restoration of rainfall at night.

Tree and human health may be linked

Portland OR (SPX) Jan 18, 2013
The emerald ash borer was first discovered near Detroit, Michigan, in 2002. The borer attacks all 22 species of North American ash and kills virtually all of the trees it infests.


Evidence is increasing from multiple scientific fields that exposure to the natural environment can improve human health. In a new study by the U.S. Forest Service, the presence of trees was associated with human health.

For Geoffrey Donovan, a research forester at the Forest Service's Pacific Northwest Research Station, and his colleagues, the loss of 100 million trees in the eastern and midwestern United States was an unprecedented opportunity to study the impact of a major change in the natural environment on human health.

In an analysis of 18 years of data from 1,296 counties in 15 states, researchers found that Americans living in areas infested by the emerald ash borer, a beetle that kills ash trees, suffered from an additional 15,000 deaths from cardiovascular disease and 6,000 more deaths from lower respiratory disease when compared to uninfected areas. When emerald ash borer comes into a community, city streets lined with ash trees become treeless.

The researchers analyzed demographic, human mortality, and forest health data at the county level between 1990 and 2007. The data came from counties in states with at least one confirmed case of the emerald ash borer in 2010. The findings-which hold true after accounting for the influence of demographic differences, like income, race, and education-are published in the current issue of the American Journal of Preventive Medicine.

"There's a natural tendency to see our findings and conclude that, surely, the higher mortality rates are because of some confounding variable, like income or education, and not the loss of trees," said Donovan. "But we saw the same pattern repeated over and over in counties with very different demographic makeups."

Although the study shows the association between loss of trees and human mortality from cardiovascular and lower respiratory disease, it did not prove a causal link. The reason for the association is yet to be determined.

The emerald ash borer was first discovered near Detroit, Michigan, in 2002. The borer attacks all 22 species of North American ash and kills virtually all of the trees it infests.

The study was conducted in collaboration with David Butry, with the National Institute of Standards and Technology; Yvonne Michael, with Drexel University; and Jeffrey Prestemon, Andrew Liebhold, Demetrios Gatziolis, and Megan Mao, with the Forest Service's Southern, Northern, and Pacific Northwest Research Stations.

Human physiology is the science of the mechanical, physical, bioelectrical, and biochemical functions of humans in good health, their organs, and the cells of which they are composed. Physiology focuses principally at the level of organs and systems.
Most aspects of human physiology are closely homologous to corresponding aspects of animal physiology, and animal experimentation has provided much of the foundation of physiological knowledge