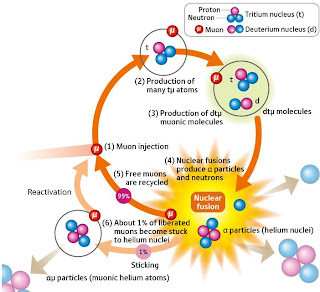 I have been posting on a couple of these developing fusion energy protocols and am presently optimistic.

This begs the question of why now? The reason is fairly simple. Simulation technology has caught up to the needs of these sophisticated and complex procedures. One can actually see what might happen through computer simulation and then test to confirm.

Thus any and all methods that come even close to hopeful can be advanced in the hope that new revelations will produce a practical result. All we need now is a sniff of success from any of these and the funding flood gates will open.

Anyway, this is an up-to-date list of what is out there now. My personal favorite is the focus fusion device. It looks like it can be stuffed in a star ship today, and replacing the copper anodes with graphene will provide the necessary lifespan for the final product.

The polywell looks great also and the navy likes it as it is more reactor like and likely can be scaled up.

The key point is that several methods exist and are now getting funding. Other methods are also likely to pop up. Thus it is not unreasonable that the next five years will advance our understanding far enough to see conclusions and perhaps product design.

And yes, it all had to wait for advanced simulation methods. So much was spent on the Tokomak because we could use symmetries to simplify calculations and make some progress. That is no longer totally necessary. Therefore we have some pretty neat systems that are quite non linear.

The potential from nuclear fusion is even larger as discussed in the Mr Fusion scenario. Energy would have the potential to become two to fifty times cheaper than today which would enable more wealth and a larger economy. Commercial nuclear fusion energy generation also opens up the solar system to space access.

Successful research in the projects that follow over the next two to seven years could initiate a race to develop commercial nuclear fusion for energy generation, space technology and weapons. Futurists had speculated that there would be crash research programs for molecular nanotechnology and other technologies. It would be somewhat ironic if the next major crash technology program turns out to have a nuclear related goal again.

Several crash national programs could mean that instead of waiting twenty years for this to be developed and deployed in a major way it could happen within ten years.

Some critical differences between tokomak attempts at nuclear fusion and the first three generations of nuclear fission reactors is that the new technologies for nuclear fusion are mainly from systems that are compact (tens of tons instead of thousands of tons) and which have fewer supply chain bottlenecks. Deuterium fuel is easily obtained separated from seawater. A country with a lot of nuclear fusion power for energy, space and weapons would totally outclass a non-fusion enabled country.

If your country is energy rich then it is also economically rich and can buy researchers, technology to achieve gains in other areas like nanotechnology and information technology.

1. IEC Bussard fusion has $10 million in funding and it seems that the contract is semi-open in that the Navy will keep funding EMC2 fusion on a cost plus basis, where the project is in the range of $10 million.

Previous reportage of IEC fusion receiving sufficient funding, $8 million, for work to settle theoretical questions of viability over the next 18-24 months

6. New Energy and Fuel has a very clear description of the history of muon fusion research and the potential of the Matsuzaki research.

This was a follow up to the article on this site which was a report on the Japanese Riken lab research.

7. Unfunded proposal by Winterberg for a super-marx fusion generator.

Create a massive gigavolt charge to enable repeated fusion. Winterberg came up with the ideas for z-pinch and had other early involvement in nuclear fusion bombs.

Research on Winterbergs metastable super explosive is ongoing at the Bae Institute. Even if the super explosive turns out not to lead to nuclear fusion without a nuclear fission trigger, this will likely be researched for new physics understanding and for new weapons potential. Download your copies of the Winterberg and Young Bae papers now as if this goes to weapon research then the papers could disappear from the net.