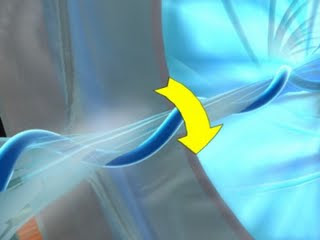 Focus fusion has started its test program. You may want to refresh yourself on the technology by going through my postings on the topic. This is the beginning of a long process of testing. The objective is to work up to a fusion reaction sufficient to confirm the theory and ultimately to surpass breakeven.

So far, the initial results look great, but we are basically warming it all up and trying not to break anything.

It does not sound like it will take a long time to run the various test cycles. However breakage is always a shot away so that could easily dictate the real schedule.

The simplicity of the design has allowed a quick set up and test program.

After seven years of theoretical work and raising money, five months of design, five months of construction and assembly, and a week of testing, LPP (Lawrenceville Plasma Physics) now has a functioning dense plasma focus, Focus-Fusion-1. The first shot, using helium as the fill gas, was achieved at 5:29 PM today, Oct.15, and the first pinch was achieved at 6:04 PM on the second shot. The fact that a pinch was achieved so soon was evidence of the soundness of the design.

The shots were produced with a charging potential of 20 kV, a bit less than half the full bank charge of 45 kV. We will not know the exact current achieved until we reduce some instrumental noise in the next day or so. It is probably around 0.9 MA and within 10% of our predictions.

The pinch is clearly evident in the voltage probe curve, below, of the sixth shot. The first peak is when the machine turns on, while the second, higher, peak in voltage is from the energy transfer into the pinch region and the plasmoid.

Previous articles on focus fusion are here The potential is that this can lead to commercial nuclear fusion and reduce energy costs by 5 to 50 times.

The LPP experiment is using a newly-built DPF (Dense Plasma Focus) device capable of reaching peak currents of more than 2 MA (megaAmps). They hope to get to a power level of 2+ MA which is higher than the Brzosko ( a previous DPF researcher) peak of 0.95 MA.

Initial results are in line with expectations which are described below.

A “shot” takes around 10 to 15 minutes and basically involves:

* Pumping the chamber to a vacuum state. There must be no gases in the chamber other than the gases to be tested.

* Pumping in a measured amount of gas (the first series of shots will be taken with Deuterium to calibrate the machine. The tests with boron and hydrogen come later.)

*Look at readouts from the oscilloscopes and a few other diagnostic instruments attached to the machine.

*Pump down to a vacuum (and repeat for next shot).

What is the team looking for in the first shot?

* No shorting through the mylar. This could happen if dust or other impurities are on the high voltage plate. Such elements can redirect the electricity to penetrate the mylar insulation sheet.

* No breakage of the pyrex insulators. (Called “hat insulators” because of the hat shape). These insulators are made of pyrex and fitted to the anode. The fit must not be too tight or too loose as the anode expands and contracts with each charge. otherwise the pyrex could break. * The amount of current close to what is predicted.

* Possibly…evidence of a “pinch” – although this shouldn’t happen until after ~ 20 shots.
Ideal outcome for initial sets of shots: The peak current will be somewhere around 1.2 to 1.3 MA (million amperes)