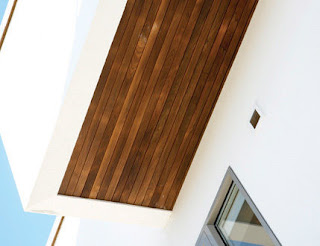 This recent work is good news. Both methods use organic compounds to treat the prepared wood rather simply and cheaply so that the curing process produces a product that competes directly with the best tropical hardwoods. Been organic, they degrade naturally without problems.

I was introduced to an effort championed some years back in which red cedar was successfully compressed by two thirds into a mahogany like hardwood with similar characteristics.

In this scenario, a combination of organic chemistry and moderate curing is producing a stronger enduring product comparable to hardwoods.

What we are also learning is that we need not search the world for special woods as was done in the past. We are learning to use what we have better.

In time the forestry industry will be properly integrated into agriculture in a much more sustainable way. In the meantime, it is best to be able to convert available woods.

Recall that the OSB industry took a waste wood called aspen and made construction sheet eliminating the manufacture of three ply plywood as a significant industry. OSB is oriented strand board.

From The Economist print edition

ONE of the reasons tropical forests are being cut down so rapidly is demand for the hardwoods, such as teak, that grow there. Hardwoods, as their name suggests, tend to be denser and more durable than softwoods. But unsustainable logging of hardwoods destroys not only forests but also local creatures and the future prospects of the people who lived there.

It would be better to use softwood, which grows in cooler climes in sustainably managed forests. Softwoods are fast-growing coniferous species that account for 80% of the world’s timber. But the stuff is not durable enough to be used outdoors without being treated with toxic preservatives to protect it against fungi and insect pests. These chemicals eventually wash out into streams and rivers, and the wood must be retreated. Moreover, at the end of its life, wood that has been treated with preservatives in this way needs to be disposed of carefully.

One way out of this problem would be an environmentally friendly way of making softwood harder and more durable—something that a Norwegian company called Kebony has now achieved. It opened its first factory in January.

Kebony stops wood from rotting by placing it in a vat containing a substance called furfuryl alcohol, which is made from the waste left over when sugarcane is processed. The vat is then pressurised, forcing the liquid into the wood. Next the wood is dried and heated to 110ºC. The heat transforms the liquid into a resin, which makes the cell walls of the wood thicker and stronger.

The approach is similar to that of a firm based in the Netherlands called Titan Wood. Timber swells when it is damp and shrinks when it is dry because it contains groups of atoms called hydroxyl groups, which absorb and release water. Titan Wood has developed a technique for converting hydroxyl groups into acetyl groups (a different combination of atoms) by first drying the wood in a kiln and then treating it with a chemical called acetic anhydride. The result is a wood that retains its shape in the presence of water, and is no longer recognised as wood by grubs that would otherwise attack it. It is thus extremely durable.

The products made by both companies are completely recyclable, environmentally friendly and create woods that are actually harder than most tropical hardwoods. The strengthened softwoods can be used in everything from window frames to spas to garden furniture. Treated maple is also being adopted for decking on yachts. The cost is similar to that of teak, but the maple is more durable and easier to keep clean.

Obviously treating wood makes it more expensive. But because it does not need to receive further treatments—a shed made from treated wood would not need regular applications of creosote, for example—it should prove economical over its lifetime. Kebony reckons that its pine cladding, for example, would cost a third less than conventionally treated pine cladding over the course of 40 years. Saving money, then, need not be at the expense of helping save the planet.