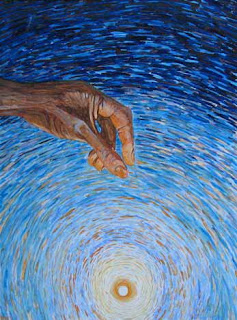 Until now, all interpretation of the scriptures has made the natural assumption that it was written totally from the viewpoint and imagery of folks who lived in the late Bronze Age. This is largely true but for those parts that were inherited and transcribed into the overall compendium of scriptures. Meanwhile, we have discovered that by the single expedient of changing viewpoint, the chapters on Noah present us with a much more modern and technical interpretation.

I was hesitant to tackle Noah, because I was perhaps unsure if it was relevant to my principal thesis surrounding the Pleistocene Nonconformity. It was not only relevant but an eyewitness accounting of the partial evacuation of Earth before the nonconformity but also a short history of the reestablishment of the human presence from one such effort’s account. It not only fit as a glove, but the intact word usage fitted that of transportation via a magnetic exclusion vessel and clearly had little to do with seamanship. This ended an interpretation problem I have always had with the text, even as a child.

So we are now starting with an entirely different set of assumptions. We presumed the oldest texts are derived from the times of Noah’s settlement establishment around 13000 years ago. These texts were written with the viewpoint of advanced technology and a space based human diaspora supporting the resettlement of Earth with surface prepared humanity after the displacement of the crust. In short, they had the capacity to prepare a set of initial texts that both reflected modern understandings yet was still understandable by a readership lacking those insights.

We have already seen how a description of the Ark morphed into a wooden boat but retained a grasp of size and shape and the ability to lift. This happened in a world in which metal work had shrunk to banging bronze and brittle iron so this is unsurprising.

Let us now walk through Genesis to see if there are any other insights to be suggested. This may also inspire you to see things not seen yet.

1 In the beginning God created the heavens and the earth.

Firstly, what do we mean by earth? The concept of planet does not show up in other creation myths, yet here we find it easily assumed if one does not ask this question. This makes good sense if you understand space and planets. What does it mean if you do not?

2 Now the earth was [a] formless and empty, darkness was over the surface of the deep, and the Spirit of God was hovering over the waters.

If we substitute unorganized particles for the word ‘earth’ then the first phrase makes sense. An even better reading of the last sentence and this sentence is to substitute the word ‘matter’. Now we have the oddity of the words surface and deep. It is a visual image into which we introduce the Spirit or presence of the presumed creator. We do not introduce a material ‘God’. The oddity of the image of water is introduced as a visual metaphor.

This is pretty good. The idea of creation induced a universe of particles or matter. This conforms exactly to my own conjectures. The presence of God is introduced right at the beginning and described as a spirit independent of matter and is given the task of creation, neatly circumventing of who is first with a circular argument. Welcome to theology.

Of course, the next step in the evolving universe is the massing of matter leading to the ignition of stars. Naming lit and shadow day and night is fine and also reflects a limited language and little need to explain orbits.

6 And God said, "Let there be an expanse between the waters to separate water from water." 7 So God made the expanse and separated the water under the expanse from the water above it. And it was so. 8 God called the expanse "sky." And there was evening, and there was morning—the second day.

The universe has been created and now exists. We are sitting on a planet. We are describing the sky above and water at our feet and the fact the water also pours from the sky. Thus we call upon God to separate the waters below and above.

9 And God said, "Let the water under the sky be gathered to one place, and let dry ground appear." And it was so. 10 God called the dry ground "land," and the gathered waters he called "seas." And God saw that it was good.

Again, an actual explanation of the formation of life is not necessary for this audience. It is enough to know that the land will be covered with plant life. It also does not defy common sense when the reality was just the opposite. By the way there is no reason to think that the order of creation was conserved from the original text. We are reading common sense from the Bronze Age where the option existed to re order the verses to have them fit appearances.

It is time to explain the star filled heavens, so it never needs further discussion. We are sitting on land, surrounded by sky and water and are lit with stars and moon at night. We are almost there. Except why have we not named any stars after Uncle Joe or called them gods? Everyone else did just that. In fact, this reads as a text written by moderns and not by shamans.

In fact, once creation is begun, God acts like a government agent and most likely was in view of our conjecture.

20 And God said, "Let the water teem with living creatures, and let birds fly above the earth across the expanse of the sky." 21 So God created the great creatures of the sea and every living and moving thing with which the water teems, according to their kinds, and every winged bird according to its kind. And God saw that it was good. 22 God blessed them and said, "Be fruitful and increase in number and fill the water in the seas, and let the birds increase on the earth." 23 And there was evening, and there was morning—the fifth day.

We can finally let in all other life forms starting with the seas which is fine, but we also throw in the birds to get them out of the way. This is called poetic license.

And on we go to the land animals, including the domesticated stock surrounding them. Again we are slapping paint on the canvass as efficiently as possible.

26 Then God said, "Let us make man in our image, in our likeness, and let them rule over the fish of the sea and the birds of the air, over the livestock, over all the earth, [b] and over all the creatures that move along the ground."

As a last step humanity is created.

27 So God created man in his own image, in the image of God he created him; male and female he created them.

28 God blessed them and said to them, "Be fruitful and increase in number; fill the earth and subdue it. Rule over the fish of the sea and the birds of the air and over every living creature that moves on the ground."

29 Then God said, "I give you every seed-bearing plant on the face of the whole earth and every tree that has fruit with seed in it. They will be yours for food. 30 And to all the beasts of the earth and all the birds of the air and all the creatures that move on the ground—everything that has the breath of life in it—I give every green plant for food." And it was so.

Man is given the explicit task of taming all this. Why did this have to be said at all? Was this not a natural assumption? Yet a group of new settlers could be told this as they began to take charge. God is welcoming them to their new world.

31 God saw all that he had made, and it was very good. And there was evening, and there was morning—the sixth day.

Here we are with a few short verses, with a wonderfully modern explanation of the establishment of man’s place on earth. There are no sub gods or wars and the phraseology would do good service to describe out own understanding of the evolution of life and our cosmos though a little jumbled. God appears as the colonizer in chief and is introduced as a spirit at the beginning to initiate a theological interpretation instead of a real event.