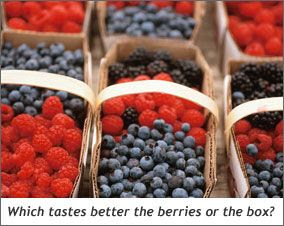 Industrial agriculture has had a huge voice in the development of agriculture that has rarely been properly challenged. This ultimately needs to end but is not particularly pressing.

We posted on Pollen last year and he is worth reading.

I see an agricultural future in which most of humanity will participate in some form or the other during their lifetimes. This will still take time to shape out.

In practice, any family can optimize the productivity of a hectare of land with sufficient water and biochar to stabilize the soil almost anywhere there is slight prospect of growing. This productivity usually far surpasses that of industrial methods with a few specialized exceptions in which high volume is needed.

Anyway, I have sufficient respect for the industrial aspects to want to see more properly applied. I also want as much organic farming as can be achieved. Present day organic farming is still industrial farming without the chemicals. What is missing is a convenient part time labor force.

We no longer need all hands on deck to pick potatoes, but we surely do for much else.

Michael Pollan (left) and Tom Philpott talk food.Celebrated food and ag author Michael Pollan debunked some myths about organic agriculture Tuesday night at a Grist event in , in a conversation with Grist food writer Tom Philpott and the audience.

In response to a question about whether we can really feed the world without industrialized ag (ah yes, a perennial), Pollan pointed out that we’re not feeding the world with it now. He said we wouldn’t be doing developing nations a favor by exporting a fossil fuel–dependent ag system to them when it’s clear that fossil fuels are only going to become more scarce and expensive. And overproducing government-subsidized food in the is certainly not the way to solve world hunger—it just exacerbates it by putting small-scale farmers in developing countries out of business. Give people in the developing world the tools to do sophisticated organic ag and it will help solve many problems, including undocumented immigration, Pollan argues.

And yes, sophisticated organic ag does exist. Pollan disputed the idea that organic techniques are anti-technology. Philpott agreed, pointing out that renowned farmers Joel Salatin and Will Allen use advanced technology to produce organic food—it’s just not the type of technology that Big Ag promotes and profits from.

Asked what the Obama administration is thinking on ag—sometimes veering in the direction of progressive change, other times whipping back toward the agrichemical status quo, as Philpott puts it—Pollan said the admin appears to be playing both sides of the street. Pollan related an anecdote in which the president implied that there needs to be a popular political movement for sustainable food before he can make big change—and suggested to his wife that this might be her issue.

Where, asked Pollan, are the members of Congress who will take up this issue as their own? For now, House Speaker Nancy Pelosi (D-Calif.) is letting Collin Peterson (D-) and other Big Ag–oriented reps run the show on food and ag policy. The recent farm-bill fight was a loss, but during the debate the sustainable food movement started to get its message heard in D.C. and rattle some of the vested interests. The next fight on Capitol Hill will be over the school lunch program reauthorization, Pollan said.

Though the sustainable food movement seems to be thriving in oases like the Bay Area, Philpott pointed out that still only 3 to 4 percent of food consumed in the is organic or local. How do we grow that number and include more people? Pollan said the movement, like many social movements, was started by elites, but is spreading to other parts of society. He sees encouraging signs in the heartland and among young people. But if in 20 years people are still talking about this as an elitist movement, we’ll know we really screwed up.

Grist offers a big thanks to Pollan, host Tony Conrad and the rest of our host committee, our caterer Dominique Salomon (the food was scrumptious!), and everyone who attended and helped to make the evening a success. Let’s keep the conversation rolling.

Organic farming methods offer several benefits for the environment and human health as a whole, but unfortunately, there are many misconceptions and falsehoods being spread regarding organic food and farming methods, both by proponents and detractors. Here are the facts about what organic methods can do for us and what they can't.