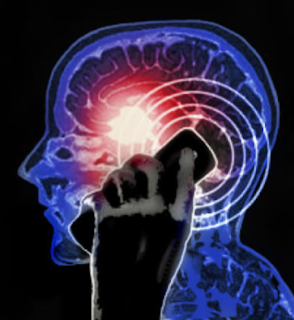 This is plucked from Newsmax health. This issue has been around for some time with the usual industry denials and whitewash studies that may or may not stand up.

The reality so far is that statistical work is so far noticeable by its absence. Or perhaps I am looking in the wrong places. The fact is that a significant shift should be taking place in the statistical evidence that would be impossible to ignore. Cell phone technology is new technology and thus we have ample pre cell phone data. A significant problem should make it clear and trigger warnings from the usual watch dogs.

The present death rate is about one per 200. And yes there are problems with adjusting for improving diagnostics. One reason I aimed at death rates is because that usually means the doctor is pretty sure. So although it is a very natural that cell phone use may appear to be potentially dangerous it is not a given.

I will go a bit further. Statistics have shown us that minor radiation exposure is actually beneficial and is only beginning to produce problems as the dose rises. At the moment we do not know what low and high doses are, or at least I do not.

Anyway we are going to get a decent report that we hope is meaningful. The fact that they are using the phrase ‘significantly increased risk’ suggests that the numbers are hardly dramatic or particularly divergent. This is not cigarette smoking folks, were it does not need a statistician to recognize the problem.

The fact is that a cell phone emits a signal that may be actively absorbed by cells. Things can happen, but hopefully well below any threshold of concern.

The bombshell results of a major decade-long study carried out in 13 countries will support longtime speculation that long-term cell phone use increases the risk of developing cancer.

The $30 million report, which is to be released before the end of the year, follows a warning from the International EMF Collaborative that regular cell phone use could increase the risk of brain tumors significantly and that regular use is especially dangerous in children whose brains are still developing.

The cell phone industry assured us for years that cell phones are safe and don’t cause cancer and other problems. Major organizations, including the World Health Organization (WHO) and the National Cancer Institute, also have stated there is no evidence cell phones are dangerous.

But the official line may have to change because the WHO oversaw the new study.

According to the Daily Telegraph in London, the study will show “a significantly increased risk” of some brain tumors “related to use of mobile phones for a period of 10 years or more.”

Cell phone safety has been a concern for some experts ever since the death of Lee Atwater in 1991 from a brain tumor that developed under the exact spot where he held his cell phone. Sen. Ted Kennedy’s diagnosis and death from a malignant brain tumor also spurred safety fears. Kennedy’s brain tumor, called a glioma, was the type some experts have associated with the use of cell phones.

CTIA — the Wireless Association — and the Food and Drug Administration also have stated that cell phones aren’t a health risk.

But other experts point to research that indicates a link between cell phones and three types of tumors:

An Israeli study published two years ago found a 58 percent increase in risk for parotid tumors among people who relied heavily on their cell phones. And a Swedish study found that he risk for glioma and acoustic neuroma doubled after 10 years of heavy use.

Prominent neurosurgeons have stated they do hold cell phones next to their ears.

“I use it on the speaker-phone mode,” said Dr. Vini Khurana, a prominent researcher and an associate professor of neurosurgery at the Australian National University.

Other prominent experts agree. “I do not hold it to my ear,” said Dr. Sanjay Gupta, a practicing neurosurgeon who also is CNN’s chief medical correspondent. Gupta says he uses an earpiece.

Some experts haven’t waited for the WHO or FDA to issue warnings. Last year, Dr. Ronald Heberman, director of the University of Pittsburg Cancer Center, sent a memo to all faculty and staff, warning them of possible danger and advising them to cut cell phone use.

Cell phone use has been linked to other problems, including infertility, insomnia, hearing, and, of course, driving hazards.

Thanks for share this post I also share with you something hope you like my post. Along with the development of increasingly sophisticated technology, the use of CellPhone increased rapidly. In modern society, mobile phones have become a necessity. Though the use of the phone itself turned out to cause enough radiation is harmful to health. Since the phone is a transmitter that converts sound into a continuous sinusoidal wave is then transmitted out through the antenna and fluctuates over the air waves. Wave RF (radio frequency) electromagnetic radiation is the cause. Thanks
Radiation ear buds