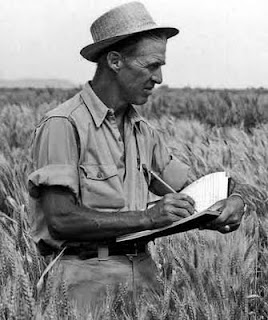 This obituary in the New York Times speaks for itself and must be an inspiration to all of us. Share it. Perhaps two billion people live today and famine is presently a rarity by his discoveries. Norman Borlaug 1914 - 2009
Norman Borlaug, Plant Scientist Who Fought Famine, Dies at 95
By JUSTIN GILLIS
Published: September 13, 2009

Norman was one of kind. “His total devotion to ending famine and hunger revolutionized food security " - just read this from Josette Sheeran, the executive director of the UN World Food Programme. Worth a read: http://bit.ly/15foeb