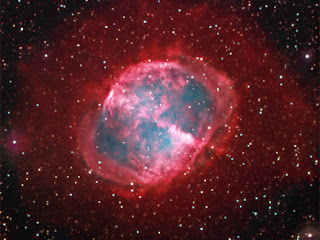 The problem has been quantized better and we have doable project that is able to harvest the objects that are in fact critical or I at least assume so. This suggests that objects not in this mix are at least survivable. Otherwise it is a good plan and puts hardware in orbit able to act as the local fire department

This is certainly a better scenario than previously espoused and based on little good data. A solution is available and it is cost effective. Loses of inaction will exceed that of implementation and if that is true then a common program needs to be put to work perhaps paid for on a per pound recovery charge so no one can squabble over whose fault.

I suspect that it will take some time for all this to be made to happen but the ability to charge back to the source programs will bring interest levels up. The problem is measurable and users can calculate their liability. This at least makes it a sufficiently solvable problem.

Although space debris proliferation presents a long-term challenge that will require a long-term solution, the immediate problem is quite bounded. A study of debris distribution reveals the near-term troubled zone to be a spherically symmetric region between the altitudes of 700 km and 900 km.

by Launchspace Staff
Bethesda MD (SPX) Aug 31, 2009
There is no doubt that the topic of "space debris" is hot! It is a hot subject at
NASA, DARPA, Air Force Space Command, ESA and in the board rooms of all commercial satellite operators. High anxiety is running rampant among these groups. Every debris mitigation technique has been reviewed and pursued. New satellites must have the ability to either de-orbit or move out of the way at end-of-mission.
Upper stages must vent tanks to rid them of residual propellant that might later result in explosions. Many satellites are maneuvered to avoid close-conjunction events. JSpOC is beefing up its satellite and debris tracking capabilities. National and international working groups are meeting regularly to assess the threat and to recommend actions for all space-faring nations. The world is just one major satellite collision event away from panic.
Instances of close conjunction events in highly congested orbital bands have increased dramatically in the past few years. In fact, the frequency of close encounters between active satellites and large debris objects within the Iridium constellation has reached a frighteningly high level. Odds are that there will be another Iridium/Cosmos type of event in the near future.
Should such an event occur, several bad things will happen to many satellite operators. If another Iridium satellite is involved the company would be forced to replace the lost satellite. The frequency of close encounters in orbits near that of Iridium's constellation would suddenly increase to levels that would cause several operators to reassess the viability of existing space applications.
Satellite insurance providers might be forced to raise premiums on in-orbit performance to record high levels. Future launch plans for almost all low orbit satellites may be curtailed. Space-based services to the world would diminish over time. The economic impact is not even calculable. This is scary!
Not to fear. A solution is on the way.
Although space debris proliferation presents a long-term challenge that will require a long-term solution, the immediate problem is quite bounded. A study of debris distribution reveals the near-term troubled zone to be a spherically symmetric region between the altitudes of 700 km and 900 km.
This is where a great many operational satellites and large debris objects co-exist. Thus, the near-term challenge appears to be the removal of enough large debris objects in order to reduce collision risks to levels consistent with statistical times-between-debris-collisions that are much higher than expected satellite mission lifetimes.
Sounds simple, but it is not! Seems impossible, but it is not! So, what will it take to do the job?
Simply stated, all affected parties must collaborate and contribute to create a massive new space effort. There are literally well over 1,000 large debris objects that pose an immediate threat. Every one of these can be removed, and there are a number of removal techniques. One approach, as an example, would be to develop specially designed "Debris Collection Spacecraft."
Each DCS would be capable of maneuvering and rendezvousing with several objects, one at a time. Each object may be stored for later de-orbit, or fitted with an autonomous de-orbit unit that slows the object's orbital speed. If each DCS can deal with 100 objects, assuming only 1,000 objects need to be removed, the job will require 10 DCSs. This whole removal operation must be transparent to commercial, civil and security satellite operators.
In order to be effective, the removal program needs to start yesterday, because it will take several years before actual removal operations can begin. We don't have a lot of time here. If each of 100 objects being collected by one DCS takes three days of maneuvering to reach, then each DCS would require roughly 10 months to achieve its mission. However, it is likely that the DCSs will require in-orbit refueling after each 10 rendezvous completions.
The total mission span for each DCS seems to be roughly one year. If the program is started immediately, it could be completed in about five or six years. The program cost is estimated at $3 billion, based on developing the DCS, on-orbit refueling vehicles and operations, building 10 DCSs and one to two years of ground operations. This is cheap compared to the cost of not doing it.
For all those who are concerned and interested in the space debris crisis, your first step is to get smart on the issues and possible solutions. This is where Launchspace can help. If you are involved in space flight or want to better understand the new space crisis, you will want to sign up for the "must take" seminar on the subject, October 27th in Washington, DC.
Posted by arclein at 12:22 AM