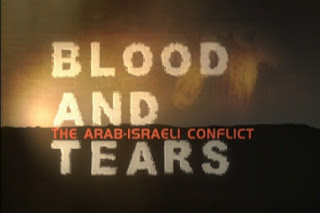 This is a thoughtful article that reveals the history of diplomacy over Israel as the charade it has been for two generations. It is also time to end it and that is as simple as described.
Israel emerged as a successful recovery of a Jewish homeland in their original homeland of Palestine led by early twentieth century zealots. The pogroms of the Second World War led to a population migration that created critical mass and the establishment of a Jewish state. This event galvanized the Islamic world and led to effective expulsion of internal Jewish populations in the Islamic world which also expanded the Israeli population. The later breakup of the communist bloc further stimulated Jewish migration to Israel.
A significant non Jewish Palestinian population fled Israel during the first war of independence and has not been simply absorbed into the neighboring states unlike the reverse flow.
The result is a numerically strong state with a population of several millions and fully modernized.
Thus regardless of pretty thoughts of international rights and wrongs, these are the facts on the ground and they are not going to change, not should they change any more than Europeans are going to change the fact of settlement in the Americas.
It is now time for the Palestinians to accept the status quo and to work within it. That also means that it is time for the international community to demand this acceptance and, as stated below, to force such acceptance incrementally.
In a generation we will be wondering what the fight was about.

The Only Feasible Basis for Arab-Israeli Peace By: Daniel Mandel
FrontPageMagazine.com Thursday, September 24, 2009

One of the responses I sometimes receive after publishing articles and delivering speeches pouring cold water on the prospects of current diplomatic efforts to achieve an Arab-Israeli peace is: ‘What should Israel/the West be doing instead?’

As it happens, there is an alternative, but it will convince no one unless the prohibitive costs of the present policy of diplomatic engagement with and funding of the Palestinian Authority (PA) are understood – which, largely, they are not. For even among those not deluded about peace prospects, there are some who believe that diplomatic shadow-boxing brings benefits.

Accordingly, what are these alleged benefits?

· Politicians buy time claiming to be working for peace, even if it never arrives. Yet deception via dissemination of spurious good news simply lulls the public to sleep. That might suit incumbents, who often manage to leave office before the consequences of their temporizing boomerang on their countrymen: Britain’s Stanley Baldwin, retiring in 1937, two years before the consequences of his appeasement policy and lack of rearmament helped to produce a long and bitter World War Two; or Bill Clinton’s inertia in dealing with Al Qaeda, leading to 9/11 early on his successor’s watch, come to mind.

· Negotiations defuse tensions and prevent full-scale hostilities. The absence of hostilities is often meaningless if aggressors patiently utilize truces to prepare for war. Just consider Yasser Arafat’s resort to war in 2000, after seven years of diplomatic “progress”; or Hizballah using the illusory calm of 2000-06 to dig in and plot further aggressions from southern Lebanon, leading to a costly, inconclusive war for Israel.

· Negotiations benefit Israel by warding off even stronger pressures. The Oslo negotiations tell otherwise: where Palestinians prove unwilling, the only remaining room for maneuver lies in pressuring Israel, which Bill Clinton duly did. He even threatened Israel with negative UN votes if Israel didn’t deliver concessions. Under both Clinton and Bush, the State Department refused declaring Palestinian violations by promoting terrorism and incitement to hatred. Chief U.S. negotiator Dennis Ross told me personally that “we … became so preoccupied with this process that the process took on a life of its own …Every time there was a [Palestinian] behavior, or an incident or an event that was inconsistent with the process … the impulse was to rationalize it, finesse it, find a way around it and not allow it to break the process.”

Is anything different today?

Fatah, which controls the PA, can hold a conference reasserting its refusal to accept Israel’s existence as a Jewish state while glorifying terrorists and rejecting an end of claims in any future peace agreement with Israel and yet the Obama Administration acts as though the key to the problem is to stop Jews moving into eastern Jerusalem and the West Bank. This is how shadow-boxing and process takes on a life of its own.

There is a better way, but it requires something politicians innately suspect: honesty with regard to unpleasant truths and a corresponding policy shift. Israeli and Western leaders would have to declare candidly that Palestinians do not accept Israel and support terrorism against her and that they will not deal with or support the PA under these conditions.

This option carries short-term costs, most likely manifested in even more anti-Western propaganda and even less co-operation against Islamist groups from Arab regimes.

In the longer term, however, the West would benefit from ending its participation in the self-defeating fraud that the ball lies in Israel’s court.

After all, why should Western governments stir up anti-Western sentiment among Arab publics by continually promising something that Arabs won’t deliver? Who exactly wins doing things this way, other than autocrats in Riyadh, fascists in Damascus and irredentists in Ramallah?

The onus would also be thereby placed on Palestinians to verifiably change their behavior. The present system of unconditional Palestinian entitlement to everyone else’s largesse ($900 million from the U.S. taxpayer this year alone) would be replaced by a requirement to earn financial and diplomatic support at each step of the way.

Thus, Western funding to the PA would continue, but only subject to the PA verifiably meeting its signed obligations to end terrorism and ghoulish incitement – sacking perfervid, hate-filled clerics; ending glorification of terror on its airwaves; renaming the streets and schools named in honor of suicide bombers; revising its irredentist, jihad-supporting curricula; and above all, jailing terrorists, dismantling their militias and confiscating their weapons.

Such change, in addition to furnishing the only feasible basis for peace, would disabuse people of the fallacy that peace depends upon unilateral Israeli concessions. It would also serve to lower the temperature of the Western lynch mob, which has fixated on Israel in proportion to the magnitude of its unreciprocated concessions.

But none of this can happen if we persist with shadow-boxing.
Posted by arclein at 12:35 AM