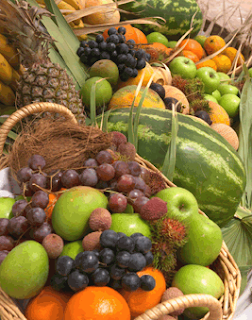 The topic of free trade has been kicked about by the political class for so many decades that I think that most have lost sight of the reality a long time ago. It certainly must behoove an individual recently unemployed to have a very personal sense of loss when his job for life disappears over to China. How can he not be upset and how can he not associate that loss with free trade? He would never be able to see it as a byproduct of an increasingly efficient economy, because he got left out.

Let me explain how clear that is. The labor component of a manufactured good is somewhere between five to twenty percent of the end selling price to the American consumer. Most of the eighty to ninety percent of that consumer dollar is consumed by taxes to the consumer’s government and the balance for the task of selling and delivering it to the consumer.

Much more of the consumer dollar is spent on this latter activity then on the actual manufacturing. Therefore it is hugely advantageous to the consumer to ship production to low cost labor regions because it expands his real purchasing power. This has happened to us. We now buy almost all ordinary consumer goods from low cost manufacturing sources. Thus while the average pay packet in North America has stagnated for thirty years, our purchasing power has grown hugely.

As you may have guessed, the consumer budget is not going to climb swiftly just because someone slaps a duty on some necessary goods. It will be diverted instead to a different mix of goods and in the process the unemployment will be diverted also. This will always hit high cost goods first (ours). In short, you cannot win at this game but you can put up with it and encourage high end production that is far less vulnerable to been turned into a common commodity.

The huge trade growth that occurred because of NAFTA should always be remembered. If it is not growing now it is because of politically generated beggar thy neighbor trade inhibitors. And the irony there is that they mostly transfer the problem internally rather than externally. China does not lose a dime when we fight among ourselves.

This type of political economic thinking produced millions of unemployed back in the thirties. And the inverse of the NAFTA story is exactly the same thing. It will be a massive reduction in mutual markets and massive systemic unemployment taking years to recover from. It will certainly mean a crippling of the North American auto industry at its nadir.

We have the current row over tires. The solution is a timed duty that allows the industry to adjust to a very new competitive environment that must include Chinese owned manufacturing and anti dumping provisions which are now overdue anyway.

We are suffering from an unpleasant flaw (among many) of capitalism as presently practiced. That is it is way too easy to use capital itself to eliminate competition rather that foster competition.

After all, you dump tires for two years and drive out the local competition. When they are gone, you have all the market and the original price structure in your pocket. Yes Virginia, mature markets need to be regulated in a timed manner that prevents such simple minded abuse of capital. The easy way is to insist that capital is available on the same terms to all market participants. That way, if you decide to double capacity in a stagnate market, then so does you competitor. Something like that would keep everyone sober. Anyway, this must be thought about.
Posted by arclein at 12:20 AM