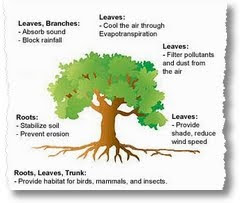 In this article, Bjorn Lomborg bemoans the reality that two decades of political posturing and treaty manufacture has accomplished zero. And let us consider that. Reducing our dependence on carbon combustion was simply difficult and is still difficult. It costs more even with present superior pricing. That it costs more is a major difficulty. So long as carbon based fuels are cheaper than alternatives or simply more convenient, they will naturally be used first.
That a universal tax might change the economics is true. Except it has to be universal. No nation can stand outside such a rule. That is the ongoing problem faced by humanity, no one wants to address the need for the creation of universal commissions of the environment who have authority to develop and implement best practice and oversee it.
Common action will solve just about all else. It may sound simplistic, but valid cheap solutions are lying around unimplemented. A lot is simply human inertia. After all, if your engineering career has been about building land fills, then all waste solutions are land fill projects. What is more, you have the reputation and political support all locked down.
The good news, provided one has patience is that better solutions will eventually find their champions and be made operational.
I have told you about acid rain in a pipe. The science is all known. The engineering components are all known. One engineer will someday bravely get a small operation going on an individual smoke stack to learn his business. This will take three to five years before everyone is satisfied. This will then lead to a single large application built out. It too will operate for five years allowing proper papers to be presented at the proper engineering conferences. Then, about ten years on several groups will use the technology and build out several separate plants. We now have well established technology that possibly becomes universal.
I have seen this happen with SAGD in the oil business and in many other situations. The process is so slow as to be almost invisible.
The only thing that can speed this up is crisis.
We are heading for an oil supply crisis. That means the drive to alternatives will become frantic. Some think it has already begun, although that is not true. Somehow we are continuing to sustain present levels of oil production. I do not think that we can lose any more production right now.
A supply crisis has already been prepared for over the past year as every shrewd operator has ramped up his capacity to replace hydrocarbons. It will not be enough but the onslaught of investment in alternatives will us turn the corner quickly.
A swift switch out in carbon dependence which is now setting up will make Kyoto obsolete.