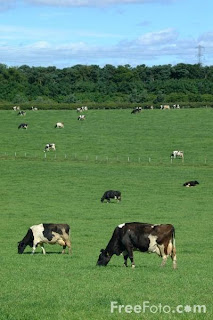 Let us make it simple. Specialization in cattle production and milk production outran the natural carrying capacity of locally available farm land a long time ago. On top of that, it takes about two years for natural processes to degrade manure mixed with plant material to a safe product that can be easily added to soil without any risk.

The result is a reliance of half measures that ultimately mean raw manure drainage getting into the water system.

I have seen this problem and proposed solutions cross my desk for the past thirty years and it is no closer to resolution.

It is obvious that unless government mandates a solution, that no operator can afford to subsidize a solution. In short, all methods add operating costs or they would have long since been adopted.

Government can solve it with the stroke of a pen, by simply forcing all operators, including importers to meet a disposal standard. Everyone has the same costs, and thus everyone is able to pass the additional overhead onto the consumer. The small operator wins because he actually consumes his manure.

Good technical solutions are biodigesters that swiftly reduce the manure into a sterile soil additive. It may never be a profitable stand alone solution but it will make a steady feedstock available to soil management.

A second solution may be to dry and mix with plant waste to produce high quality biochar, but this seems to be too much effort. Most likely a biodigester as suggested over the years will be the superior solution.

Runoff from agriculture is the biggest polluter of the country's river and stream water, according to the U.S. Environmental Protection Agency (EPA), and it has been fingered for hypoxic dead zones and toxic red tide algae blooms.
But how much of that runoff makes it into people's drinking water closer to home? In agricultural areas, it can be enough to cause persistent health problems, including diarrhea and other infections, according to
a report today in The New York Times.
"Sometimes it smells like a barn coming out of the faucet," Lisa Barnard, a Wisconsin resident told the Times. Barnard's well water tested positive for various contaminants and bacteria, including E. coli—which point not just to any runoff, but that coming from excess manure, according to the Times piece.
Beef and dairy farms often dispose of manure and other waste by shipping it out as fertilizer for crops, but "there just isn't enough land to absorb that much manure," said Bill Hafs, a Wisconsin county official who is angling for more stringent rules and enforcement, in an interview with the Times. When heavy rains or early spring melts come, excess waste can find its way into rivers and streams and also
Brown County, where Hafs works, has about a quarter of a million people, according to the U.S. Census Bureau, and about 41,000 dairy cows, which is about six people per cow. And as Hafs noted, "one cow produces as much waste as 18 people." And that is plenty of poo, according to many residents whose wells have been contaminated.
"More than 30 percent of the
For the most part, biological contaminants from farms that runoff into rivers or filter down into groundwater are regulated only by local laws. The Clean Water Act's jurisdiction is constrained largely to pollutants in water that is moving through manmade water supplies, such as aqueducts or pipes. The EPA does regulate farms that have more than 700 cows, but enforcement has been lax, the newspaper noted.
"The challenge now is for EPA and Congress to develop solutions that represent the next step in protecting our nation's waters and people's health," Lisa Jackson, the EPA administrator, said in an interview with the Times.
Posted by arclein at 12:51 AM