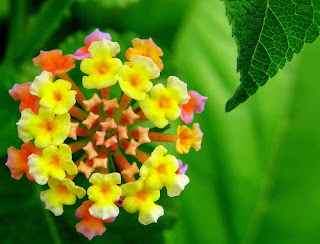 I sometimes think that agriculture is getting awfully spoiled. A generation ago and in much of the world today, picking a cultivar was trial and error with exchanges taking place over the fence.

Now these guys are perfecting a tool that will allow the farmer to use his own data and compare it rigorously with nearby sources and make decisions based on a lot of certainty. Sure beats listening to the seed salesman.

We are not there yet, but we will have scientifically supported best cultivars for our individual soils and local biome. And rigor matters. If you are a supplier, you need to know where your cultivar is optimal to a high degree of certainty.

Otherwise it is right back to trial and error. When we first planted raspberries back in the sixties, we started with five separate cultivars, including one developed locally for the region’s cooler climate. It was our worse type with low productivity and lousy flavor. Why it got released escapes me, unless it was supposed to grow on muskeg. In two years we were down to one successful cultivar, with good quality fruit and robust productivity.

It was vulnerable to mosaic and that meant aggressive removal of infected plants for control. Those breed for resistance were otherwise inferior.

The original banana was superior in taste and general quality to today’s version. It was lost to disease.

I think that everyone knows about wild strawberries. The flavor is much more intense than the cultivated variety.

What most do not realize is that spring frost nips the tips of the berries as they come off blossom. That is why they are rounded. An unnipped berry is longer and about twice as massive. The flavor is huge. If that intensity could be replicated in a modern strawberry it would dominate the industry. And a smaller specialty berry may have a market.


Challenges To Choosing The Best Cultivars For Crop Production


by Staff Writers
Mexico City, Mexico (SPX) Sept 01, 2009
Selection of a crop cultivar is one of the most important management decisions a farmer makes. However, choosing a cultivar for a particular environment, depending on the location or year, is an immense challenge because of unpredictable performance of cultivars across environments.
This relationship is known as genotype-by-environment interaction (GE). Despite continued efforts to breed for cultivars with wide adaptability, GE is still a major impediment to reliable identification of superior cultivars for optimal production.
Over the past several decades, numerous statistical methods have been developed to facilitate the analysis and understanding of complex GE variability in regional cultivar trials, enhancing researchers ability to correctly identify superior cultivars.
However, some of these methods have been overutilized or abused to a point that dubious results and conclusions may have been drawn.
Rong-Cai Yang, a scientist with Alberta Agriculture and rural developmentand University of Alberta, along with his collaborators Jose Crossa and Juan Burgueno, from International Maize and Wheat Improvement Center (CIMMYT), and Paul Cornelius from the University of Kentucky, has taken the issue to one of these methods.
This findings of this study is featured in the September-October 2009 issue of Crop Science, providing a critical evaluation of the biplot analysis of cultivars.
Biplot, a scatter plot that simultaneously displays points or scores for genotypes and environments, has been extensively used for studying GE or any two-way data table. Its descriptive and visualization capabilities along with the availability of user-friendly software have enabled plant scientists to examine any two-way data by a click on a computer button.
However, according to Yang, the problem is the utility and interpretations of such biplots beyond their functionality and capability.
"A biplot is simply a descriptive, graphical tool for a quick view of GE data but it cannot be used for hypothesis testing because there is no uncertainty measure," says Yang, whose research was supported by Alberta Agriculture and Rural Development and the Natural Sciences and Engineering Research Council of Canada.
Yang and his co-authors used their own wealth of experiences and expertise with GE analysis to identify and discuss six critical issues arising from the use of biplot analysis. These authors stressed that mere subjective judgment calls from visualization of biplots would not be sufficient.
They recommended the use of confidence regions for individual genotype and environment scores in biplots, thereby selecting and recommending cultivars on sound statistical and scientific bases. In particular, they proposed the use of a bootstrap re-sampling strategy for constructing such confidence regions. Research is ongoing to add statistical inference capability to the biplot analysis for sound decision on cultivar selection and recommendation.
Posted by arclein at 12:17 AM