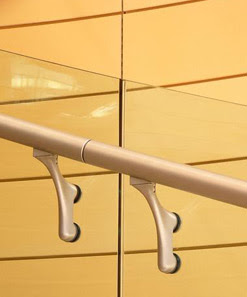 That rewarding non stakeholders of an enterprise on the basis of short term results is not a sound idea should be self evident. A true stakeholder would in fact reduce his share of profits in order to increase his equity worth through the expansion of value leveraged out of options.

Anything else is down right stupid. A sensible package should always be a good salary and a share in a funded options package

The rise of mega corporations in which acquiring a meaningful stake is impossible has created this present morass of compensation strategies.

In any event, the compensation of bankers is a particular problem unlike any other. The Bank has a special license that allows them to borrow short term and lend long term at a decent multiple. This means that they actually print liquidity in the system. That means that they and almost no one else must be prudent in their lending practices. That means that compensation must reflect the fact that the business should only make a modest profit. If a bank decides it needs to fund something adventurous, it must be made to make the project a stand alone corporation with no formal ties to the bank that could create liability for the bank.

And it is a pretty poor project if unable to attract independent banking support.

So long as bankers compensation is tied to short term results and they can print money to cover over their misdeeds, their behavior will not change. In fact, it cannot change. After all, how difficult is it to have Luigi borrow ten million to acquire Antonio’s failing enterprise packing seven million in debt, somehow securitized by doubtful assets and then resold off shore to cash out the banking profits.

We also need to have the banks separate out true performance compensation from that derived from ordinary brokering. That is were the huge compensations came from in the first place. The president of a bank finds it hard to pay ten times his own salary to some employee he does not even like. Yet properly these are direct costs of real sales and should be actually accounted for as such and disclosed separately.

By PAUL KRUGMAN
Published: September 20, 2009
In the grim period that followed Lehman’s failure, it seemed inconceivable that bankers would, just a few months later, be going right back to the practices that brought the world’s financial system to the edge of collapse. At the very least, one might have
But now that we’ve stepped back a few paces from the brink — thanks, let’s not forget, to immense, taxpayer-financed rescue packages — the financial sector is rapidly returning to business as usual. Even as the rest of the nation continues to suffer from rising unemployment and severe hardship, Wall Street paychecks are heading back to pre-crisis levels. And the industry is deploying its political clout to block even the most minimal reforms.
The good news is that senior officials in the Obama administration and at the Federal Reserve seem to be losing patience with the industry’s selfishness. The bad news is that it’s not clear whether President Obama himself is ready, even now, to take on the bankers.
Credit where credit is due: I was delighted when Lawrence Summers, the administration’s ranking economist, lashed out at the campaign the U.S. Chamber of Commerce, in cooperation with financial-industry lobbyists, is running against the proposed creation of an agency to protect consumers against financial abuses, such as loans whose terms they don’t understand. The chamber’s ads, declared Mr. Summers, are “the financial-regulatory equivalent of the death-panel ads that are being run with respect to health care.”
Yet protecting consumers from financial abuse should be only the beginning of reform. If we really want to stop Wall Street from creating another bubble, followed by another bust, we need to change the industry’s incentives — which means, in particular, changing the way bankers are paid.
What’s wrong with financial-industry compensation? In a nutshell, bank executives are lavishly rewarded if they deliver big short-term profits — but aren’t correspondingly punished if they later suffer even bigger losses. This encourages excessive risk-taking: some of the men most responsible for the current crisis walked away immensely rich from the bonuses they earned in the good years, even though the high-risk strategies that led to those bonuses eventually decimated their companies, taking down a large part of the financial system in the process.
The Federal Reserve, now awakened from its Greenspan-era slumber, understands this problem — and proposes doing something about it. According to recent reports, the Fed’s board is considering imposing new rules on financial-firm compensation, requiring that banks “claw back” bonuses in the face of losses and link pay to long-term rather than short-term performance. The Fed argues that it has the authority to do this as part of its general mandate to oversee banks’ soundness.
But the industry — supported by nearly all Republicans and some Democrats — will fight bitterly against these changes. And while the administration will support some kind of compensation reform, it’s not clear whether it will fully support the Fed’s efforts.
I was startled last week when Mr. Obama, in an interview with Bloomberg News, questioned the case for limiting financial-sector pay: “Why is it,” he asked, “that we’re going to cap executive compensation for Wall Street bankers but not Silicon Valley entrepreneurs or N.F.L. football players?”
That’s an astonishing remark — and not just because the National Football League does, in fact, have pay caps. Tech firms don’t crash the whole world’s operating system when they go bankrupt; quarterbacks who make too many risky passes don’t have to be rescued with hundred-billion-dollar bailouts. Banking is a special case — and the president is surely smart enough to know that.
All I can think is that this was another example of something we’ve seen before: Mr. Obama’s visceral reluctance to engage in anything that resembles populist rhetoric. And that’s something he needs to get over.
It’s not just that taking a populist stance on bankers’ pay is good politics — although it is: the administration has suffered more than it seems to realize from the perception that it’s giving taxpayers’ hard-earned money away to Wall Street, and it should welcome the chance to portray the G.O.P. as the party of obscene bonuses.
Equally important, in this case populism is good economics. Indeed, you can make the case that reforming bankers’ compensation is the single best thing we can do to prevent another financial crisis a few years down the road.
It’s time for the president to realize that sometimes populism, especially populism that makes bankers angry, is exactly what the economy needs.
Posted by arclein at 12:36 AM