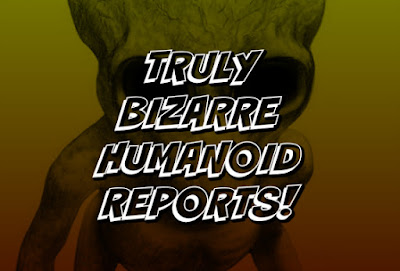 This goes back to 2007, I was roughly 20 years old. The drive was through a semi-rural area; a single lane, smooth road called 52, which connects Pennsylvania to Delaware. 52 also connects to "Devil's Road", where M. Night filmed, "The Village". It was typically an eerie commute, but due to me using it often, it never truly scared me.


Girlfriend at the time was riding with me in the passenger seat and we were travelling back to Delaware after dropping off my best pal in Pennsylvania, who'd joined us to see a movie. It was 2:00 AM at the time, we had recently crossed the state line. Despite being young and stupid, I reduced my speed slightly due to the dense fog which we had quickly entered. Before I knew it, my heart was racing. I found myself swerving as to not hit a person in the middle of the road. It was an apparition-like woman with long hair, covered in worn, white robes with a dim glow to her entire appearance. She was kneeling down and slowly rising. I didn't quite get a good look at her face, but perhaps that's what makes the fear linger on. I recall saying, "Holy sh-t! Did you see that?!" To which my girlfriend agreed, nodding with an open mouth and wide eyes. Additionally, this girl I was dating at the time claimed to have a ghost living in a room of her family's home, a room which they would seldom enter. From what I remember, it was right around Winterthur and the Delaware Museum of Natural History.” WT

Late 1990s – central Texas, USA “I've seen some weird stuff with him while driving in south Texas along the border. He never batted an eye, but while telling me this story he had goose bumps and a concerned expression. Which from this guy is about the equivalent of a trembling lip and crap stained pants. I'll tell this story in the first person as he told it to me. Years ago in the late 90's I was on my way from the house (central Texas) heading to Laredo to pick up a load. It was early morning, around 4:00 or 5:00 AM. I had just come off a string of days at home, so I know I wasn't tired. I am on one of those two lane winding roads in the absolute middle of nowhere, when I see something on the side of the road at the edge of my high beams. At first I just thought it was roadkill, as is usually the case. As I get closer, I see that it is roadkill and there's someone crouching over the deer carcass. I remember thinking either this guys taking the antlers as a trophy, or he's f'ing sick. As I got closer still I can now see that's this guy's eating the deer. He's pulling chunks of meat from the stomach and bringing them up to his face. At this point he stops mid motion and looks up at me. Not at my truck, but at me. He/it stands up and that's when I see that its huge, brown, and covered in hair. I remember thinking at this point,

[ This report is typical of a Giant Sloth taking full advantage of a deer carcass.  All good - aclein ]


Oh f-ck. This thing is standing on the tiny shoulder looking at me. By this point, maybe 3 seconds have passed and I'm about to the point in the road he's standing at. I didn't even think of stopping, in fact I'm starting to lay on it and get the hell out of there. As I'm passing it, its looking at me, again not at the truck, its looking through the driver's side windshield at me. He obviously has the intelligence to know that there's a driver in here and knows where I'm sitting. As I start to pass him I can still see its head above the hood of an old needle nose Pete. (Old truck design where the hood goes straight out from the windshield, known for being tall and difficult to see around.) This thing is giant. I remember seeing what looked like human intelligence in its eyes. It scares the crap out of me. Sorry for the wall of text. It's a story worth sharing though.” JBP

“I was driving through the back roads of Arkansas around 3:00 AM. Suddenly I hit a dense fog bank. It was so thick that I knew I should have pulled off the road because I could barely see in front of me, but sometimes pulling over can be just as dangerous. So I slow to about 20mph and put my hazards on. I see no other cars coming from the other way or behind me. After about 15 minutes I start seeing humanoid shadows illuminated by my headlights darting around the sides of the road and across it. It made the hairs on the back of my neck stand up. I saw maybe 5 or six of them. Never got a good look, all I saw was shadows darting back and forth but they we definitely human shaped. Needless to say I was freaked out and wanted to get away. I speed up a bit and after about 5 minutes I came out of the fog bank. It ended just as suddenly as it came. I speed away at my allotted 65mph and didn't stop till the sun came up.” RA

1980s - Utah to California “My old Bishop use to be a trucker when he was younger. He told us one day while driving to Utah from California he saw a man in a very bright yellow rain jacket, he said the look on his face looked like he was about to die, but he got a very eerie feeling to not pull over, this was around 2:00 PM he tells us btw. Around 9pm he gets to a place to eat some dinner, as he sits down he notices two tables from his left the very same man. There's no possible way that man could have gotten him. He strictly remembers no car passing him at all, not one, and when he saw the man it was in the middle of no where, so not like he was in a town with his car. This was before the internet so he never put it out there, like back in the 80's I want to say.” MP