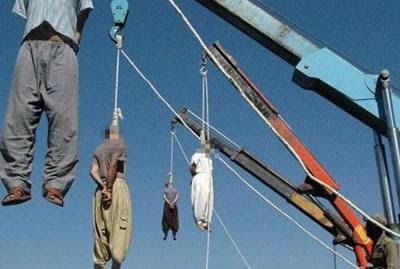 The abrupt  elimination of Sulemani last week is huge.  American deterrence just became completely real.
1     The USA can stand back from the global oil market and suffer no damage.

2    Closing the strait of Hormuz is massively damaging to Iran and also China in particular.  This provides the USA a non tariff lever in the trade war that drives costs in China.  Iran no longer has a trade based tactical weapon.

3     Iran now faces a steadily rising threat of a full out anti mullah revolution without any obvious way left to stop it from happening.  This has been brewing for a long time and this decapitation can be the tipping point.

4    The brewing Iranian takeover of Iraq is also surely aborted and we could now see a revival of Kurdish interests in both Iraq and Iran.  All this has now become an unwelcome distraction for the Mullahs.

The CCP knows that the Mullahs are the sworn enemies of the USA.  Watching their demise will not make the CCP sleep well.  That demise may not happen but tens of millions of Iranians taking to the street is a complete possibility.  Bus loads of Mullahs desperately running for the border is now also possible along with Mullahs hanging from street lights.  The Iranian people have a long memory and revenge is a thing there.
A thoroughly frightened CCP may make real change in China possible as well.  After all, Hong Kong was clearly a warning to the CCP.  Iran is turning out to be doubling down.

.
China Has A Lot At Stake As Attacks In Persian Gulf Rise

China is the world's largest importer of oil. It buys a lot of crude oil from Saudi Arabia and is investing heavily in Iran. So China is especially vulnerable to instability in the Middle East.

Saudi Arabia said today that the oil facilities damaged in last weekend's attacks should be running at normal levels by the end of the month. The attack sent oil prices sharply higher all over the world. One of the countries most affected was China. It imports more oil than any other country. As NPR's Jim Zarroli reports, that makes China especially vulnerable to instability in the Middle East.

JIM ZARROLI, BYLINE: In recent decades as China has grown, so too has it's thirst for oil. It now consumes some 12 million barrels every day. And Gabriel Collins of the Baker Institute at Rice University says it's had a major impact on prices.

GABRIEL COLLINS: China's influence over the global oil market for the last 10 to 15 years has been absolutely tremendous.

ZARROLI: China still consumes a lot less oil than the United States, but it produces only about a third of what it needs domestically.

COLLINS: They have the same problem that we do. They produce a lot of oil, but they consume even more. And so they're a net importer.

ZARROLI: In fact, China is hugely dependent on oil imports. And even more than the United States, it's vulnerable to oil shocks, such as hurricanes and wars and revolutions overseas. To keep the oil flowing, China does several things. First, it has a lot of suppliers around the world. It doesn't depend on any one country to buy the oil it needs. Roger Diwan is an energy analyst at IHS Markit.

ROGER DIWAN: What it does, it buys from everybody - Saudi Arabia, the UAE, Iraq, Iran, Kuwait, Qatar, et cetera. So they're trying to diversify to keep that supply coming.

ZARROLI: China was even buying about 500,000 barrels of oil a day from the U.S. until recently. China also tries to maintain good relations with oil-producing countries in the Middle East. When there's a major conflict affecting oil producers, such as the Iraq War, China has tended to stay neutral. And Gabriel Collins says when Beijing has inserted itself into Middle Eastern affairs, it's tended to play a quiet, behind-the-scenes role.

COLLINS: The Chinese have an obvious interest in that you don't want to see a war in the region that supplies the bulk of your imported crude oil.

ZARROLI: And even as the Trump administration has tried to ostracize Tehran, China and Iran have maintained cordial relations.

As Washington has tightened sanctions on Iran, the biggest Chinese oil companies have stopped doing business with it. But Roger Diwan says China still buy some oil from Iran.

DIWAN: They have created these shell companies which only trade with Iran and don't choose a dollar. So they're really outside of the reach of the sanctions.

ZARROLI: The Trump administration isn't happy about that. Secretary of State Mike Pompeo made this thinly veiled threat earlier this year.

MIKE POMPEO: Any nation or entity interacting with Iran should do its diligence and heir on the side of caution.

ZARROLI: But China is still buying oil from Iran. China has also made major investments in the Iranian energy industry. But Michal Meidan of the Oxford Institute for Energy Studies says China has an advantage by being so big. She says China has become such a huge market for oil that countries such as Saudi Arabia will do what they can to keep Beijing happy. And if for some reason supplies start to run low, she says China and the rest of Asia will be a priority.

MICHAL MEIDAN: So while they will cut cargoes and volumes perhaps to European buyers or potentially even to the U.S., they will want to keep their flows to Asia steady because China, but also India and Northeast Asian countries, are their biggest demand centers.

ZARROLI: China depends on countries such as Saudi Arabia and Iran to meet its oil needs. But they very much depend on China in return.