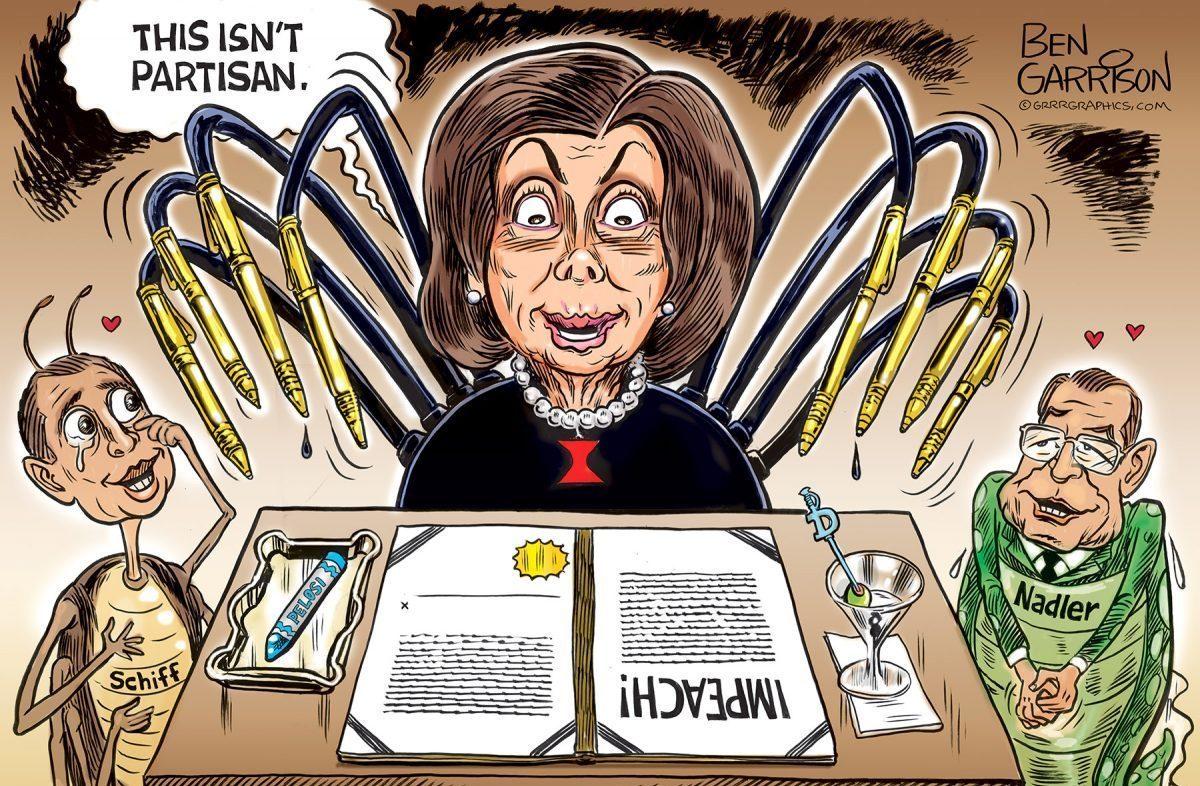 Hardly unaware but then the desperate do desperate things in the hope of even buying another day.  What has been happening is that the full investigatory power of the USA has been slowly unleashed to do its job.  Blockages are been steadily removed.  This slow walk to full justice could only be stopped, at least in the minds of the Resistance, by the outright elimination of Trump.

I suspect that even that will not work as Mil Intel is on the job here.  We are at WAR.


What they are doing is destroying their brand and the DEM may well never recover.   We may well have a socialist rump and a powerful centrist GOP and plausibly another party to draw from the right as well to aborb the disaffected.. .

https://www.zerohedge.com/political/kunstler-democratic-resistance-titanically-self-unaware
So titanically self-unaware is the Democratic Resistance that it failed to grok it was actually signing the party’s death warrant Wednesday, complete with official Nancy Pelosi commemorative black-and-gold signature pens. And that their solemn, prayerful journey from one side of the Capitol building to the other was actually the conveyance of that death warrant in what amounted to the party’s funeral march. Remember this eternal paradox of the human condition: people get what they deserve, not what they expect.

Could you look at the line-up of Democratic impeachment managers without laughing? Was there ever such a band of hapless, misbegotten ninnies assembled for a suicide mission? Led by the waddling homunculus, Jerrold Nadler, side-by-side with Adam Schiff, oozing a flop-sweat of falsehood, a rank cloud of bathos trailed the procession to the Senate side with its pathetic bill-of-particulars.

Could they actually be so dim as to proffer “abuse of power” and “obstruction of congress” as articles of impeachment? These two figments would be laughed out of a second-year law school mock court. Legal necromancers of the future, with all the time in the world, may never unpack the intended meaning of these charges besides “we hate you” and “you hurt our feelings.” But it’s up to the Senate of today to dispose of them procedurally one way or another, and the exercise is sure to be a high order of entertainment. 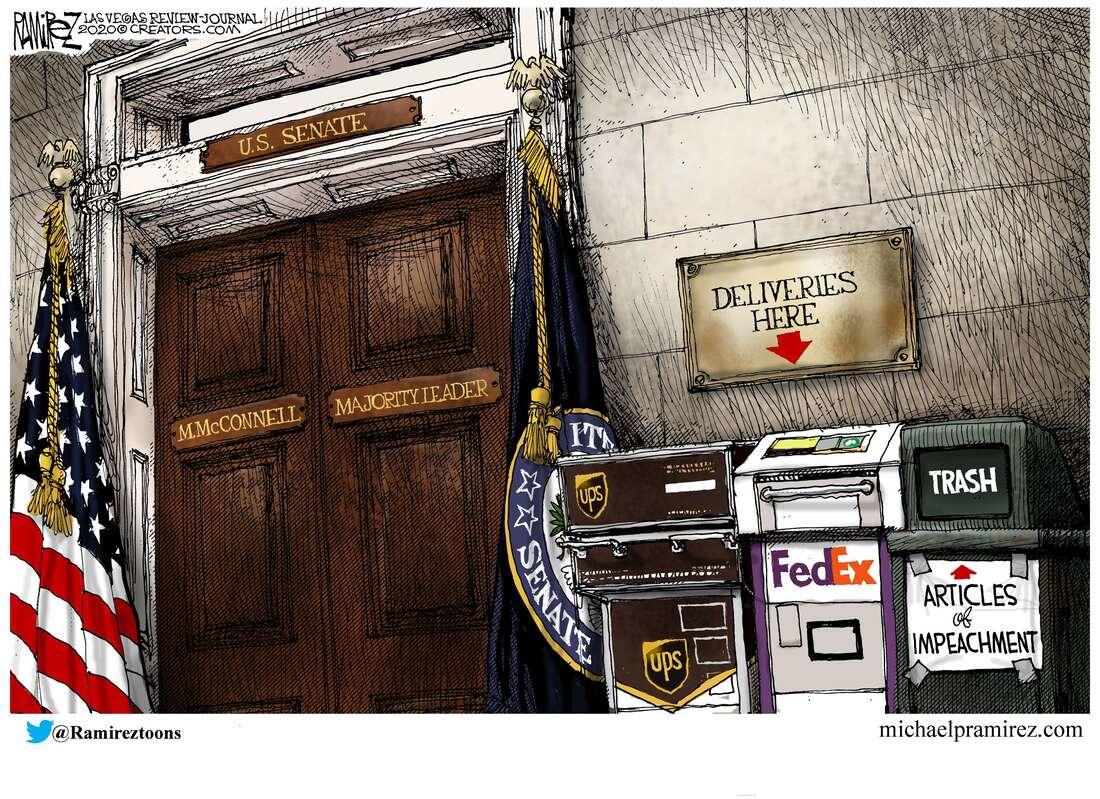 In a sane world of rational adults, these charges would be coolly dismissed out-of-hand as lacking any discernible malfeasant substance. As we live in a time of hysteria, the normal rules don’t apply. That being the case, the defense should spare no mercy in unmasking the bad faith and fraud on offer by doing what the House Democrats have asked for, calling witnesses, so as to walk the Democrats into the fiery furnace of humiliation and infamy they so richly deserve.


Wouldn’t you like to hear from the legendary “whistleblower,” since his actions provoked this chapter of the three-year orchestrated coup to oust Mr. Trump? If it’s a basic tenet of law that a defendant has a right to face his accuser, can there be any further excuse for concealing this person’s identity — whose supposed right to anonymity, by the way, has been one of the signal frauds of the whole episode.


Would it not be instructive to seat his mentor and former boss, John Brennan, in the witness chair and give him another opportunity to perjure himself? We must also hear from Michael Atkinson, the “whistleblower’s” enabler and Lawfare warrior Mary McCord, Atkinson’s former boss at the DOJ national security desk, who apparently stage-managed the “whistleblower’s” doings through Adam Schiff’s House intel Committee. Mr. Schiff would be the ripest witness of all, of course, since he has left a trail of falsehoods and fabrications longer than the Pacific Trail — but it’s unclear just now whether the Senate rules will allow a manager to be called to testify.


There is also much to be unraveled about the American mischief in Ukraine — which includes, but goes far beyond — the arrant grift of Hunter Biden. For example, the relationships between between the George Soros-backed NGO Atlantic Council and Burisma, the NatGas company that put Hunter B on its board, and Ukrainian oligarch Victor Pinchuk, board member of the Atlantic Council (and $25-million contributor to the Clinton Foundation), and Dmitri Alperovitch (also Atlantic Council) co-founder of Crowdstrike, the company that “examined” the supposedly “hacked” DNC servers, and Hillary Clinton herself, the self-dealing Secretary of State behind the international pay-for-play charity fraud she operated while in office. Also bring back former US Ambassador to Ukraine Marie Yovanovitch to ‘splain the actions she took to conceal all these machinations, as well as her role in operating the 2016 Kiev Hillary campaign office. 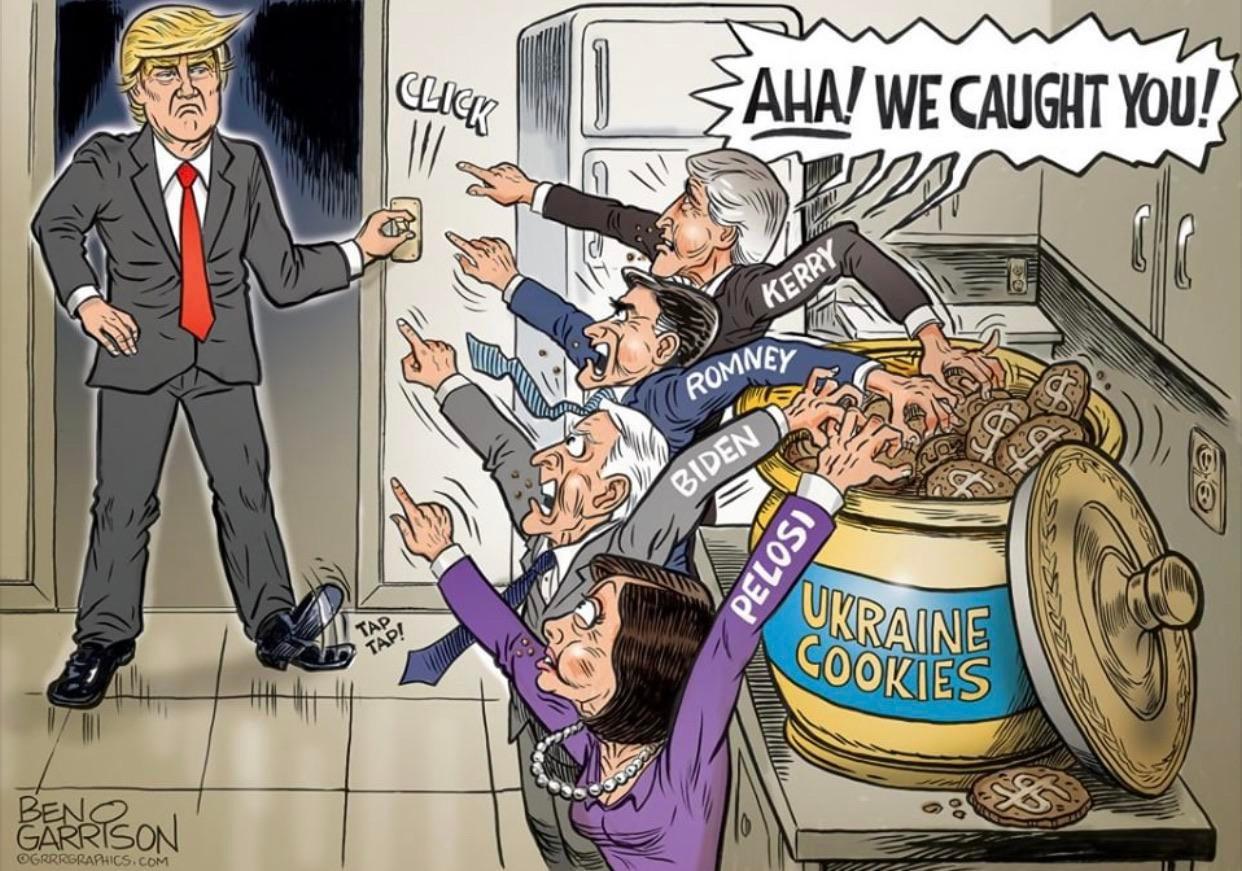 What would soon be obvious is that the precipitating “whistleblower” caper was an effort to divert attention from a network of Americans that used a politically captive Ukraine — following the Maidan Revolution of 2014 — to protect an enormous racketeering operation threatened by the candidacy, and then the election, of Mr. Trump. Naturally, they are desperate to get him out of the way. So many of the facts are already publicly known and documented about these matters that the legal machinery has yet to catch up with it all.


And when it does, the Democratic Party will have driven a wooden stake through its own depraved heart.
Posted by arclein at 12:00 AM