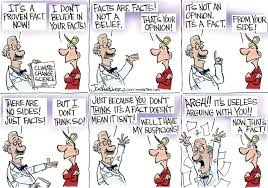 The task of Catholicism has always been to share a deep understanding of not just the direct teachings of Jesus but also to share access to the Holy Spirit in communion with others of the faithful.  This last part is the problem of course.
We all hear of spiritual practice, but little is actually communicated.  It is almost as if we are all afraid to share direct knowledge as it allows yourself to be challenged. It uis hard on the ego to face challenge.

It is thus unsurprising that the enlightenment focused on mastering literacy in order to read the scriptures as a path forward.  We now do the same worldwide to read multiple witness regarding meditation and other meditative spiritual practices.

So literacy has made witness globally available.  From that base, the global internet has made witness available everywhere to be heard and to be read.  Such a small beginning back in the late Seventeenth Century, but here we are.

Soon enough the restoration of Eden itself will be fully underway as well.

It is easy to reject the spirit as real.  That is a mistake.  Yet it takes effort to access the spirit and many shy away to perpetuate their ignorance.  You must step on the path and you must live the path at least.  That is good enough.  Your guides will then take over and help you.


Catholic theology used to employ the term “invincible ignorance” when speaking of those who had never heard the Gospel preached and, therefore, could not come to an act of explicit faith, but might merit salvation if they accepted the faith implicitly.


But, Maureen Dowd has given the phrase invincible ignorance a new and different meaning. She has heard the Gospel preached. She was, after all, raised as a Catholic. But, her invincible ignorance, displayed again yesterday in a column so full of stupidity it is difficult to know where to start, is born of the preaching of a different gospel, the gospel according to Maureen, the gospel that holds that whatever she and her social circle think is humane must be humane, that whatever values they hold should be everybody’s values, but pay close attention because those values are about as permanent as the specials at one of Mario Batali’s restaurants.


Her central concern is that she thinks the Church is engaged in “loyalty testing, mind control and heresy hunting.” Of course, in the Catholic Church, we have long believed obedience is an evangelical counsel, and have believed such for two millennia, and that we are called to follow Christ and deny ourselves. So, the testing of loyalty is something all Catholics should do, no? I do not know what Ms. Dowd means by “mind control” but if we “put on Christ” in our baptism, are we to not let Him into our minds? Does not the Catholic faith, today and always, teach that we are to conform our minds to the mind of Christ? And, unless Ms. Dowd has received a private revelation, how can she be sure she is conforming her mind to Christ, instead of to the editorial sensibilities of her Upper West Side colleagues at the Times, apart from the Church? And, while I am no fan of heresy hunters, I am not dismissive of the need to be mindful of heresy either, and I would rather entrust that mindfulness to the Holy See than to the Grey Lady, thank you very much.

Most of Dowd’s article is a rant, as are most of her articles when she writes about the Church. Why she maintains the very public forum she does escapes me. There are better and smarter and funnier writers in the land. But, really, in the end, Dowd’s rants do not provoke me to anger or disgust anymore, only to pity. Her article is devoid of historical reference, she quotes that famous theologian and church historian Mario Cuomo, and her argument, such as it is, is unencumbered by anything resembling coherent logic. It is pitiable, not printable.