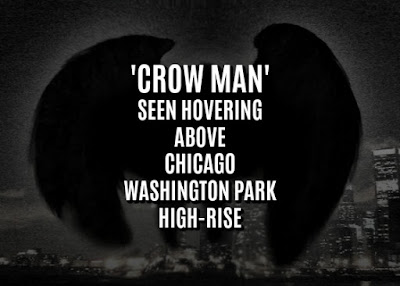 This is important.  If confirms the use of a personal gravity control device in particular and that makes it certain that the collection of moth man reports are of human beings using a full body suit and gravity control, likely even woven into the body suit.

There are plausible natural creatures out there that could come close to looking like this, but never the gravity control.

This at least locks down the whole Chicago affair as a likely demo of technology as I had already conjectured in past reports.

I recently received the following information:

Hello, a friend shared an NPR article about the Mothman sightings in Chicago and I was shocked when I came upon your website and research.

On November 1, 2015 around 10 am I was chatting on the phone with a good friend, minding my business making plans for brunch, when I glanced out my bedroom window and immediately noticed something out of place. A very large “crow man” hovering over a high-rise apartment building about a block away from my house. A man, jet black from head to toe, upright hovering in the air about 5 feet above the Midway Plaisance Senior Apartments on E. 60th Street. For reference, this is a 17-story high-rise apartment building directly across the street from Washington Park on the south side of Chicago (miles from downtown and not a lot of high-rises in the area).

So I’m on the phone with my friend but I go silent as I’m watching this thing hovering and kind of spinning around slowly over the building and my friend on the phone starts asking me if I’m still there. I start describing to her what I’m looking at and of course she thinks I’m crazy. By the time I get off the phone to try and take a picture the thing starts to float away and move westbound behind some trees where I lost sight of it. I call my friend back and she is trying to rationalize that I saw some sort of life-sized leftover Halloween decoration flying 20 stories in the air like a balloon. I can’t say exactly what I saw as it was unlike anything I have ever seen or could even imagine, but it was alive and wasn’t any damn balloon. The whole sighting only lasted about 60 seconds but I got a good look at it from my 3rd floor window before it “flew“ away.

The thing had wings tucked behind it, but didn’t need them to hover or move around. I wouldn’t say it “flew” at all, it literally hovered in a standing position. It was jet black from head to toe, front to back. It had to be about 8 feet tall, and I could clearly make out a head, arms, legs, and wings folded behind it. There wasn’t a single cloud in the sky, and the sky was a crisp bright blue. It was so sunny that its jet black body looked iridescent with shades of blue and purple reflecting off of it in the sunlight as it did a slow 360 degree turn. From the iridescent color and wings I can best describe this thing as a “crow man.” It almost looked like how the feathers of a crow looks iridescent from where I was standing. At the time I googled “crow man sightings in Chicago” and couldn’t find any other sightings on the internet to justify what I saw, or help anyone believe me. I only told about 3-4 close friends and family members and they just kind of joked, filed it away mentally, and we all moved on.

Well, fast forward to about a week ago and one of the friends I had told my sighting to sends me this NPR article where I came across your collection of other reported sightings, each sounding eerily similar to what I saw. Now, I’m a busy college educated 'mom-preneur' raising 2 little ones, with a demanding career, and a side business, and don’t have time for any visits from the Men in Black, the government, or a creepy Mothman seeking revenge for snitching on him. But how is this not national news or a public safety alert? I literally started crying when I clicked on the map in that article and read a reported sighting from Washington Park in 2011 just a few hundred feet away from the high-rise building where I saw it in 2015. For reference, Washington Park is 372 acres, and this particular area is pretty close to the large pond on the southeast side of the park by 60th and Cottage Grove.

Wish I had more to share but honestly I was too terrified to run outside after this thing to take a picture. It had wings and didn’t need them to fly. I wish I could go back to minding my business, but really hope you can expose what is going on here. Let me know if you have any questions. M 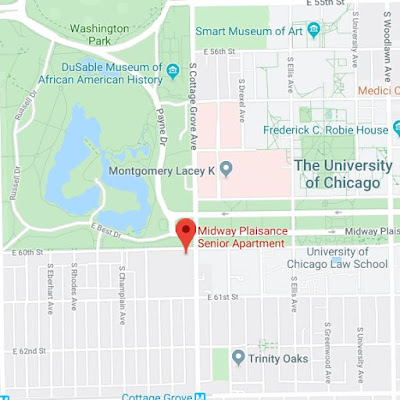 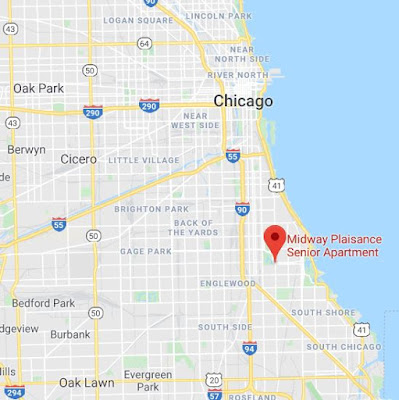 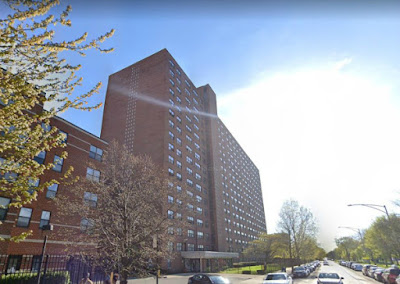 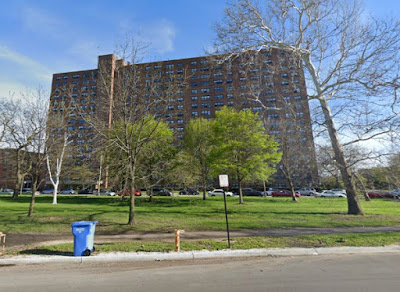 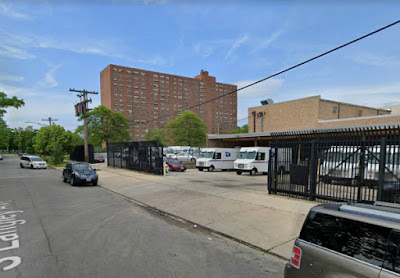