Could A Pill Replace Exercise? 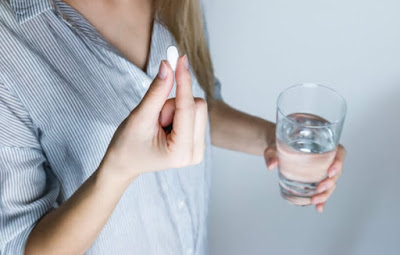 We do not know how to use this yet, but count on it arriving quickly as this is something that the elderly desperately need.

Now combine all this with tai chi methods that engage muscles for twenty minute intervals without progressively working them which is what i presently do myself.  This produces overall muscle tone and a centered core.  This could become a promising new body enhancement protocol that certainly will extend body vigor deep into old age.

This happens to be a complete surprise folks..

ANN ARBOR, Mich. — Given the option, would you avoid the gym altogether and simply pop a pill or drink a supplement that brings about the same benefits as a workout? It sounds farfetched, but the idea of lounging around all day yet still enjoying the health benefits of an intense workout may soon be possible. While there are still many details to be worked out, researchers at the University of Michigan say that the naturally occurring protein Sestrin appears to mimic the effects of exercise on both flies and mice in experimental trials.

These findings could have far reaching implications across the fitness, medical, and scientific fields. For instance, Sestrin could conceivably help individuals unable to work out due to old age or health problems maintain their muscles.

“Researchers have previously observed that Sestrin accumulates in muscle following exercise,” explains Myungjin Kim, Ph.D., a research assistant professor in the Department of Molecular & Integrative Physiology, in a release.

Researchers wanted to further investigate Sestrin’s connection to exercise, so they decided to conduct an experiment using flies. They designed, in their own words, a “fly treadmill,” in which a group of flies were trained for three weeks to climb up and out of a test tube. Some of those flies were normal, while others had been specifically bred to lack the ability to make Sestrin.

“Flies can usually run around four to six hours at this point and the normal flies’ abilities improved over that period,” says professor Jun Hee Lee, Ph.D. “The flies without Sestrin did not improve with exercise.”

Also, when researchers provided another group of normal, un-trained flies with a max dose of Sestrin, these flies immediately became more adept at the treadmill, and overall physically superior to other flies, even the flies that had just spent three weeks training. Perhaps even more noteworthy, the flies given a max dosage of Sestrin didn’t appear to get in any better shape after exercising, indicating that the Sestrin alone effectively caused them to reach their full physical potential.

“We propose that Sestrin can coordinate these biological activities by turning on or off different metabolic pathways,” Lee explains. “This kind of combined effect is important for producing exercise’s effects.”

Another portion of the study also found that muscle-specific Sestrin is capable of preventing atrophy in immobilized muscle groups. This often occurs whenever a limb is placed in a cast for months on end.

While all of these findings are quite remarkable, the study’s authors caution that a great deal of work remains before Sestrin is seen on nutrition store shelves. As such, don’t expect any Sestrin supplements anytime soon.

The research team say one of their top priorities moving forward is identifying how exactly exercise produces Sestrin in the body.

“This is very critical for future study and could lead to a treatment for people who cannot exercise,” Kim concludes.
Posted by arclein at 12:00 AM