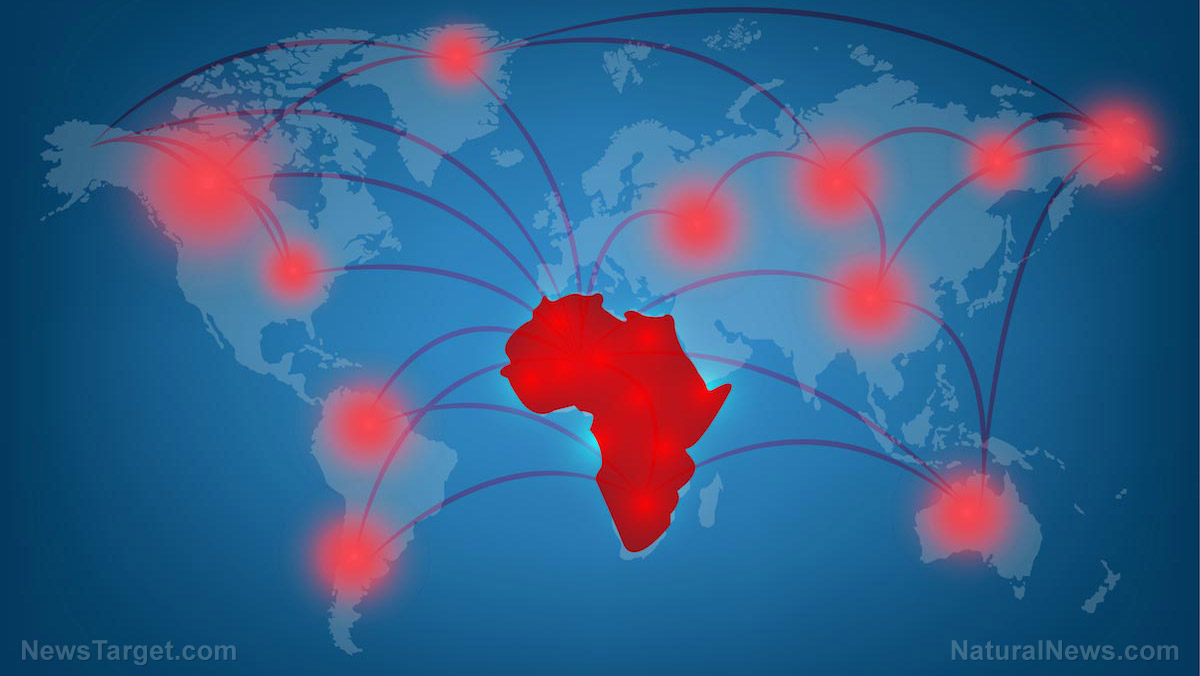 Recall that i do think that the USA is under biological assault along with the high global population centers.  This may not be true at all, but we need to investigate and to become surer.

The NWO and their allies all support population reduction or outright genocide all during an era in which our natural population is peaking and preparing to sharply decline.

My point is that we continue to see circumstantial evidence that i do not like.
..


Ebola-infected woman crosses America’s open border and dies in a U.S. hospital… “human weapons” infected with Ebola are being sent into the USA


(Natural News) There’s still no formidable wall protecting America’s southern border from continued invasion, which means that “migrants” and “refugees” – let’s call these people what they really are: illegals – continue to flood into our country like a broken fire hydrant. And some of them, disturbing new reports indicate, are bringing with them deadly Ebola infections that could create a national health nightmare.

A case-in-point was a 41-year-old woman from the Democratic Republic of the Congo (DRC) who died recently after entering the country via Texas. Border Patrol reportedly took the woman into custody after it was revealed that she had “a pre-existing medical condition,” after which she “vomited” before dying from “acute kidney failure.”

Upon analysis, it was determined that the woman was infected with Ebola, a deadly illness that has the potential to snowball into a national or even global pandemic if it isn’t quickly identified and quarantined. In this case, initial screening determined that this woman was sick, but for some reason she was “cleared by on-site contracted medical personnel, and transferred to the Lincoln Juarez Bridge for additional immigration processing and overnight holding.”

The very next day, which just so happened to be Christmas morning, the woman began to suffer “abdominal pain” that eventually caused her to throw-up. Border Patrol immediately contacted emergency medical services (EMS), which came and transported the woman to the Laredo Medical Center for a medical evaluation, where she quickly died.

“The subject’s health declined rapidly and she passed away at the hospital,” according to reports, though the Webb County Medical Examiner’s Office (WCMEO) ruled the death as not suspicious since she had a “pre-existing medical condition.” But what this office and others involved failed to reveal was that this “pre-existing medical condition” was deadly Ebola, possibly out of fear that it might create mass panic.

“The Ebola virus disease (EVD) is a serious illness characterized by fever, severe vomiting and diarrhea, and, in severe cases, multi-organ failure requiring mechanical ventilation and renal replacement therapy,” warns the National Center for Biotechnology Information on its website.

Ebola is a pretty serious health condition, in other words, and one that’s far riskier than, say, measles, which our government is constantly fear-mongering about in order to scare the American public into getting vaccinated – or, in the case of California, using as an excuse to force people to get vaccinated.

But somehow when it comes to illegal invaders, all bets are off as anyone is welcome by these same leftists into our country, regardless of their “pre-existing medical conditions.” Furthermore, nobody on the vaccine-loving left is calling for “refugees” and “migrants” to be forcibly vaccinated in the same way as California children are by vaccine liars like Richard Pan, who singlehandedly led the crusade to eliminate the Golden State’s religious and philosophical vaccine exemption provisions.

Meanwhile, Ebola is spilling over in the United States and you’d be hard-pressed to even learn about it from the mainstream media, let alone be informed about how to try to protect yourself from its deadly scourge. Somehow, it’s no big deal for illegals to bring deadly diseases into America, but if you’re an American citizen who objects to “mandatory” vaccination, then the left wants to throw you in prison.

“CDC holds a patent on Ebola and new vaccine is big money maker,” notes one Infowars commenter about the sinister nature of these latest developments. “Let in a few infected people to scare everyone. Maybe they can legally force it on everyone if enough cases emerge. Can’t trust them.”
Posted by arclein at 12:00 AM