“We Have Lost Many Men and Planes Trying To Intercept UFOs” 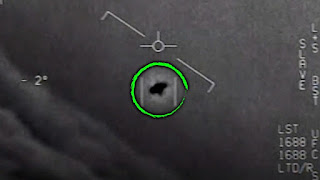 The data claimed does not make much sense. I certainly think that attempts were made to do all these things.  Except that just one failure will change operational practice.

Chase quickly replaces chase and shoot when the UFO shoots back and when the shots are ineffective.

Since these folks are not stupid, occasional tests of ability are to be expected.  Yet making it a practice serves no one.  So it is not happening.  What is happening are occasional attempts to intercept UFOs.  Except that those are uncommon because of stealth.

“We Have Lost Many Men and Planes Trying To Intercept UFOs”

Timothy Good writes, “The destruction or disappearance of military aircraft during interceptions of UFOs continued apace.” As General Benjamin Chidlaw, former commanding general of Air (later Aerospace) Defense Command told Robert C. Gardener (ex USAF) in 1953: “We have stack of reports of flying saucers. We take them seriously, when you consider we have lost many men and planes trying to intercept them.” Leonard Stringfield , the former Air Force intelligence officer was told by a reliable source in the 1950s that the “Air Force was losing about a plane a day or 365 a year to the UFOs.”Stringfield was reliably informed. According to US Defense Department figures, from 1952 until the end of October 1956, there were 18,662 major accidents of military aircraft, broken down as follows:

Of this astonishing total, most involved fast new jets (such as those scrambled in UFO interceptions), of which 56.2 per cent were found to be caused by pilot error; 8.1 per cent by ground-crew or other personnel failure; 23.4 per cent by failure of parts and equipment in the aircraft; 2.8 per cent by various ‘unsafe conditions’, and –9.5 per cent (1,773) were due to ‘unknown factors’. Thanks to Timothy Good’ book, “Need to Know” P.172

Comments: When I chased a UFO we exceeded the red lined aircraft air speed by 20 knots. In the excitement of the chase it is easy to exceed aircraft capabilities and often some part of the aircraft may fail. Many stories are told of firing missiles and making direct hits on the UFOs that were unharmed only to have them return the fire and destroy the interceptor.

Lt. Chidlaw entered the Air Corps Engineering School at Wright Field, Ohio, and later directed the development of the United States’ original jet engine and jet aircraft. He spent most of his career at Wright Field which established Chidlaw as an expert on materiel, especially aircraft. He became chief of the Experimental Engineering Branch, where he monitored the jet engine development. In March 1945, he took command of the Mediterranean Allied Tactical Air Forces and was promoted to major general the next month.

Chidlaw returned to Wright Field in July 1945 as deputy commanding general for operations of what became Air Materiel Command. He was flown to Roswell, New Mexico at the time of the UFO crash announcement in July of 1947. In October 1947, he became deputy commanding general of the command, with rank of lieutenant general, and full commander on September 1, 1949. General Chidlaw was given the task to evaluate UFO sightings and his group agreed the phenomena was real and approved the Research and Development Board. It is likely his team attempted to develop their own flying discs.

On July 29, 1951, he received his fourth star and the command of Air Defense Command at Ent Air Force Base, Colorado. Most fighter interceptors were under his command and each Air Force base had a UFO Officer who could launch fighters if UFOs were in the area.

During the summer of 1952, Americans reported a record amount of UFO sightings to Project Blue Book. Frank Feschino, Jr. has written a book about the 1952 summer and America’s UFO problem. He takes the reader on a journey through Blue Book’s “Unknown” cases and other UFO reports.

He focuses on the encounters between US. Fighter planes and UFOs with an in-depth historical account of the United States military’s “shoot down” orders on September 12, 1952.

A horrific encounter occurred in West Virginia when a 12-foot-tall being, the “Flatwoods Monster,” terrified a group of Flatwoods residents after it’s damaged craft landed in their town. Feschino reports on this case in great detail and has become the authority on the “Flatwoods Monster” incident. For the first time, he writes the complete version of this terrifying alien encounter. The most accurate documentation of this event in print. 90 photos, maps and illustrations.

The US military is estimated at losing 500 aircraft a year attempting to shoot down UFOs There is some evidence that when missiles or rockets are fired against the UFOS, they can turn them around and use them against the fighter that fired the shot.
Posted by arclein at 12:00 AM