While your Enemies Destroy Themselves. 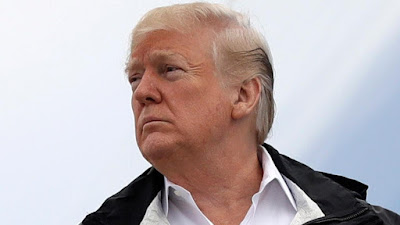 I do not understand how a thinking person can accept the DEM impeachment charade.  In fact, every attempt to support it has damaged the spokesmen.  I really start thinking that this exercise is a show put on for the purpose of destroying the DEMs.  Can they really be this devoid of sense?

Understand that the DEMS have been engaged in a full press attempt to overturn the 2016 election.  This has been to the complete disregard of legislation and working to protect even their own agendas.  As noted, they have been supine while Trump undoes through Executive order the majority of Obama's executive orders.  Where none of those regulations worth fighting for?

Had the DEMs swallowed hard in 2016 and then formally accepted the electoral outcome, they could then have immediately focused on promoting their own leading lights, they would plausibly have a creditable cast of candidates today and the DNC would be well on the road to a creditable rebuild.

DEM criminality could have been both subsumed into any GOP criminality and vigorously distanced from.  It was all those other guys.

Instead they have embarked upon the worst possible strategy for three years and it may well be now fatal.  They are driving the moderate DEMs into the hands of the GOP, now firmly controlled by the moderate GOP.  The moderates have always been the real majority and radical flavors hon either side have always been subsumed by that majority..