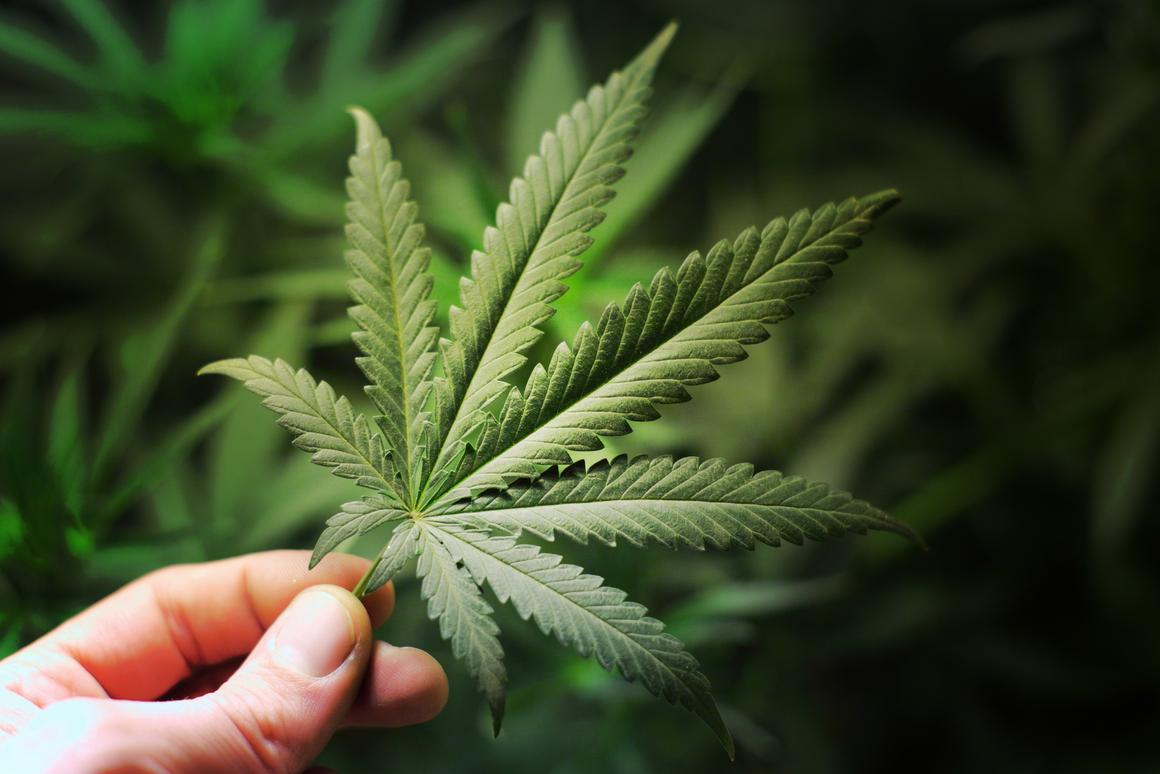 The quick take home is that variation may be driven by a spectrum of largely undetected variations on THC.  It certainly confirms that the most basic science is still underway for cannabis.

Determining their values will remain a sought after goal but at least the work is well underway.

Empirical work over thousands of years has produced a small handful of truly active plants along with thousands of plants with indications as well.  that data is only now been recovered and it is also only now that we have the tools able to ferret out multiple aspects of these plants.  So this is an indicator of just how much we have to do..

Italian scientists have identified two new cannabinoids, including a compound called THCP that could be significantly stronger than traditional THC
yellow2j/Depositphotos

A recently published article in the journal Scientific Reports has described the remarkable discovery of a previously unknown cannabinoid. Dubbed THCP, the molecule has been shown to be significantly more potent that its well-known counterpart THC, however, it’s still unclear how psychoactive it is in humans or how present it is in popular cannabis varieties.

Although humans have been utilizing the intoxicating properties of cannabis for thousands of years, it is only incredibly recently that scientists began to understand exactly how the plant confers its psychoactive affects. In the late 1980s scientists discovered a new type of brain receptor that seemed to respond directly to compounds in cannabis. A few years later a second similar receptor was discovered, and the two receptors were labeled CB1 and CB2.

These two kinds of receptors, found in significant volumes across the entire human body, are strongly activated by tetrahydrocannabinol (THC), perhaps the most well-known psychoactive compound in cannabis. A number of naturally produced neurotransmitters, called endocannabinoids, also interact with CB1 and CB2 receptors.

The ability for chemicals found in cannabis to bind with CB1 and CB2 receptors is primarily determined by its side chain. THC, as shown above, has a five-link side chain. No naturally occurring compound in cannabis has been found to have more than five links in this side chain, however, synthetic cannabinoids with more side chain links have been created by scientists.

The new study, from a team of Italian scientists, has for the first time discovered two naturally occurring cannabinoids with seven link side chains. The researchers have named the cannabinoids tetrahydrocannabiphorol (THCP) and cannabidiphorol (CBDP).

The subsequent pharmacological tests revealed THCP seems to be over 30 times more potent in its ability to bind to CB1 receptors, compared to THC.

What does this mean? Is THCP 30 times stronger than THC? Not exactly.

“THCP was tested in vitro on CB1 and CB2 receptors proving to have a 33-fold affinity for CB1 compared to the data on THC reported in the literature,” explains corresponding author Guiseppe Cannazza in an email to New Atlas. “This does not mean that it is active in vivo. Therefore, Dr. L. Luongo tested THCP on mice to evaluate its cannabimimetic activity. The results suggest that THCP acts similarly to THC but at lower doses (about half dose).”

Cannazza is clear the team’s animal studies so far do demonstrate THCP is substantially more psychoactive than THC. However, what this means for human intoxication is at this stage entirely unknown. It is also unclear whether different strains of cannabis contain varying levels of THCP.

“The Italian Ministry of Health gave us the authorization to study the FM2 cannabis variety, which is produced by the Military Chemical Pharmaceutical Institute of Florence,” says Cannazza. “The concentration [of THCP] present in this variety is extremely low and probably it does not reach the effective dose to produce a pharmacological effect. It should not be ruled out though that the concentration of THCP might be higher in other cannabis variety, since this compound has never been searched in the plant.”

The researchers do hypothesize THCP, and other yet-to-be-discovered compounds, could explain the dramatic variability in subjective responses to cannabis. A number of trials have been conducted using cannabis with uniform THC volumes yet individuals often report broadly different psychotropic effects. As THCP has never previously been detected, or measured, in cannabis strains, the study does suggest this potentially psychoactive cannabinoid may account for some of these different effects.

“In our opinion, this compound should be included in the list of the main phytocannabinoids to be determined for a correct evaluation of the pharmacological effect of the cannabis extracts administered to patients,” the researchers conclude in the recently published study. “In fact, we believe that the discovery of an extremely potent THC-like phytocannabinoid may shed light on several pharmacological effects not ascribable solely to THC.”

CBDP, the newly discovered seven link side chain homolog of CBD, another well known, yet significantly less psychoactive, compound found in cannabis, is even more of a mystery than THCP. While a form of CBD has recently been approved by the FDA to treat certain kinds of epilepsy, its mechanism of action is still incredibly unclear.

Cannazza says that since CBD is not known to strongly act on CB1 or CB2 receptors, his team’s research primarily focused on exploring the psychoactive effects of THCP. So, whether or not CBDP is more potent than CBD, or more therapeutically effective, is another mystery yet to be investigated.
“No biological test was performed on CBDP,” explains Cannazza. “Its activity is completely unknown. Indeed, CBD itself has poor affinity for CB receptors and its mechanism of action is still not completely clear. We cannot state that CBDP is more or less potent than CBD since it seems not to act through CB receptors. Its biological activity is all to be evaluated.”

Essentially, this remarkable work highlights how much there is to still learn about the properties of cannabis. Technical advancements in mass spectrometry and the relaxing of legal regulations relating to cannabis are only now allowing scientists to fully explore exactly what novel compounds can be found in this iconic plant.

Cannazza and his team are initially focusing on simply characterizing the many unknown compounds in cannabis. It will then be up to other scientists to find out whether these substances have any therapeutic value.

“We are going on with our research to study the chemical composition of different cannabis varieties,” concludes Cannazza in an email to New Atlas. “We started with CBDB and THCB, the corresponding derivatives with a four-term alkyl chain, published in the Journal of Natural Products, then we studied CBDP and THCP. We are now looking for CBGB, CBGP, CBCB, CBCP, and so on. There is still a long way to accomplish a comprehensive characterization of cannabinoids in a cannabis variety, but our work will pave the way to pharmacologists, toxicologists, and clinicians for the correlation of the observed biological effects with the chemical composition of the different cannabis varieties employed.”

The new study was published in the journal Scientific Reports.