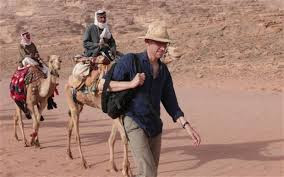 What comes out of this is that the whole content of Islam came much later. Add in that the original urban center is likely Petra as well along with the town Avdat mentioned and the whole creation story is a later construction.

All this means is that the whole process got the same treatment that Constantine provided Christianity once the empire was created in order to mirror the Roman invention of the Christian Church to replace the original Jewish Temple.  The question then is when?


This establishes that sixty years passed in which 685 AD the first coin appears. This was coincident to the full emergence of the Arab empire as a unified thing.  Thus it was all a creation  of ʿabd Al-malik Ibn Marwān,  at this time and place who directly copied the Roman model.  He also established Arabic as the imperial language as well and the creation of scripture would then become pressing.

What we clearly lack is any body of earlier documents to rely upon.  Mecca was also an imperial creation as well.  The original movement appears to have been a Nabutean inspired creation which certainly fits time and place, rather than the Bedouin background.

Thus a charismatic leader triggered an outburst of mostly barbarian desert folk that succeeded in overcoming its surrounds.  Respect for the obvious unifying power of the Church inspired direct imitation using much of the extant older christian texts that were readily available.