Vaccine McCarthyism is rooted in pseudoscience and false conclusions 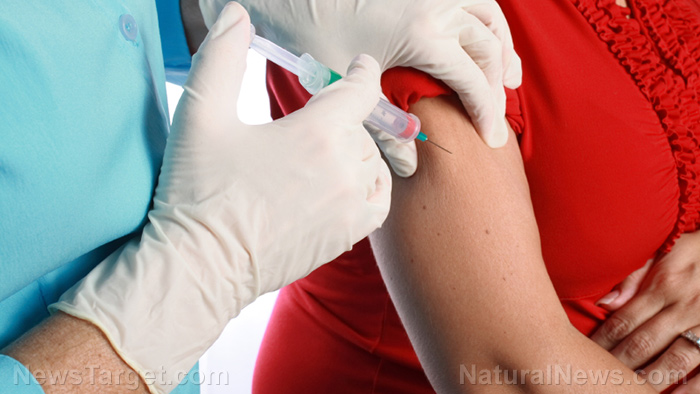 The fundamental problem is largely historic and that is also highly suspect as well.  The original MEME was floated in a sea of medical ignorance and actual empirical successes encouraged lucrative imitation which has now become endemic in itself.

All of which has taken the carrier chemicals over the safety thresholds.

It turns out that we have plenty of serious negative science here.

In the meantime, the industry is attempting to salvage their failing business model by lying.  This is progressively becoming more and more public.   The law suits are starting to fly as well.

Vaccines are a legitimate emergency response.  It has been used to drive certain pathogens to extinction.  This however is not often practical. It is certainly not justified as a blanket solution.

All that still does not address the mercury and aluminum and peanut oil components been injected now fully implicated in autism syndrome events and allergy events.  That firmly argues for minimum exposure protocols..
.
Vaccine McCarthyism is rooted in pseudoscience and false conclusions… the entire paradigm may be faulty from the start
Monday, January 06, 2020 by: Jayson Veley

(Natural News) Everybody knows that there is an ongoing debate in America and around the world regarding the safety of vaccinations, but what if the entire vaccine paradigm itself is deliberately flawed? What if, despite what we are constantly told by so-called medical experts and politicians alike, vaccinations have never been soundly confirmed to be either safe or effective? What if the Centers for Disease Control knew that vaccinations weren’t safe, but decided to ignore the health threats and risks associated with them anyway so that the American people would continue to take advantage of them?

In the year 2014, Dr. William Thompson, a senior epidemiologist at the CDC, risked persecution and national condemnation when he courageously stepped forward and made public thousands of pages of CDC documents that revealed numerous fraudulent studies and medical cover-ups regarding the risks associated with vaccinations.

Dr. Thompson has admitted in the past that he was regretfully part of the CDC’s effort to distort and hide scientific evidence proving that thimerosal and the MMR vaccines can and have lead to autism. In an interview with the Autism Media Channel, Dr. Thompson explained that he has made the choice never to give his wife, who was pregnant at the time, a flu shot because of the significant amount of mercury that she would be injected with. “I don’t know why they still give it to pregnant women,” Dr. Thompson said in the interview. “That’s the last person I would give mercury to.”

Are you still not convinced that the entire vaccine paradigm could be deliberately flawed? Consider this: A few years ago, the Council on Foreign Relations accidentally proved that countries that have the most highly vaccinated populations also have the largest number of outbreaks of infectious diseases. Specifically, a report released in early 2014 revealed that the United States, Canada, the European Union, Australia, New Zealand and Japan all had large numbers of mandated vaccines while also leading the list of nations with the greatest number of infectious diseases.

While the debate over the safety of vaccinations will likely continue for years to come, in the meantime, it would probably be a good idea to arm yourself with the facts. In 2013, Natural News founder Mike Adams compiled a list of ten facts about vaccines that the Centers for Disease Control and the vaccine industry don’t want you to know.

First and foremost, you need to know that mercury is still used in vaccines and the CDC even admits it. Despite what some “medical experts” and people within the vaccine industry say, there is no level of mercury that is safe to inject into the human body, especially young children. Even small amounts are not safe, because mercury is one of the most neurotoxic elements there is. (Related: Here is the shocking reason why aluminum is added to vaccines.)

Second, the Health Ranger explained in his 2013 article that polio vaccines, which have been injected into millions of people for decades, actually contained hidden cancer viruses, a disturbing truth that was admitted by a top scientist in the vaccine industry named Hilleman. “Up to 98 million Americans were exposed to hidden cancer viruses in polio vaccines,” Mike Adams wrote. “This is an historical fact.”

The third point, which also happens to be one of the most significant, has to do with the mainstream media and how they receive a significant amount of money from drug companies that sell vaccinations. As a result of this conflict of interest, the mainstream media intentionally reports on stories that are favorable towards vaccines while simultaneously refusing to cover stories that are critical of them.

Educate yourself. Think outside of the box. Because when it comes to vaccinations and the medical industry, everything might not be exactly as it seems.

GlobalResearch.ca
NaturalNews.com
Posted by arclein at 12:00 AM