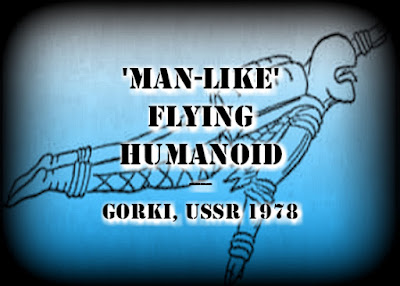 This is a clear report describing a human like individual that could well be a modified human. however it appears to be developed for an aqueous environment and is using a breathing support pack for atmospheric activity.


We had this creature described in scriptures as well along with actual carvings.. .


Here is a Marvel comics interpretation of those carvings et al.


There is now ample reports of obvious intelligent aliens out and about over the past decades. Yet they stay mostly out of sight which is not a problem as it rarely disturbs us. if anything we see little of the actual traffic and they do not interfere with our food production or how we live as well. 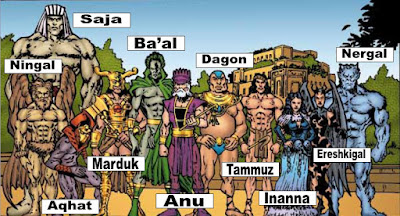 I recently received the following intriguing account from my friend and humanoid researcher Albert S. Rosales:

14-year old Valentine Valentinovich Gubsky was vacationing in this settlement and had gone for a walk along with some friends around the countryside. The weather was rainy, and it was foggy. Getting late the boys decided to walk back home and stopped to smoke some cigarettes. Unexpectedly bright flashes of light began to appear around them. At first there were 2 red flashes just in front of the boys. Then one more blue flash behind them and then one more white flash in front of them again. The flashes occurred at an altitude of a man of average height. Not having given special value to the event thinking that they were reflections of distant thunderstorms the boys continued to walk.


Right after the last flash the boys heard a monotonous quite sound similar to the sound of a moped motor coming from behind a nearby hill. The boys had the impression that the sound was approaching their location. One of the boys lagged behind and was smoking a cigarette when the others turned around to urge him on when they suddenly saw a shadow, with outlines similar to a human figure at a height of about 20 meters within the fog. Frightened and surprised the boys observed how the humanoid shaped shadow began to approach their location; it then changed slightly its direction of flight and passed to their right. As it approached the witnesses its outlines became sharper and the boys could now see that it was a person with its arms stretched out on its sides, they could not see a motor or flame. The sound seemed to originate from a point somewhere above the figure.

The figure was moving at about 35 mph. The appearance of the flying figure was clearly seen by the witnesses for about 15 seconds. The humanoid was proportionally built and seemed to have been wearing tight-fitting metallic overalls. Matte metal rings with something connecting them were positioned on the humanoid’s elbows where the shoulder incorporates to the forearm and also on the humanoid’s legs around the calves. The figure had approximately 5 rings on the arms and more than five on the legs.

The humanoid wore dark colored boots without heels. More things, though smaller, were visible also on the humanoid’s wrists. On its waist hung a large belt filled with numerous devices. One device was shaped like a triangle with its top cut off, color of the belt was the same, but more metallic. On the back of the humanoid the boys noticed something resembling a knapsack, shaped like diver’s oxygen cylinders.