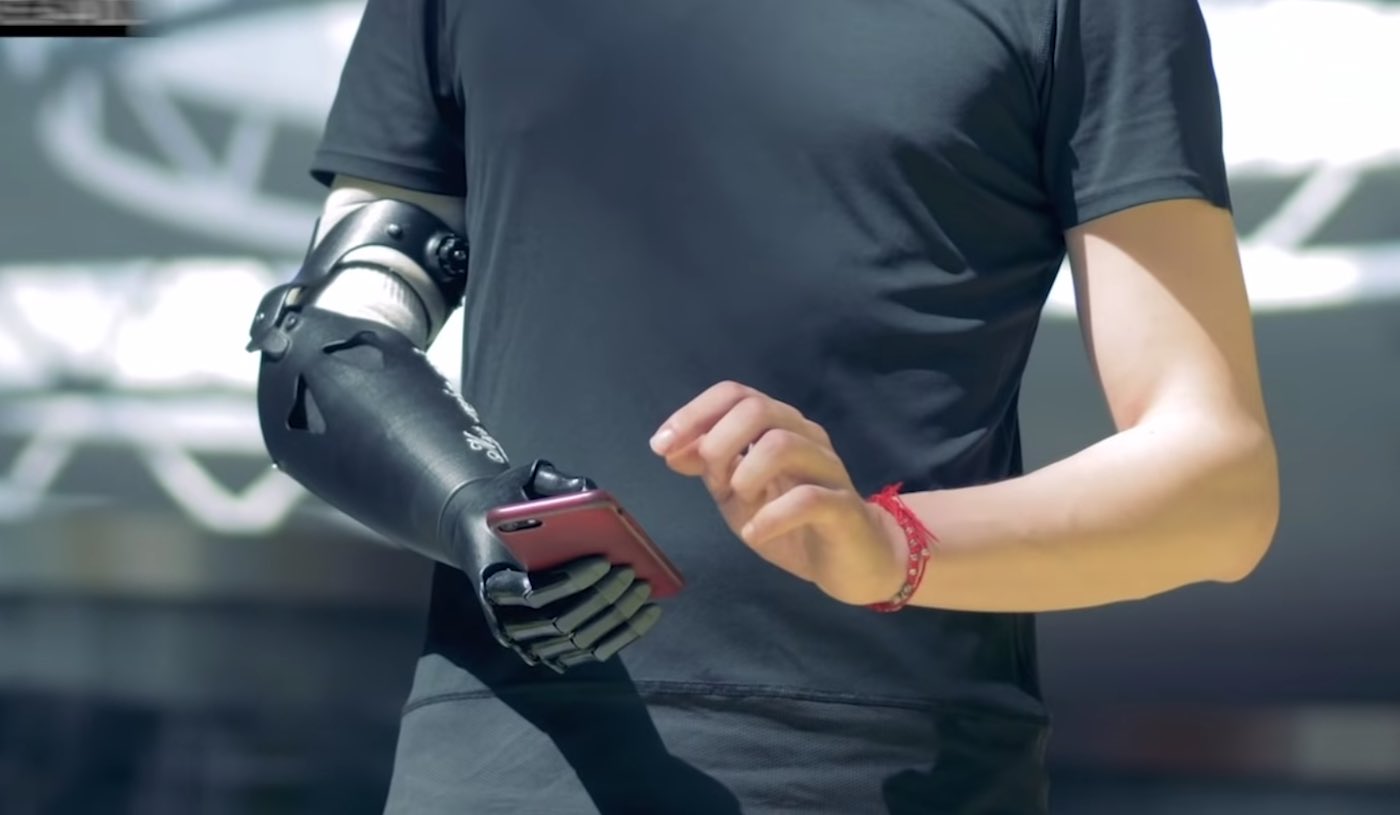 This is all getting closer and not just for those critically impaired were it is a clear blessing.  how about having much better drone control?  All of a sudden the deep sea is no long so deep. We are close now but all that means is that we are ready for a tactile system that really works.

At the same time we are seeing real raspberry pickers able to work as well.

Now we also need to integrate a proper bioptic vision system as well.  Let us go gather sea cucumbers without getting wet or getting the bends.
.


Researchers Have Successfully Made First-Ever Robotic Arm That Can Be Controlled By Your Mind
-Jun 30, 2019
https://www.goodnewsnetwork.org/first-robotic-arm-controlled-noninvasively-by-your-mind/

Being able to non-invasively control robotic devices using only thoughts will have broad applications, in particular benefiting the lives of paralyzed patients and those with movement disorders.

The team of researchers from Carnegie Mellon University in collaboration with the University of Minnesota made their breakthrough using a noninvasive brain-computer interface (BCI).


BCIs have been shown to achieve good performance for controlling robotic devices using only the signals sensed from brain implants. When robotic devices can be controlled with high precision, they can be used to complete a variety of daily tasks. Until now, however, BCIs that have been successful in controlling robotic arms have used only invasive brain implants. These implants require a substantial amount of medical and surgical expertise to correctly install and operate, not to mention cost and potential risks to subjects, and as such, their use has been limited to just a few clinical cases.


A grand challenge in BCI research is to develop less invasive or even totally noninvasive technology that would allow paralyzed patients to control their environment or robotic limbs using their own “thoughts.” Such noninvasive BCI technology, if successful, would bring such much needed technology to numerous patients and even potentially to the general population.

However, BCIs that use noninvasive external sensing, rather than brain implants, receive “dirtier” lower-resolution signals, leading to less precise control. Thus, when using only the brain to control a robotic arm, a noninvasive BCI hadn’t been able to stand up to using implanted devices. Despite this, BCI researchers forged ahead, their eye on the prize of a less- or non-invasive technology that could help patients everywhere on a daily basis—until they achieved a breakthrough.

Bin He, Trustee Professor and Department Head of Biomedical Engineering at Carnegie Mellon University, is achieving the ultimate goal, one key discovery at a time. 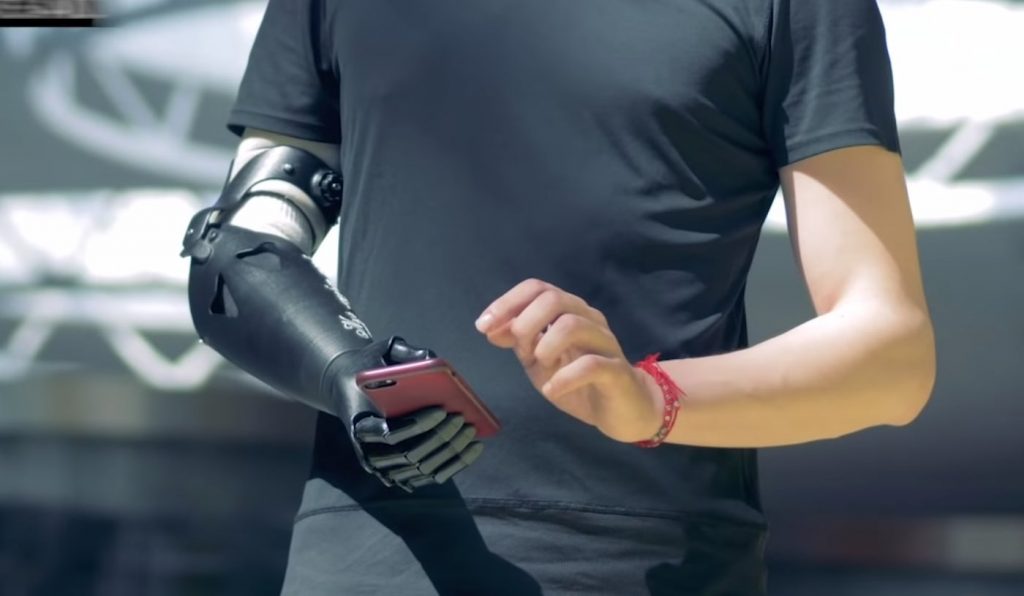 “There have been major advances in mind controlled robotic devices using brain implants. It’s excellent science,” says He. “But noninvasive is the ultimate goal. Advances in neural decoding and the practical utility of noninvasive robotic arm control will have major implications on the eventual development of noninvasive neurorobotics.”

Using novel sensing and machine-learning techniques, he and his lab have been able to access signals deep within the brain, achieving a high resolution of control over a robotic arm. With noninvasive neuroimaging and a novel continuous pursuit paradigm, He is overcoming the noisy EEG signals leading to significantly improve EEG-based neural decoding, and facilitating real-time continuous 2D robotic device control. (See the video below…)

Using a noninvasive BCI to control a robotic arm that’s tracking a cursor on a computer screen, for the first time ever, He has shown in human subjects that a robotic arm can now follow the cursor continuously. Whereas robotic arms controlled by humans non-invasively had previously followed a moving cursor in jerky, discrete motions – as though the robotic arm was trying to “catch up” to the brain’s commands – now, the arm follows the cursor in a smooth, continuous path.

In a paper published in Science Robotics, the team established a new framework that addresses and improves upon the “brain” and “computer” components of BCI by increasing user engagement and training, as well as spatial resolution of noninvasive neural data through EEG source imaging.

The paper shows that the team’s unique approach to solving this problem not only enhanced BCI learning by nearly 60% for traditional center-out tasks, it also enhanced continuous tracking of a computer cursor by over 500%.

The technology also has applications that could help a variety of people, by offering safe, noninvasive “mind control” of devices that can allow people to interact with and control their environments. The technology has, to date, been tested in 68 able-bodied human subjects (up to 10 sessions for each subject), including virtual device control and controlling of a robotic arm for continuous pursuit. The technology is directly applicable to patients, and the team plans to conduct clinical trials in the near future.

“Despite technical challenges using noninvasive signals, we are fully committed to bringing this safe and economic technology to people who can benefit from it,” says He. “This work represents an important step in noninvasive brain-computer interfaces, a technology which someday may become a pervasive assistive technology aiding everyone, like smartphones.”