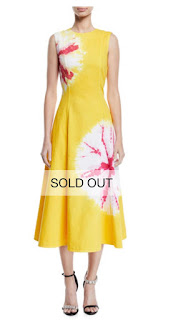 
The 8chann board has been down since it was abandoned around the first of August.  I have heard it may well be restored about mid September.  Regardless we do not get Q drops in the meantime.

In the meantime we see ample evidence of continuing activity under the sheets as it were.

What has become abundantly clear is that the hunted are trapped and are waiting for the knock on the door.  The weight of disclosure has now silenced almost all efforts to divert.

What is brewing is a global currency reset.  This is powerful.  What is critical to understand it that the banker's brew of debt will evaporate eliminating the Central Banking system.  Few really understand this.  It should trigger a sharp market collapse while it is rolling out.  Way more important is that the majority of US dollar holdings in the form of cash held by criminals will become worthless as well.  that will include all the cash held by government thieves as well and particularity the CPC .

An assertion is also been  made that there will now begin a global rejection of communism as the horrid political virus it happens to be.  This means an end to all trade with any form of communist regime.  Hong Kong is the festering trigger point.

It is clearly getting very Hot

(Disclaimer: The following is an overview of the current situation of the world based on intelligence received from several sources which may or may not be accurate or truthful.)

Central Banks are admitting defeat as signs of a New (Gold-Backed) Financial System are coming into light.

President Trump is stepping up attacks on the Federal Reserve to prepare the American public for the return to the gold standard.

The Federal Reserve’s Jackson Hole meeting and the G7 Summit are timely as the main topic is the global economy.

France’s President Macron agreed to scrap their national tax once an international tax agreement is reached.

All countries will transition to an international tax which is part of the GESARA agenda.

The situation in Hong Kong will trigger a global movement to reject Communism.

Meanwhile, sources still expect the RV to begin before the US Dollar crashes which will trigger the return to the gold standard.
Posted by arclein at 12:00 AM