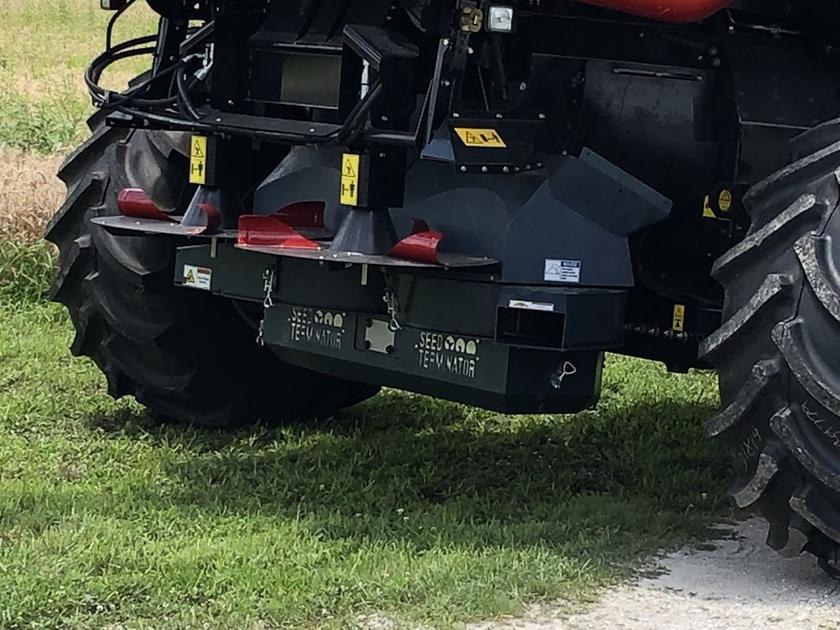 Well perhaps.  Simply bagging the chaff seems an equally viable choice as well.  That may even be a better choice as the material could make good cattle feed.

Grinding it up demands energy as well and that cannot get all the seeds either.  Capture prevents any thing going back on the field as well.

I do think that we need to see a new practice of light mulching established now that we are engaged in no till systems.  Since we no longer want to tear up the whole soil bed, it is time to make much lighter equipment that typically disturbs the top one inch of soil and tie this to much lighter tractors able to operate at a decent speed.  The point is to disturb the top layer in order to trigger several days of weed sprouting that is then followed be an additional reworking that knocks down those weeds...

This can additionally be integrated with the seeding process itself if it has not been done already. 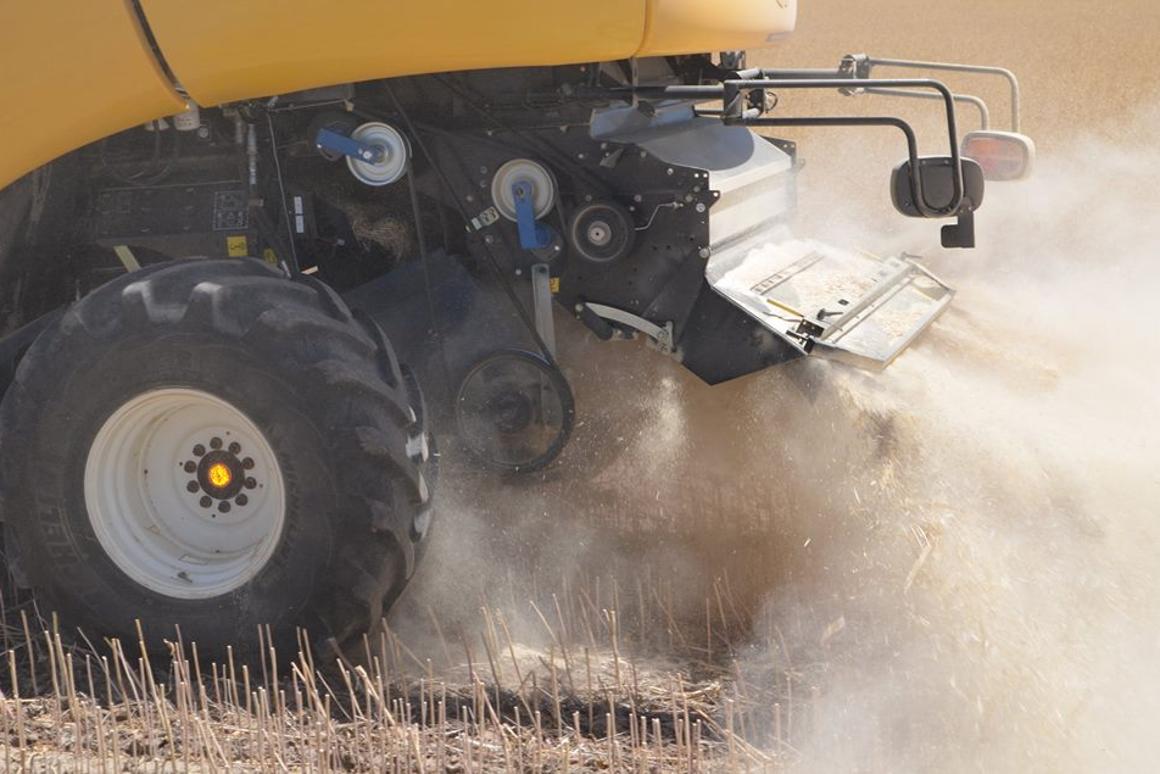 
Herbicides are not only harmful to the environment, but they're also costly and time-consuming to apply. A new device could drastically reduce the need for them, however, while also providing crops with a soil-health-boosting mulch.

Known as the Seed Terminator, the gadget was invented by Dr. Nick Berry, who is a farmer on Australia's Kangaroo Island. It incorporates two multi-stage hammer mills, which are retrofitted into the back of an existing third-party combine harvester.

Such harvesters already have screens inside of them, which are used to separate crop grain from the seeds of weeds that get harvested along with the crop plants. Those unwanted seeds are then expelled out the back of the harvester – along with the chaff waste from the crop plants – where they'll subsequently sprout back into new weeds. To kill at least some of those weeds, herbicides are typically used.

In the case of the Seed Terminator, however, the mills pulverize the seeds, so that they can't sprout. What's left is a fine sawdust-like mulch, that actually fertilizes the ground that it's spread upon. Installed on a typical harvester, the system flings that mulch a distance of 10 to 14 meters (33 to 45 ft).

When tested at the University of Adelaide, the device was found to kill 96 to 100 percent of "notoriously" tough rye grass seeds.

In fact, since 2016, a total of 82 Seed Terminators have been successfully field-tested in various parts of Australia. Another unit was trialed last year, near the Canadian city of Saskatoon, Saskatchewan. For this year's harvest season, a second device will be joining the one in Saskatchewan, plus two others will be assessed by universities in Washington state and Missouri. A fourth machine recently completed testing in Europe.

There's a new-and-improved version of the Seed Terminator now in the works, with plans for it to be commercially available sometime next year. It should be priced at about US$75,000.

You can see the device in use, in the following video.