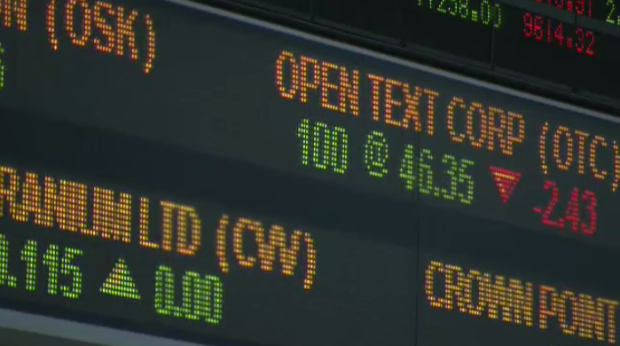 I do not often say anything about the direction and condition of the market simply because i will be always wrong in terms of specifics where it really matters, even if correct in terms of the general direction.  Yet there do come days when the tide is ready to shift.  We are days away.
There is a high probability that we will now have a deep downward correction in the Indices.  Some part of this can be triggered by the failure of Deutche Bank.  We have already had a preliminary break in the market this past week.  What i am looking for though is a deep 8000 point decline over as much as three months.
This is meant to be shocking and it will allow the possibility of restructuring as well.
What is key to understand is the political timing.  The massive correction will be over by the end of the year.  After that the market will advance steadily over the next year supporting and cheering on the Trump reelection campaign leaving the opposition nothing whatsoever to exploit.  If there was ever a good time to have a planned market break it is now.
In the middle of all the bad news of banks in trouble we will also see the political elite been exposed for all sorts of sordid crimes.  That they are democrats is a bonus.  Welcome the Epstein black book.

Stock market gyrates as the economic picture gets blurred

You're not the only one confused about where the economy is headed. Just look at the stock market, where perplexed investors have been sending stocks on a wild ride in August.

And there could be plenty more where that came from. Two notoriously volatile months for stocks lie just ahead.

Stocks around the world jumped Friday to cap another tumultuous week. Investors have been frantically trying to rejigger their predictions about whether U.S. President Donald Trump's trade war and slowing economies around the world will drag the United States into a recession. In the U.S., the result was a week where the Dow Jones Industrial Average had four days where it rose or fell by more than 300 points -- with an 800-point drop thrown into the mix.

Stocks, bonds and other investments heaved up and down throughout the week, with worries hitting a crescendo on Wednesday when a fairly reliable warning signal of recession flipped on in the U.S. Treasury market.

Friday marked the seventh time in the last 10 days that the S&P 500 swung by at least 1%, something that hasn't happened since the end of 2018, the last time investors were getting worried about a possible recession. At that time, they were concerned about rising interest rates, along with the trade war.

Don't expect the volatility to go away anytime soon, analysts say. No one knows when Trump's trade war will find a resolution, nor whether all the uncertainty it's created will push enough businesses and shoppers to hold off on spending and cause a recession. Some investors are digging in for trade tensions to last through the 2020 election.

"We're also heading into a tough season for the market," said Emily Roland, co-chief investment strategist at John Hancock Investment Management. "September and October tend to be the most volatile of the year for markets. We've been talking to investors for that reason to look for areas to prune risk within a portfolio."

The S&P 500 has lost an average of 1.1% in September over the last 20 years, making it the worst-performing month of the year. October's track record is better, but it includes the worst monthly performance in that stretch, a nearly 17% drop in 2008.

But Roland and other professional investors also caution that this kind of turmoil is actually normal for the market, when looking at it from a very long-term point of view. The U.S. stock market historically has had such bursts of tightly packed volatile days, interspersed between longer periods of calm. Since early 2009, whenever the S&P 500 has had a drop of 3% in a day, it either preceded or followed another such drop within a month 70% of the time.

"What's been abnormal is the super-low volatility" that investors have been enjoying for much of this bull market, which began in 2009, said Brian Yacktman, portfolio manager of the YCG Enhanced fund.

He sees the volatility as an opportunity to buy stocks at cheaper prices, and he's recently been partial to bank stocks, which have been hammered on worries that lower interest rates will hurt their profits.

"When you have volatility like this, you're actually buying the market on sale," said Rob Scheinerman, CEO of AIG Retirement Services. "That's a great thing."

Technology companies and banks did the most to drive Friday's broad rally as investors regained some appetite for riskier holdings. Utilities, which have been one of the safer havens for investors this month, lagged the market.

The bounce for yields followed a weeklong slide that included a sharp drop on Wednesday that rang yet another alarm bell for the economy. The 10-year Treasury yield dropped below the yield on the two-year Treasury, a rare occurrence and one that has historically suggested a recession may be a year or two away.

Investors are hoping that the Federal Reserve will continue to cut interest rates in order to shore up economic growth. The central bank lowered interest rates by a quarter-point at its last meeting. It was the first time it lowered rates in a decade.