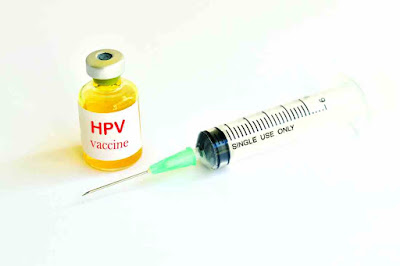 I do not think this is fake science.  That is the first concern.  It is also how a covert sterilization program would look.

Throw in the known MEME pushed by our so called NWO of the need for a major population reduction and we have a willing source who controls the pharmaceutical industry to begin with and certainly has the resources to do this.

Human fertility has been under assault for at least sixty years.  It arguments in favor of this are nonsense but that never stopped these guys.

HPV has attracted a lot of heat, but never specifically as a sterilization agent.

A new research study has found that 25% of girls who receive the Human Papillomavirus (HPV) vaccine end up sterilized. They will never be able to conceive children.

This information comes from a study published in the Journal of Toxicology and Environmental Health in June 2018 and titled, “ A lowered probability of pregnancy in females in the USA aged 25–29 who received a human papillomavirus vaccine injection.”

The study adds that many vaccine recipients have reported “primary ovarian failure” – girls in their teens and young women in their 20s are suffering late­stage menopause, triggered by the vaccine.

If you raise any questions about the vaccine schedule in America at all, the pro­vaccine crowd will begin screeching that you want to kill children. Are we really curing something like polio, which used to leave victims with crippled limbs for life when we vaccinate children against HPV? Not even close!
HPV causes genital warts in some carriers. According to the CDC, most people who contract HPV will never show any symptoms at all. There is no treatment for it, but the virus goes away on its own. Out of every 5,575 women who contract HPV, one will die from complications from a related cancer.

You are more likely to drown, choke to death in a restaurant or be killed in a bicycle accident than to die from an HPV infection. Here’s another gut­ punch:

The vaccine is no guarantee that a person will not contract this mostly benign virus. It merely reduces the chances.

Is it worth sterilizing 25% of the women in America for that?

HPV can only be transmitted sexually. In other words, HPV is 100% preventable if you practice monogamy. If you don’t have sex until you are married, and you don’t commit adultery against your spouse, you have a zero percent chance of contracting HPV.

How many girls would opt out of the HPV vaccine if they knew it carried a 25% chance of lifelong sterilization? “This shot will partially protect you against one of the thousands of sexually­transmitted diseases available, BUT... there’s a one in four chance you’ll never be able to have children if we give
you the shot.”

The price for the HPV vaccine should be too high for any parent to seriously consider it for their daughters.

Unfortunately for most Americans, almost every state is now considering legislation to make the HPV vaccine mandatory, and Big Pharma is throwing a lot of money around to make that happen. Our duty is to get the results of this research study into as many lawmakers’ hands as possible.
Posted by arclein at 12:00 AM