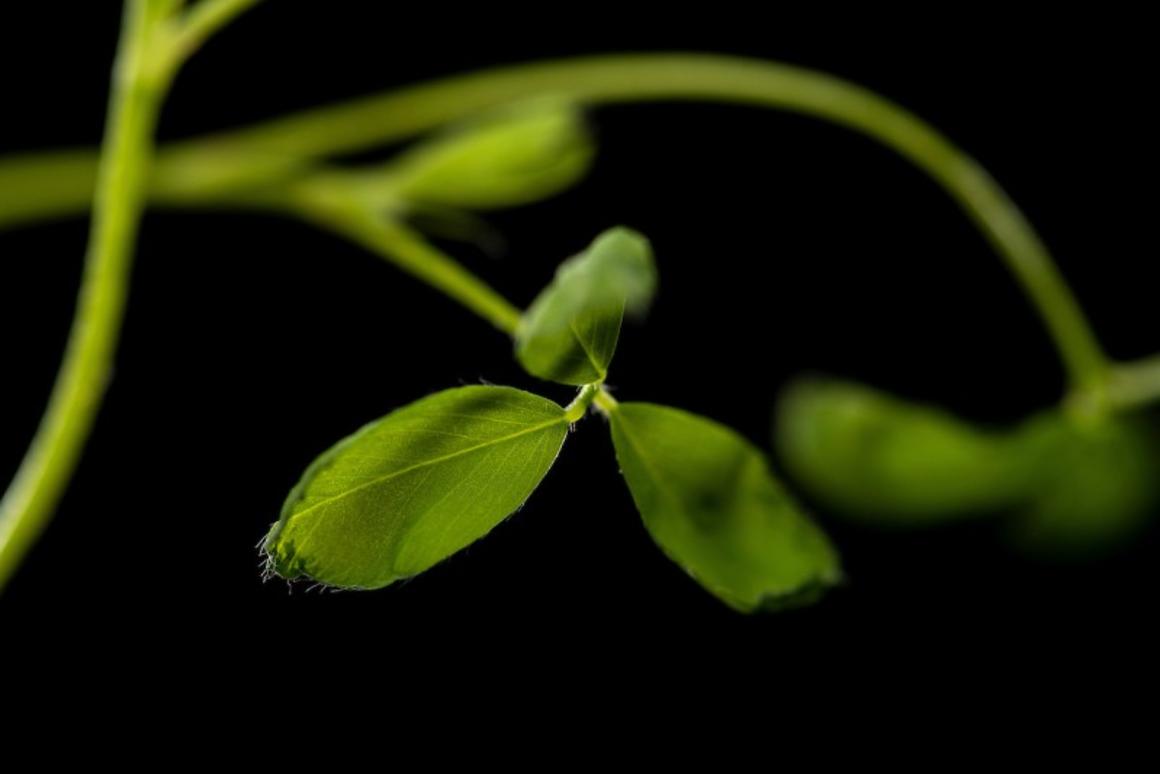 This is welcome news. Inoculated alfalfa seeds will sprout in saline soils and prosper.  That alone is important.  Other protocols exist to stimulate viable soils as well, but this means that a damaged soil can be turned back into a robust sod that runs deep.

That can feed cattle and the sod can be maintained until the salinity itself has been slowly washed away.

We can stop been quite so fearful in terms of irrigation damage. In fact, actual rotation with an inoculated alfalfa may well help to balance out the damage.


A close look at one of the salt-resistant alfalfa plants

Much of the world's soil is already too salty for agriculture, while existing cropland is becoming ever-saltier with repeated irrigation/evaporation cycles. There could be hope, though, as scientists have developed a method of growing plants in what would otherwise be "unusable" soil.

Led by Prof. Brent Nielsen, researchers at Utah's Brigham Young University started by grinding up the roots of three types of plants known collectively as halophytes. They're able to grow in very salty soil, thanks to bacteria that occur naturally in those roots.

After placing the ground-up roots in Petri dishes, the scientists were able to grow and isolate some of these beneficial bacteria. The microbes were subsequently incorporated into a liquid solution, which was in turn applied to alfalfa seeds. When those inoculated seeds were put in a growth medium that was 1 percent sodium chloride – a salt concentration that would greatly inhibit the growth of untreated seeds – they readily sprouted and grew into plants.

Among the bacteria that were isolated from the halophyte roots, it is believed that Halomonas and Bacillus were particularly responsible for the salt-tolerance effect. Armed with this knowledge, the researchers have now begun conducting greenhouse experiments on rice, green beans and lettuce, with full-scale field trials on crops set to follow.

"We've long wondered if increasingly salty land was just a losing battle or if there was something we could do about it," says Nielsen. "Now we have shown there is something we can do about it."
Posted by arclein at 12:00 AM