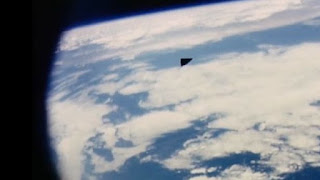 I am writing this in order to clarify something.  First though there are ample reports describing legitimate aliens.  No problem there.  What is a problem is the strong increase in sightings over the past fifty years.

We also know that the USA (allied)  Military research went dark on gravity control around 1955.  This is extremely important as gravity control is necessary in order to actually have any form of a UFO that conforms to all the known sightings ( + 100,000 )  For that reason, it appears clear that we need to understand that this increase is driven by human operated gravity machines and not alien operated UFOs

Thus the military has run the alien MEME as a disinformation HOAX since the very beginning and continue to do so.

The amount of information we do have regarding Aliens is scant.  Typically from one particular witness for some of the types.  Paul Helyar disclosed that we have over seventy known species and he is the one witness that did have the necessary security clearance and political position to actually know.  He served during the whole of WWII in the Artillery.  He then entered politics soon enough and became the very controversial defense minister in 1963 where he unified the Canadian armed forces and managed the necessary downsizing and mission change of those times.  He really had it all.

He also met once with aliens.

No one else from that era and then in a real position of power similar to that of Ike is now alive, let alone talking.  Most certainly he was a senior player in the creation of the allied UFO research program that is clearly ongoing and certainly deploys thousands of folks we never hear of.