Aussie Landlords Hit With Biggest Drop In Rent In 15 Years 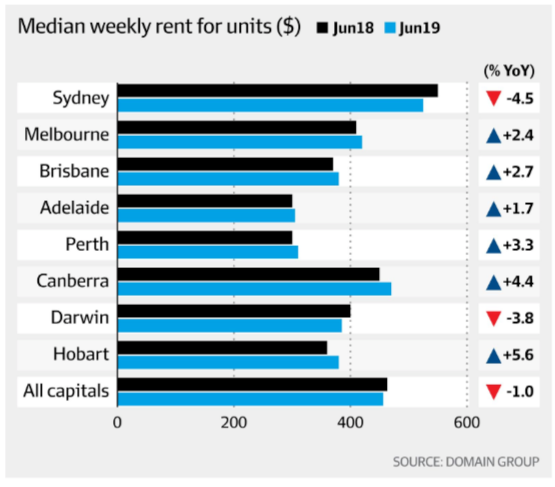 Sometimes we need to be reminded that markets can go down and that this can be deep and sharp after a long run up of pricing.

Plenty of real estate markets are long in the tooth and will need ultimately be repriced and restructured.  The problem for money is that it continues to be about the only place that can deliver a thirty year slow price climb using borrowed money.  Many folks have gotten rich.

Alternative investments do not really exist.   This can be very unfortunate and politicians are beyond fixing it all..

Aussie Landlords Hit With Biggest Drop In Rent In 15 Years


Australia's housing market is at risk of imploding. A decade of lowering interest rates to 1% and printing money to drive up home prices has led to dangerous imbalances in real estate markets across the country - that will soon be corrected.

Take, for example, Sydney, rents in the three months to June plunged the most in 15 years as the "last legs" of the city's debt-fueled apartment boom floods the market with supply, leaving tenants with more choices than ever, reported The Australian Financial Review. 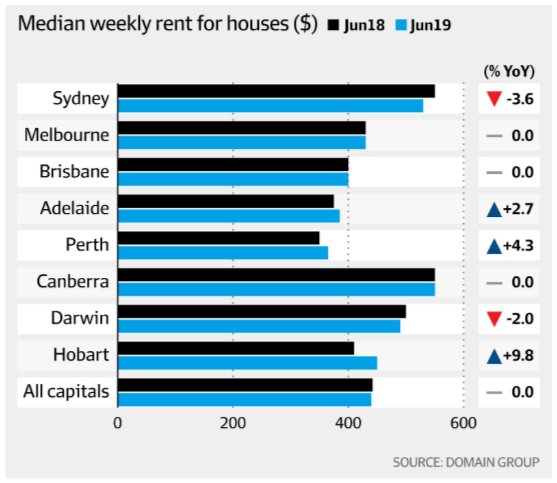 Domain noted that Sydney and Darwin were the only two cities to record declining rents on a YoY basis, while house rents in other regions started to deteriorate on a QoQ basis.

Over the three months, house rents in Canberra fell 3.5% to $550 while apartment rents increased by 1.1%.

Apartment rents in Melbourne, Hobart, Brisbane were stagnated over the quarter, while in Adelaide they slipped 1.5% and 3.8% in Darwin.

Declining rents and falling home prices in Sydney have culminated into a perfect storm for Sydney landlords.


"It's good news for tenants, but still at that level, Sydney is very expensive relative to other cities," Wiltshire said.

A deteriorating real estate market is more bad news for Sydney landlords. Many are not just dealing with plunging rents, but also, house prices have fallen nearly 10% over the year.


"We kicked off a big construction boom in 2012, which is now in its last legs for Sydney with the latest ABS figures showing that apartment commencements in Sydney are down by more than half over the past year," said Pete Wargent, co-founder of property investment advisory firm Allen Wargent.

Wargent said new supply would continue to put downward pressure on rents through 2020.


"These things go in a cycle, but it forces landlords to provide a better product to compete for tenants, it frees up a bit of cash flow for the tenant which is good if they can rent for less. In the short term landlords might have to take a bit of a knock on the rent but it's not necessarily all a bad thing," he said.

And recently, the University of New South Wales professor Richard Holden warned that Australia is in "effective recession." The country's per-capita GDP declined in both 3Q18 and 4Q18, which has damaged real state markets across the country and possibly pricked the decades-long bubble.
Posted by arclein at 12:00 AM