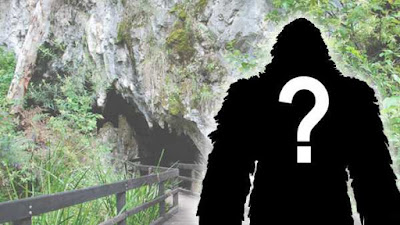 Important report.    The last report starts at 15.00.  Tim was grabbed by a very powerful creature that took him a full thirty miles away uphill.  He never saw the creature and then passed out.  When he came to, he was shoeless and abruptly understood he was to be eaten.  He panicked and took off for some distance until he found an open clearing in which he was found.

This story conforms to the many reports we have had of the Giant Sloth rather than the Bigfoot.  This creature typically kills a capture and i do not understand why this witness survived except that he fainted and the Sloth though he was dead.  That he understood mentally that he was to be eaten also conforms to the Sloth.  Most assuredly, the Sloth was able to block the vision of his friends when he was taken.

This is an unpleasant story that informs on a number of other known cases.  Even in the company of friends, he was taken.  This is unusual and continues to confirm the forced blindness.  A Bigfoot could also have done this as well and the remote location may have meant no real knowledge of humanity and this was a kill of opportunity.  It is also common to see a destination close by a boulder field.

We need to develop a vision system that spots creature blocking our vision.