Is Asperger's syndrome the next stage of human evolution? 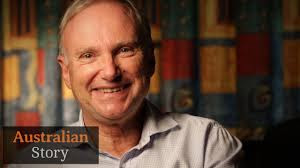 I do think that Asperger's Syndrome has been conflated with a broadly developed autism spectrum of symptoms in quite the same way we can dig out a hundred reports conforming to the Giant Sloth Meme in thousands of Big Foot reports.

Asperger's has famously been associated with clearly high performance individuals while Autism more generally conforms to a natural subset of the whole human population suffering from a form of physical damage that is subtle. That is why we have a rise in autism cases associated with negative reactions to the injection of foreign substances in our bloodstream.  I suspect that we are not getting more high performance minds though from all this.

The training of a high performance mind demands focus and intent.  Famously 10,000 hours in fact.  I do not think you get there otherwise.  I have met plenty of examples of individuals who had the capacity but never paid the price.

Paying the price does significantly change your brain itself and establishes a different set of preferences in terms of relating to the world.  This can be easily seen as autism like when it is not.  Add in induced childhood preferences as well and you have a high performance alien mind for the casual observor.


Is Asperger's syndrome the next stage of human evolution?