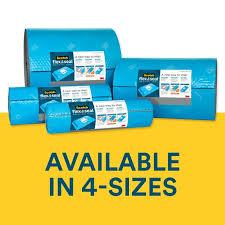 Obviously not so good for irregular objects needing protection.  Yet it is also true that we can design to these shipping specifics as well. Thus we will see a lot of this system.  The real trick is that it does not lock onto the contents.

This is an ideal solution for shipping books which always demand costly box protection which is never perfect.

It is also not so hard to design protective forms as well from pressed fibers to apply before sealing.

All this supports a superior packing protocol
.

The company is launching a new material that could reduce the time, materials, and space required to ship products by 50%.

Getting things delivered has never been more convenient. With just a few clicks, you can have a new bottle of shampoo sitting outside your door the next day, or that cool T-shirt you’ve been eyeing on Etsy. But when those items arrive at your door, there’s a good chance they’ll be in a too-big box, stuffed with lots of wasteful packaging filler.


That’s why the Minnesota-based materials company 3M is releasing a new type of packaging that requires no tape and no filler, and it can be customized to fit any object under 3 pounds—which 3M says accounts for about 60% of all items that are bought online and shipped. 3M claims that the material, called the Flex & Seal Shipping Roll, can reduce time spent packing, the amount of packaging materials, and the space needed to ship packages.

[Image: 3M]The roll is made out of three layers of different plastics that 3M developed, including a gray, internal adhesive layer that sticks to itself (you’ll see why in a moment). There’s also a middle cushioning layer that seems similar to bubble wrap to protect items during shipping, and a tougher outside layer that is tear- and water-resistant. It comes in rolls of assorted sizes, almost like wrapping paper: 10-foot, 20-foot, and 40-foot rolls are available now with prices ranging from $12.99 to $48.99, and a 200-foot bulk role will soon be available in August.


To use the Flex & Seal, you just place your item on the sticky gray side of the material, fold over enough material to encapsulate your item, and press the adhesive sides together to seal it up like a calzone. The gray side of the packaging will stick to itself, and not the object you want to ship, and 3M says the seal is robust enough to stay in place during shipping—no tape required. After about 30 seconds, during which you can reposition the item if you didn’t seal it to your liking the first time, the adhesive gets so strong that you have to tear the plastic a bit if you want to pull it apart. That protects your package from tampering, while making sure it’s easy enough to tear open or cut with scissors on the other side.

The Flex & Seal is one way that 3M is trying to get in on the gold rush of the on-demand economy. The U.S. Postal Service handled more than 6 billion packages in 2018, and UPS recently reported net income of $1.69 billion in the second quarter of 2019, up from $1.49 billion during the second quarter in 2018.

Many of those billions of packages are transported using cardboard boxes. Companies like Amazon and Target are racing to make their box designs more efficient, but these are incremental improvements. And for the thousands of smaller merchants that sell items via large marketplaces like Amazon, Etsy, and eBay, as well as small businesses and direct-to-consumer startups, putting together a box is time-intensive. They are often stuck doing things by hand.

[Image: 3M]When 3M started doing ethnographic research to understand the problems these merchants had, the team found that people were so accustomed to thinking shipping had to be done using boxes, filler, and tape that they didn’t even see it as a problem—just a necessary evil. “It was the bane of their existence,” says Remi Kent, who oversees business globally for 3M’s Post-it Notes and Scotch Brands. “But they didn’t know of any other alternative. They’d have up to 10 steps for preparing, packing, and shipping.”

On top of the manual labor of shipping lots of products, the rise of fast delivery has also raised consumers’ expectations for small brands, which are now up against the likes of Amazon. “[The online economy] . . . has changed the expectations on both ends, whether you’re an online marketplace owner and small business and you’re responsible for sending, but also the consumer expectations around how and when you expect to receive [packages],” Kent says.


3M is also looking into business partnerships with larger retailers, insisting that Flex & Seal could help them compete against each other to be the most convenient place to buy goods online. Amazon plans to spend $800 million to bring one-day shipping to Prime members, while Walmart aims to have one-day shipping nationwide for all customers, and even Target recently announced that it’s going to offer same-day delivery for 65,000 items. “Some of their business is automated [with robot-powered fulfillment centers], but some is done by hand,” Kent says. “We think we’re a better solution for those items done by hand.”


The Flex & Seal is recyclable—it’s made of the same material as disposable plastic bags. But similar to plastic bags, the only way to recycle it is to take it to certain retail stores and recyclers, which might be able to include it in their plastic bag recycling program. That means you can’t toss it in your recycling bin with old milk cartons and empty soda cans. Compared to cardboard boxes, which can be easily recycled, that’s a hassle most consumers likely won’t bother with. Kent recognizes this is a problem, and says the team is working on making it easier to recycle. “We’re looking at how could we change the construction of the material choices so it becomes easier to recycle at your home,” she says.

But Flex & Seal does have an environmental benefit, compared with cardboard, 3M says: Shipping companies would be able to fit more of this type of package in a single truck, making the supply chain more efficient and potentially reducing emissions (3M has not done the calculations to discern how much).


If Flex & Seal takes off, perhaps it will replace the cardboard boxes that usually land on your doorstep with thin, blue packages.
Posted by arclein at 12:00 AM