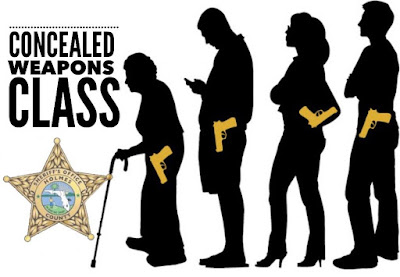 This is more like it.  your so called militia do need core skill training with any weapon.  In fact you need to be well checked out on any new weapon.  You should be able to properly operate it in pitch darkness.  The sounds alone should inspire an intruder to surrender.  Just imagine intruding in a house and the lights all go out and you hear someone loading in a mag and then cocking the weapon.  It now takes real guts to keep intruding.
Even better your training cadre get to know who their militia actually are and can call on them in an emergency.  this is all sound practice and the sooner implemented the better.

I have long grown tired of all the knashing of teeth on so called gun control when it is really about trust.  That is earned by training.  If you are unwilling to train,  I am unwilling to unlock your gun collection ever.

An untrained person with a weapon is a pending victim.  Just why do cops win most of the real fire fights that brew up?

“We hope something like that never happens here, but we want to always be prepared,” Tate said in press release. “Being prepared isn’t a bad thing; we just hope we never have to put that preparedness into action.”

The advanced firearms course will offer a more in-depth training in which participants will work through shooting scenarios, as well mental and physical training.

“We want our permitted citizens to be comfortable and knowledgeable when handling their guns,” Tate said. “With tragedies such as those in El Paso and Dayton, we cannot set aside the fact that sometimes, the only thing to stop a bad guy with a gun is a good guy with a gun.”

In addition to the basic concealed weapons class and advanced firearms training, the Sheriff’s Office also offers safety and security evaluations for local churches and businesses. Any church or business interested in consulting with Sheriff Tate regarding safety improvements can call the Sheriff’s Office at 850-547-4421 for more information.

The next basic concealed weapons class will be held at 10 a.m. at the Holmes County Jail Saturday, Aug. 10, at a cost of $25.

The advanced firearms training will be open only to current concealed weapons permit holders. Class dates will be announced soon.

This story originally published to nwfdailynews.com, and was shared to other Florida newspapers in the GateHouse Media network via the Florida Wire. The Florida Wire, which runs across digital, print and video platforms, curates and distributes Florida-focused stories. For more Florida stories, visit here, and to support local media throughout the state of Florida, consider subscribing to your local paper.
Posted by arclein at 12:00 AM