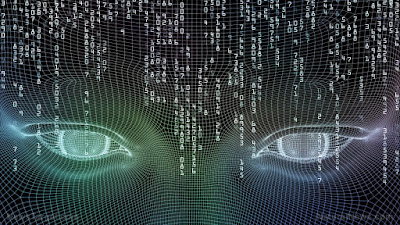 Of course they are.  This is leading edge as possible, however remote in reality. Still early days however they likely think otherwise.

Hitting an on off switch is better done the old fashioned way.  What this really needs is a killer app.

Imagining one is the real challenge.  How about passive muscle stimulation?  That is useful and needs close monitoring in order to optimize.  Extending senses would also be welcome.  How about seeing around corners?  That has real military application.

(Natural News) Transhumanism is well on its way to becoming a reality in the United States military, as the Pentagon has announced that it’s working on a new “neural interface” technology that would connect human brains directly to machines as a way to control them.

The Defense Advanced Research Projects Agency, also known as DARPA, says the technology, known as Next-Generation Non-Surgical Neurotechnology, or N3, will allow troops to connect to special military control systems using just their brainwaves. The technology will allow for humans to not only control military machines with their minds, but also the inverse – military machines would be able to transmit information to users’ brains as well.

The goal is to combine “the speed and processing power of computers with humans’ ability to adapt to complex situations,” according to DARPA. It will allow people to “control, feel and interact with a remote machine as though it were a part of their own body.”

“From the first time a human carved a rock into a blade or formed a spear, humans have been creating tools to help them interact with the world around them,” says Al Emondi, the program manager at DARPA’s Biological Technologies Office.

“The tools we use have grown more sophisticated over time … but these still require some form of physical control interface – touch, motion or voice. What neural interfaces promise is a richer, more powerful and more natural experience in which our brains effectively become the tool.”

Mark of the beast: melding humans with machines

DARPA claims that the technology is completely innocent, as similar iterations of it for disabled veterans are already in use. “Revolutionizing Prosthetics,” as it’s called, is a program by DARPA that implants electrodes into disabled veterans’ brains, allowing them to control prosthetic limbs simply by thinking about it.

But isn’t that always how egregious new forms of transhumanism typically start? Positive anecdotes about how invasive technologies are “helping people” almost always functions as the gateway to more government control over humans – in this case, military servicemen who are being told that implantable technologies stand to benefit humanity.

DARPA’s rhetoric would have us all believe that combining man with machine is somehow beneficial and even “natural,” even though its true implications are more “mark of the beast” than they are revolutionary breakthrough.

Consider that with N3, able-bodied members of the military would need to ingest “different chemical compounds,” according to reports, in order to activate external sensors that both read and write information to the brain. This technology has to be “bidirectional,” claims DARPA, though the agency has not fully revealed precisely why this is the case.

It’s the type of thing one might expect to see in a sci-fi movie, except it’s now happening in real life. In the future, as openly admitted by DARPA, members of the military will be able to control attack drones with their brains, or deploy robot warriors using just brain motor signals and thoughts.

The technology is even being designed to provide real-time feedback about events happening in the world, such as cyber attacks. Users will purportedly be able to “feel” these events inside their bodies through “sensations.”

“We don’t think about N3 technology as simply a new way to fly a plane or to talk to a computer, but as a  tool for actual human-machine teaming,” Emondi admits.

“As we approach a future in which increasingly autonomous systems will play a greater role in military operations, neural interface technology can help warfighters build a more intuitive interaction with these systems.”

For more information about the agenda of the military-industrial complex to combine man with machine, be sure to see Transhumanism.news.