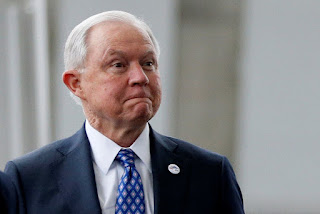 This just landed and it provides a careful outline of the ongoing purge of the DOJ and the FBI which must happen before we actually unseal those indictments.

The precise role of Mueller is also better understood.

Sessions task has been to step by step clean house with the direct assistance of the IG.  The big step was the Supreme Court.

I want to share something here.  Obvious Military targets are likely already dealt with and that took place last November.  That certainly included McCain, Soros and the Clintons as enemy combatants.  Many others may well need an executive order now that control of the Supreme Court is in place.  Does Treason make you an enemy combatant?

We understand that there is extreme fatigue and frustration re: the wheels of justice [slow].
Exclude emotion and personal desire, instead use logic and critical thinking based on situational awareness [undo a lifetime of evil & corruption [infestation] in the span of less than 2 years w/ a corrupt DOJ & FBI in place?].

How can you make arrests [non military] prior to first fully cleaning out corrupt elements [at the top] of those departments [FBI][DOJ] that oversee ‘investigation & prosecution’ in the United States [they [themselves] are the very ones engaged in the illegal treasonous acts]?

How do you ensure those prosecuted [non military] would receive an impartial judgement based on the RULE OF LAW?

How do you ensure 'appeals' to the U.S. Supreme Court are evaluated impartially > based on the RULE OF LAW?

How do you navigate around installed BLOCKADE?

Who must authorize firing of FBI/DOJ officials?
Why did McCabe try to take SESSIONS out?